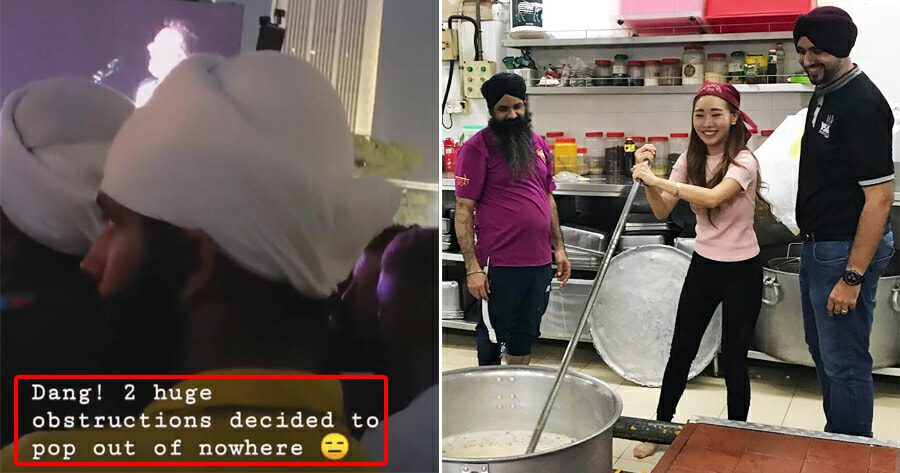 On 21st September, Singaporean beauty and travel influencer, Sheena Phua, uploaded an Instastory while she was at the F1 Grand Prix. Her photo showed two Sikh men in white turbans in front of her with the caption, “Dang! 2 huge obstructions decided to appear out of nowhere 😑”

This sparked an outrage among netizens and Singaporean celebs who slammed her for being racist. One celeb even reposted Sheena’s Instastory and tagged the various brands that sponsor her asking, “Y’all endorse this?”

While she continued to face major backlash for her Instastory, which has since been spreading like wild fire on social media, Sheena apologised for her negligence.

She said that her post had not been directed towards Sikhs or any other religion, but that she was simply referring to a “physical obstruction” due to how tall the Sikh men were.

“The obstruction being referenced in my video was a physical obstruction as the 2 Sikh men were taller than me and blocked my view of the show in front. This would have been the same were they any other race or gender,” she said.

“I understand that this can be taken out of context and can assure the respectable Sikh community that I did not mean it as a racist or derogatory remark toward their community and culture.”

“I have made it a point never to insult or belittle any race or religion in any of my postings before, and never had the intention of doing so.” 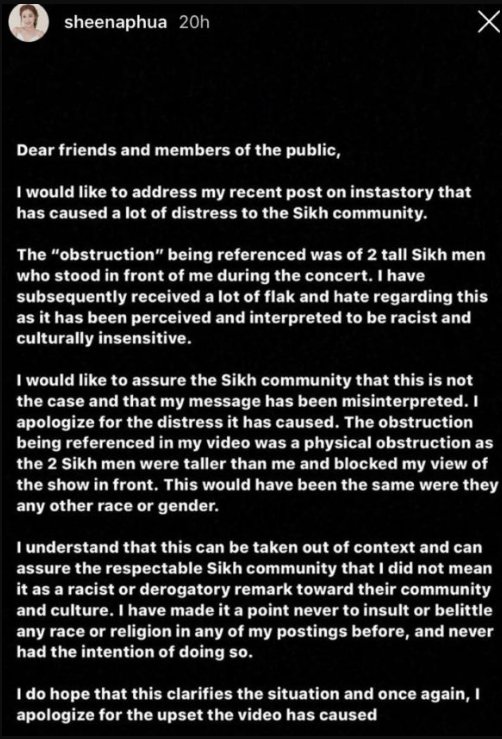 While many still refused to accept her apology, the Young Sikh Association of Singapore (YSA) took the effort to reach out to Sheena and invited her to their Gurdwaras – a place of assembly and worship for Sikhs.

Even though they had every right to feel offended by her post, they brought her in and showed her around the Gurdawa, helping her learn more about the Sikh community and culture. 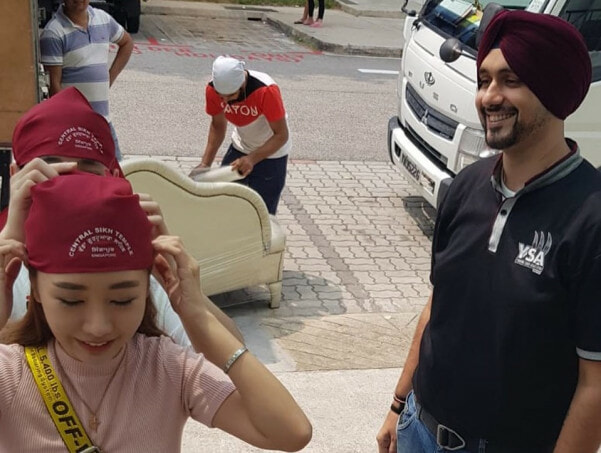 “By her own admission, she shared that she didn’t know much about the Sikh community. She didn’t have or know of any Sikhs who may have been at school with her,” YSA wrote in their Facebook post.

“Now that we know her better, would it still be fair to say that she would have known better when she initially put up her post that some found offensive?”

“We all have our own experiences that inform what and how much we know about others in our community. Also, don’t we all hope that when we make a mistake and cause unintended offence or hurt, that others will show us empathy, be understanding and forgiving?”

“Better yet, when we make mistakes don’t we all hope that we can expect people will act on their convictions and reach out to us in friendship, as opposed to reacting based on emotions and pointing fingers to blame.” 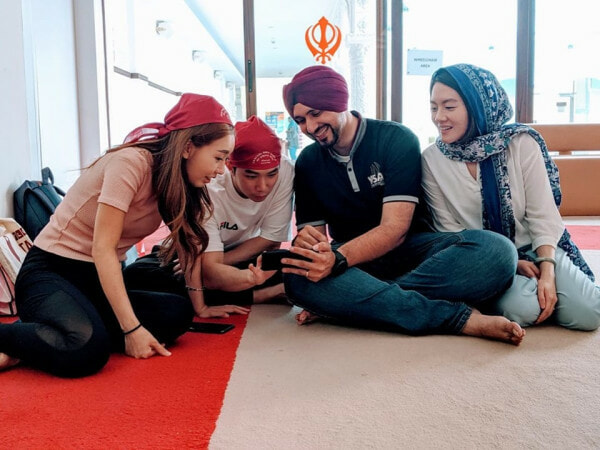 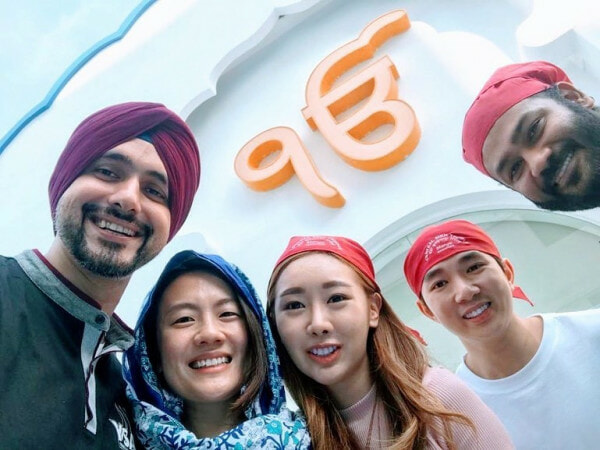 Several photos were also posted by YSA showing Sheena at Central Sikh Gurdawa at Towner Road, learning about their culture through food preparation and many other Sikh traditions, including looking at the Guru Granth Sahib, the Sikh’s holy scripture. 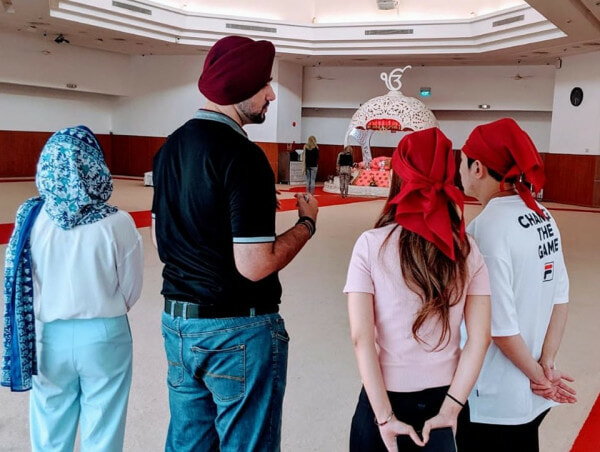 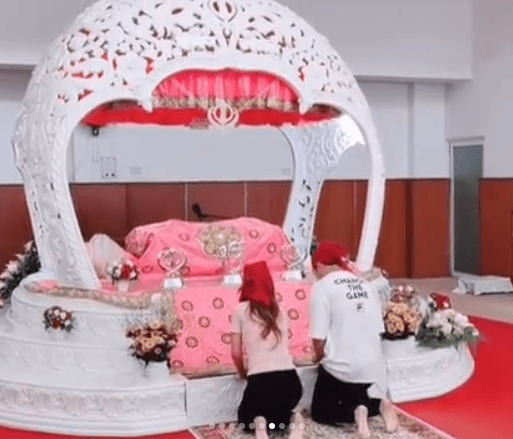 “From the moment I first stepped into the temple, I had never felt more welcome,” Sheena wrote in an Instagram post.

“The YSA received us with open arms and we had a delightful exchange on our cultures over a meal (Langgar), as well as did some service (Sewa) in the form of food preparation.”

“Never once did I feel intimidated or awkward with YSA, and I realised that they really uphold the values of promoting harmony and strengthening ties.” 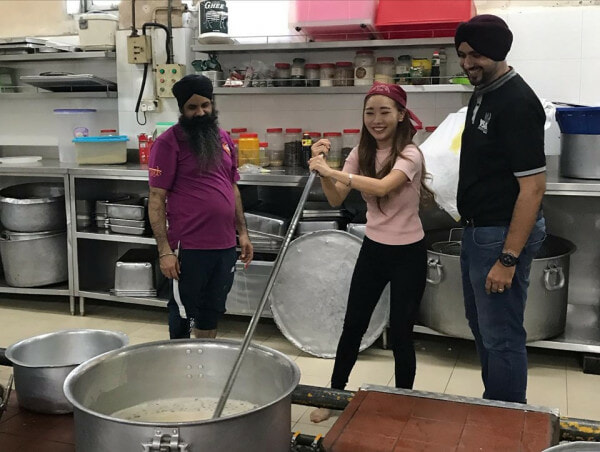 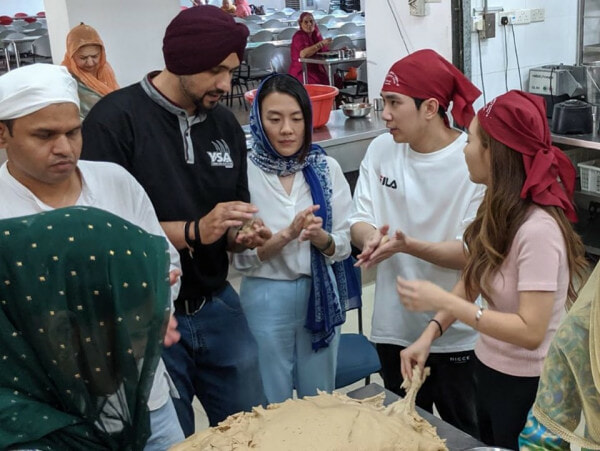 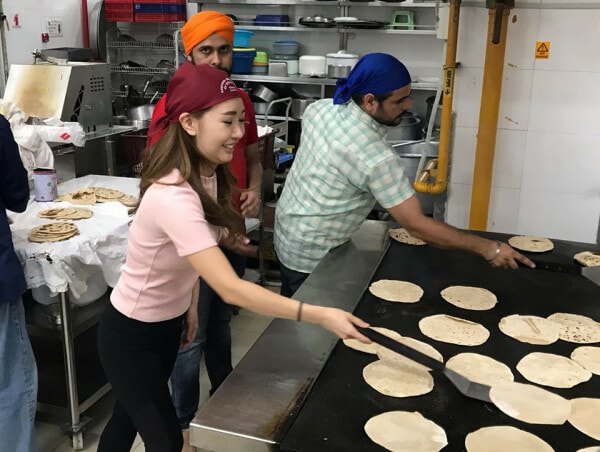 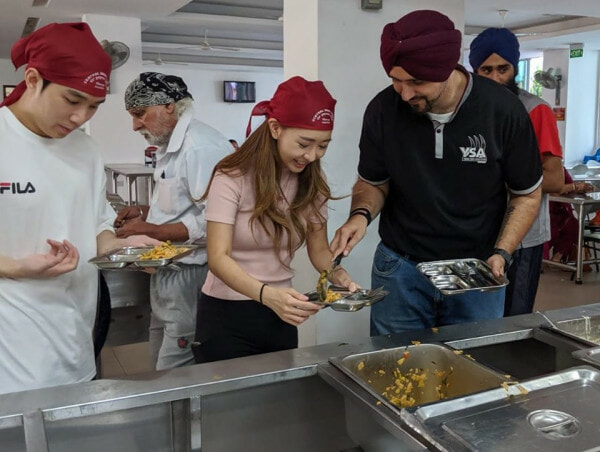 Sheena then shares that her experience with YSA was “sobering” and taught her a lot about the Sikh culture that she did not know before. She adds that hitting back after going through a tough time is not the way to go and that “empathy will shine through in the end”.

“You guys should really check them out as they are open to working on almost anything, and will be more than glad to show you around,” she said.

YSA even shared that Sheena had suggested an idea for them to consider in the future, which includes allowing people to have a “less structured visit to a place of worship” to learn about the Sikh culture. She said she felt many people like her would appreciate this.

Well, isn’t this wonderful to hear? Instead of lashing out at each other over race or religion issues, these people have shown that embracing and learning about each others’ cultures are what truly unites us as human beings. 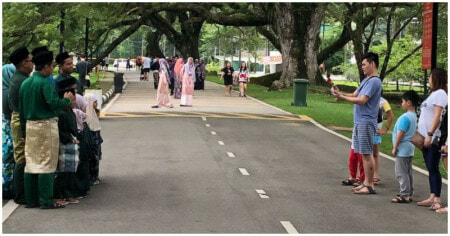