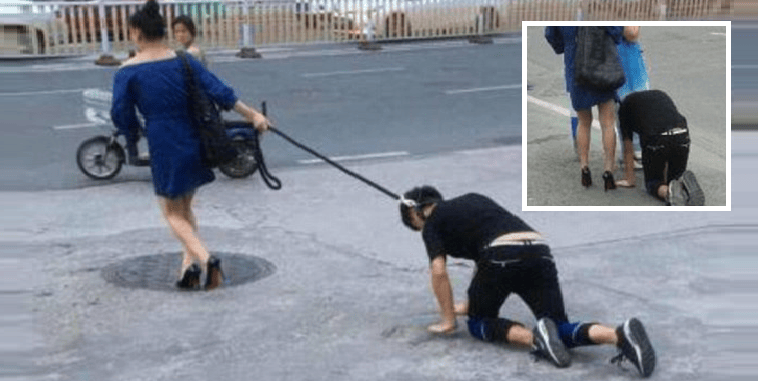 China never ceases to amaze us.

Pictures of a woman taking a man for a walk on a dog leash along a busy street have recently surfaced and it left netizens with more questions than answers.

The incident happened in Fuzhou, a city in the Chinese province of Fujian where the man was genuinely on all fours and continued to crawl after the woman who held fast onto the leash.

According to reports of people present, at one point, they saw the lady ‘pet’ the man just like one would to a pooch. 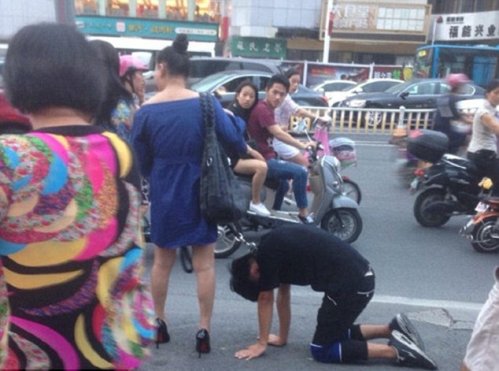 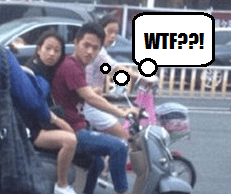 We’re just as surprised as you bro

This shenanigan was eventually was put to a halt by the local police officers who were called in because the pair was causing a rather large traffic build-up. China just as kepoh as us I see.

The officers managed to talk the lady into taking the man off his leash and told the both of them to clear the area. 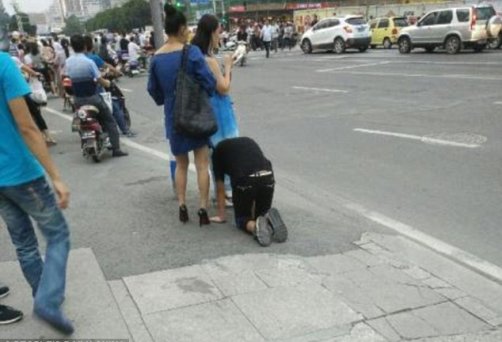 The images were sourced from China’s social media Weibo and the original post, naturally had quite the number of comments.

‘Imagine how their parents feel when they saw this.’

‘Where is the dignity of men?’ 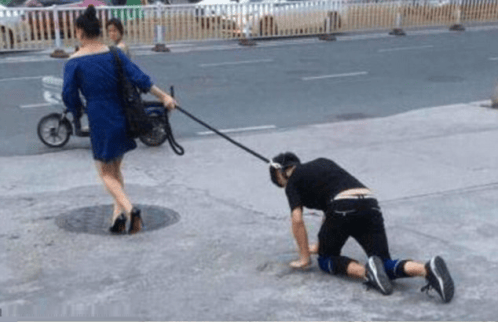 What ever it is, this writer had enough of the internet, so I bid you adieu, folks!