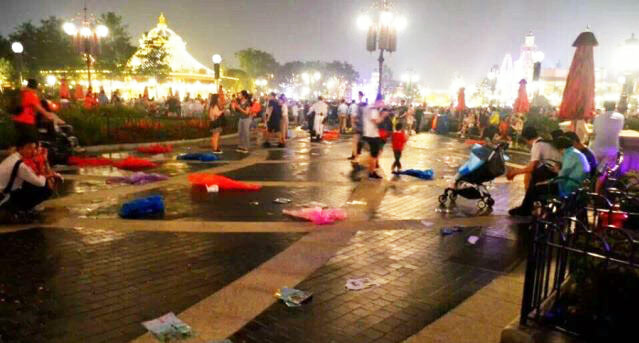 Shanghai just welcomed it’s own Disneyland earlier this week, but local media are reporting that some visitors are already trashing the place! Like literally.

Pictures snapped over the first weekend following the grand opening reveals a ground covered in food wrapping, plastic bags and paper cups. Worse than the aftermath of a pasar malam!

Apparently most Chinese did not feel the need to use a dustbin as the world was their dump site.

Despite a six-week long trial opening period plus a handy etiquette guide issued by the Shanghai government, The Paper has reported there is still plenty of room for improvement.

Poor cleaners though, it looks like they weren’t paid enough to handle that much! 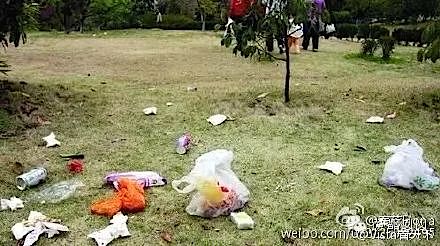 But that’s just the tip of the iceberg.

What really drew ire of local reports was the sight of a mother bringing her child to defecate in a landscaped area, as opposed to taking her child to one of the available public toilets! And it wasn’t just her alone who did so. 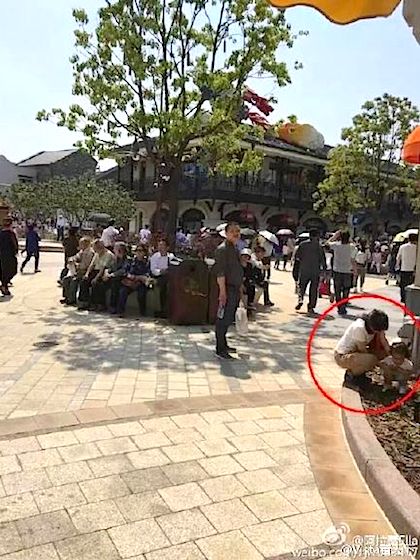 Other Chinese citizens themselves who learnt about the trashed Shanghai Disneyland expressed their shame for these uncivilized people, and mentioning how it further degrade the already-bad Chinese image.

Back in 2014, a Chinese tourist defended another Chinese-national’s decision to urinate in public at the Hong Kong Disneyland, claiming there were a lack of public toilets at the park. Apparently, if nature calls, nature literally answers.

Then again, Apple Daily Shanghai Disneyland has even fewer washrooms, with a visitor to washroom ration of 4,500 to 1. Hong Kong Disneyland has a much more generous ratio of 1,500 to 1.

Still, have some public decency people!