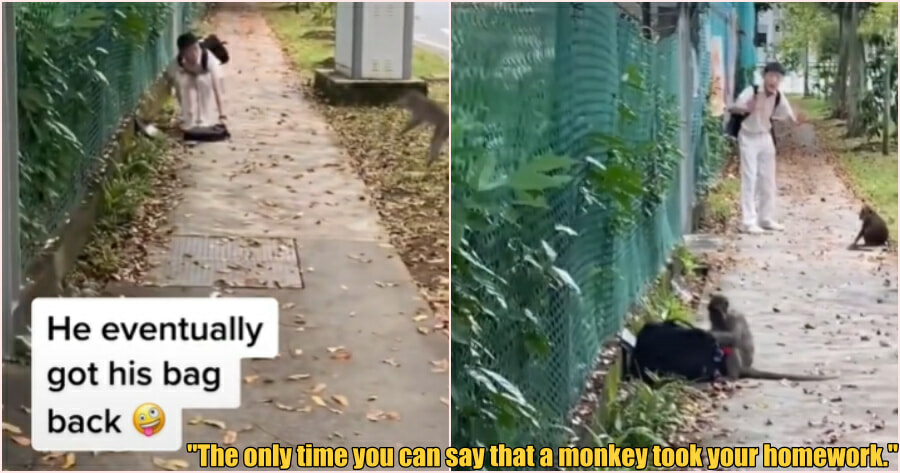 Monkeys are known for their hilarious antics and their cheeky & daring personalities. Although they are much smaller than us, they seem to not be scared of anything or anyone.

Recently, a video of a schoolboy in Singapore went viral after a pair of monkeys snatched his backpack away from him.

The video was originally recorded and posted by user @aniqfoughty but has since been removed after he claimed that the school told him to do so.

However, the video has been reshared on many other accounts.

In the video, the unnamed schoolboy can be seen trying to talk to the monkeys as they searched through his bag.

As he tries to approach his bag, one of the monkeys sent the boy shrieking as he was chased by the monkey not once, but twice!

“No no no no. Don’t open. Please, I’ll make you a deal,” said the boy in hopes that the monkeys would listen.

Fortunately, whilst the monkeys were distracted, the boy managed to swoop in and get his bag only to be chased yet again by the monkeys. 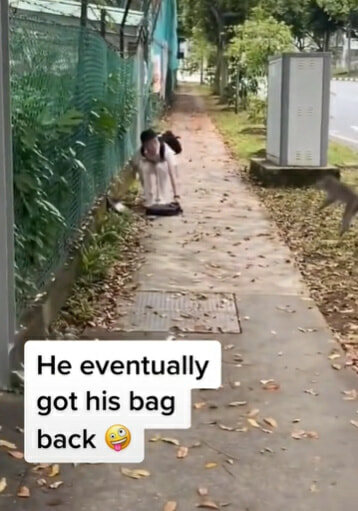 Netizens praised the schoolboy for his patience and courage in dealing with the sticky situation.

“He risked his life to get his homework,” commented one user.

“I made you a deal. He’s the cutest! Brave boy,” said another.

Some users made fun of him and said that if he were to not get his bag back, he’ll have a hard time explaining that to his teachers.

“The only time you can say that a monkey took your homework.”

One user said, “Can you imagine if the monkey didn’t give him back the bag and he goes to school the next day saying ‘cher, 2 monkeys took my bag’, CHER AIN’T GONNA BUY IT.”

What would you do if you were in his situation? Let us know in the comments. 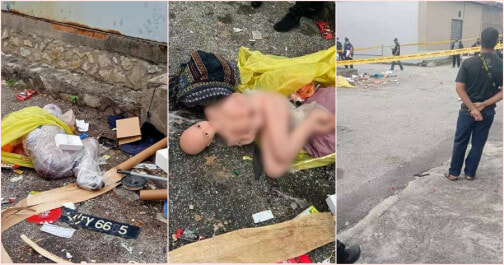