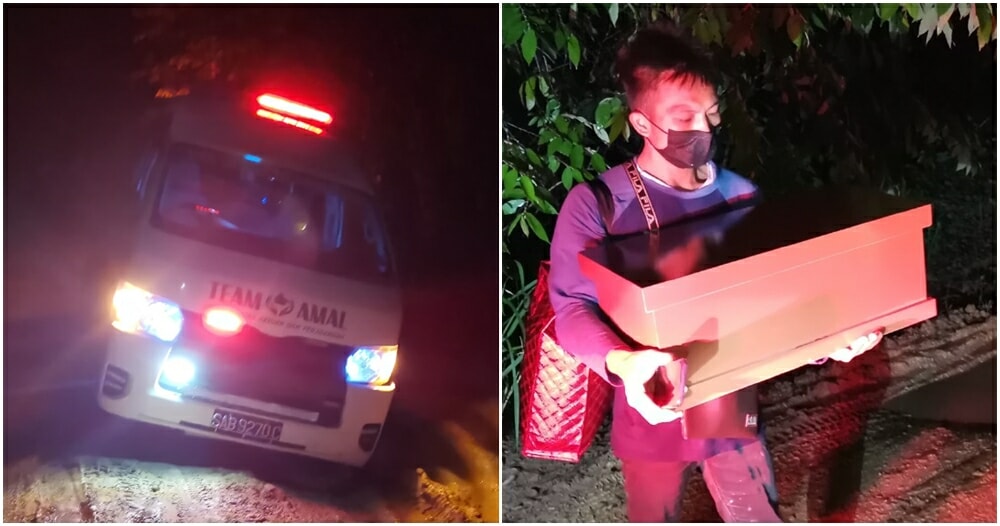 Death is never an easy matter. However, a father who had to take his child’s corpse home faced even more difficulties due to road conditions.

According to Sabah Info’s post on Facebook, a father walked for 1 hour while holding a small coffin containing his child’s corpse. 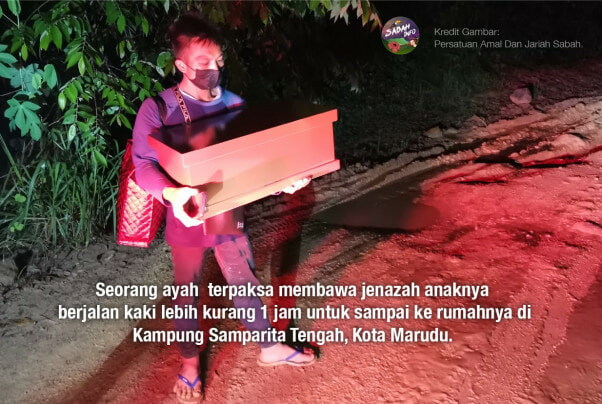 It is said that the 5-month-old baby had passed away at Hospital Queen 2, Kota Kinabalu. Persatuan Amal Dan Jariah Sabah provided the family in poverty with a small coffin and a hearse ride free of charge.

However, halfway through their journey home to Kg Samparita Tengah, Kota Marudu, the van could not go on as the road conditions were just terrible. 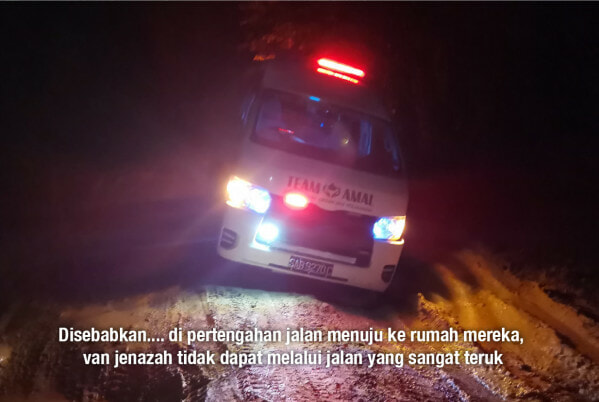 It was already nearing midnight, and they were in the middle of a jungle with no telephone lines. Even if they wanted to call for help, they had no chance of reaching anyone.

Sinar Harian reported that the mother forged forward on foot so she could ask some villagers for help. After a while, the father decided to walk the rest of the way home (an hour away) while holding his baby’s coffin.

It is said that this happened back in April 2022 and was only shared with Sabah Info by Masrul Guding recently. Masrul was the one who drove the family home in the hearse.

“This is the reality in Kota Marudu, one of the poorest areas in Malaysia.” 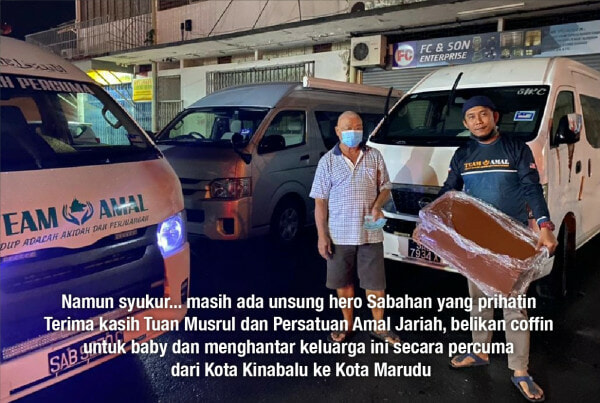 After reading the post, many netizens were angry with the local state government.

“As long as issues like these are not solved, just take out the Sabah slogan “Sabah Maju Jaya”. MPs who are not working for the good of the people but rather for their gain.”

“I can’t wait to hear the excuses that will be given by the minister or those who are responsible as to why after tens of years, the roads in Kota Marudu are still unusable.”

Condolences to the family. We hope that the baby will rest in peace.

Also read: Sabahans Fed Up With Waiting For Government To Fix Road, So They Do It Themselves 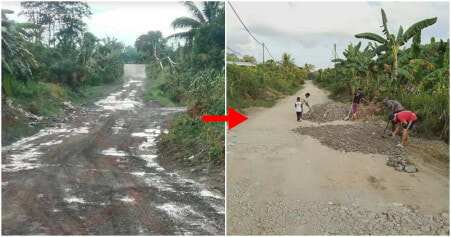