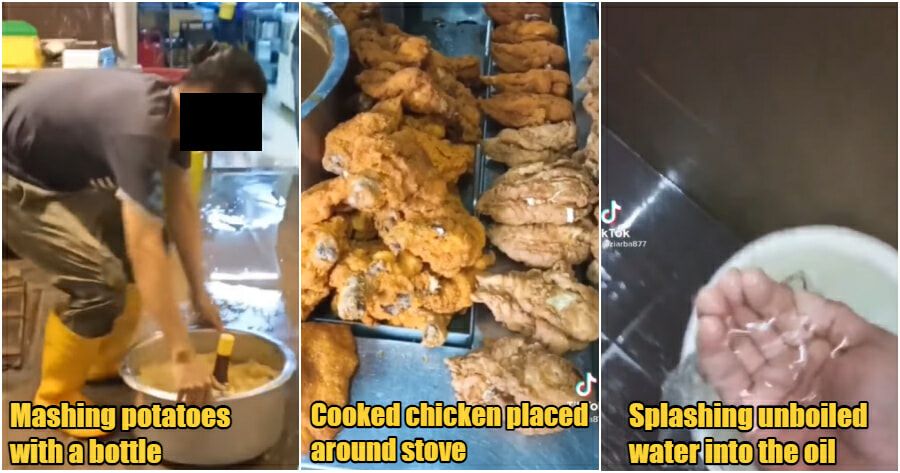 Food quality and attentive services are often among the reasons we return to the same eateries to enjoy the food. Similarly, hygiene and food preparations are equally important as well.

What would you do if you notice the food preparations in your favourite joint is not up to the hygiene standards all along?

Recently, a few short videos showing unhygienic food preparations at a local restaurant have gone viral on social media. The kitchen showcased in the video is allegedly from a restaurant in Kampung Baru, Kuala Lumpur. The video was initially recorded and uploaded by 1 of the workers from the restaurant but has since been deleted. However, they found their way back online.

In the 1st video, a worker can be seen mashing potatoes in a huge pot on the ground by using a bottle instead of using a proper potato masher.

In the 2nd video, one of the workers can be seen slicing something before putting it into the wok without wearing gloves. In the meantime, cooked chicken pieces are also inappropriately placed on the stove, instead of putting them on proper plates.

Next, the video shows the worker splashing some water from a pail into the boiling oil.

From the videos, many have deduced that the workers are mostly foreigners due to their accent. The person recording the videos can be heard talking about the hard work that they are doing since they have left their homeland.

As expected, these videos have received massive backlash from netizens who criticised the way the food is prepared.

“You have so many orders but can’t afford to get some trays for the chicken? You’re feeding the food to the people, please take care of the hygiene!”

“That’s a lot of red flags there. No aprons, no hairnets, food are left uncovered, doing the work on the floor, wet and slippery floor. I could’ve just called my friends from KKM to raid this place.”

“Make it a habit to cook at home. Look at this, it creeps me out to dine out now. The Covid-19 and MCO have really taught us to prepare food at home.”

If you’re running a business, PLEASE maintain the hygiene as food will be fed to the people! As customers, we definitely do not want to suffer any illnesses after consuming the food.

Also read: Woman Finds Maggots In Dhal Curry Ordered From Mamak Restaurant In Bangsar, Warns Others To Be Cautious 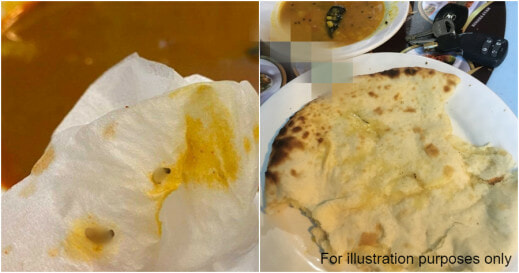