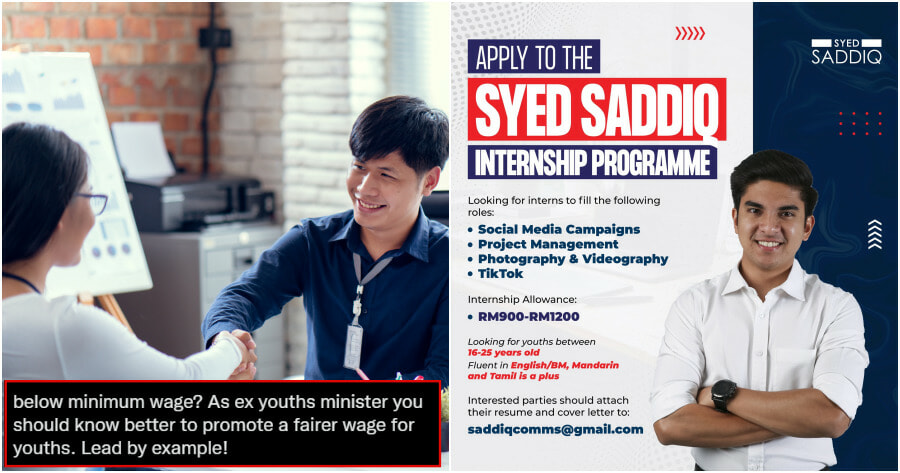 A few months ago, Muar MP and MUDA President Syed Saddiq announced that he is looking for an intern and is offering RM900 to RM1,200 in allowances.

However, he was blasted for the allowances as he was advocating for a minimum wage of RM1,500.

Recently, he announced that he is still looking for an intern with the exact same allowances. 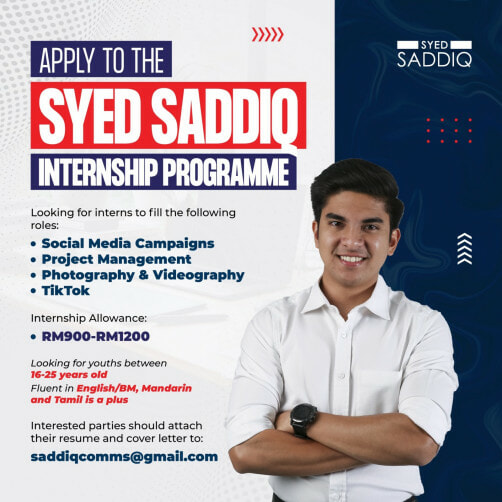 In his social media post, Syed Saddiq wrote, “Internship opportunities are available! Don’t miss out on this opportunity to learn and gain experience from some of the best in the industry. What are you waiting for? Come join the team!”

In the poster, Syed Saddiq states that he is looking for interns to fill roles in social media campaigns, project management, photography & videography and (managing) TikTok.

The post has garnered plenty of attention and some Malaysians slammed him for offering allowances that were well below the minimum wage he was advocating for.

“Below minimum wage? As the ex-youth Minister you should know better and promote a fairer wage for youths.”

Another user commented, “Why RM900-1,200? What do you expect interns to eat, pay phone bills and rent out of? Have some respect for people’s time and talent.”

“Teaching the youth to become cybertroopers and (to be) hypocritical like this thief. Small salary, what will those kids eat, will transportation be provided, and is there overtime? Haven’t you heard of minimum wage? They’d be better off doing Grab food (delivery),” said another user.

It’s an internship for a reason

On the other hand, some Malaysians defended Syed Saddiq and said that the allowance he is offering for interns is much higher than what other places offer.

“It’s the highest I’ve ever seen for an intern. My colleagues mostly get around RM500-RM800.”

“It’s an internship, not a permanent job. It’s called an allowance for a reason,” commented another user.

Another user commented, “This is an internship programme… yes it would be good if the allowances of interns followed the minimum wage. But do you know how many interns don’t even get paid 1 sen?”

What do you think about this? Is it acceptable or is it far too little for the interns to get paid? 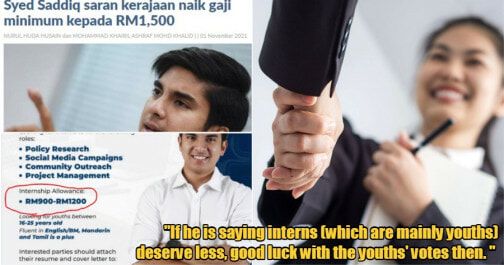