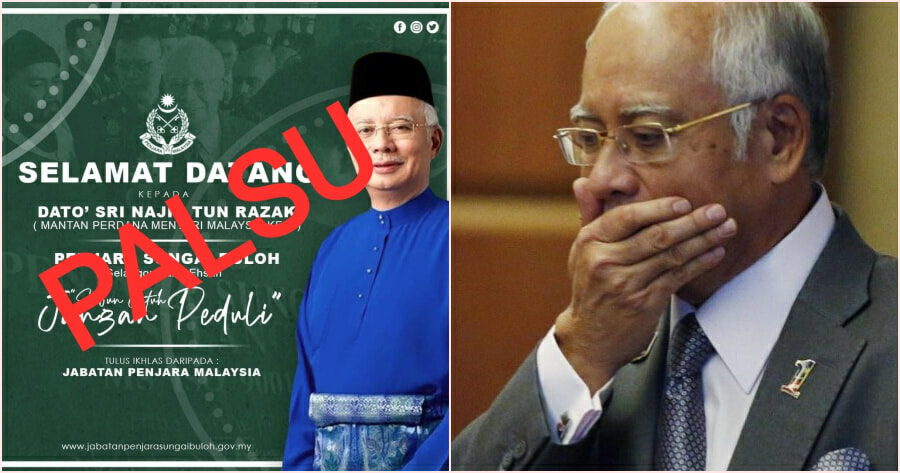 Following the news, some of his supporters took to the streets to offer their support for him as well as insist on his  innocence.

However, there are probably some Malaysians who are happy with the news and have taken to social media to ‘troll’ the former PM.

An image of what allegedly was made to appear as if the Prisons Department was welcoming Najib to prison was recently spread around social media. 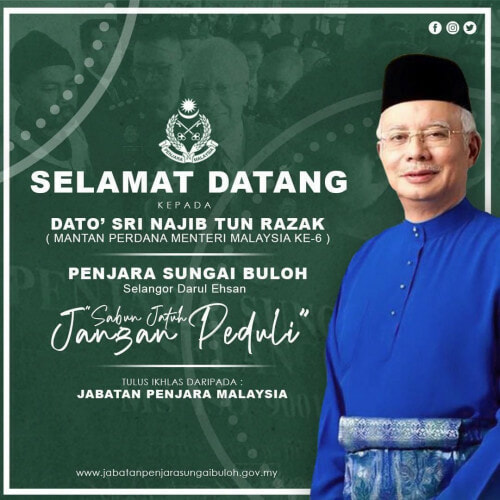 It also poked fun at the “don’t drop soap when you’re in prison” joke and said that “if the soap drops, don’t do anything with it”.

Furthermore, it contained a photo of Najib as well as the prisons department’s logo.

After the image has amassed plenty of attention on social media, the Prisons Department took to its Facebook to call out the fabricated image as fake. 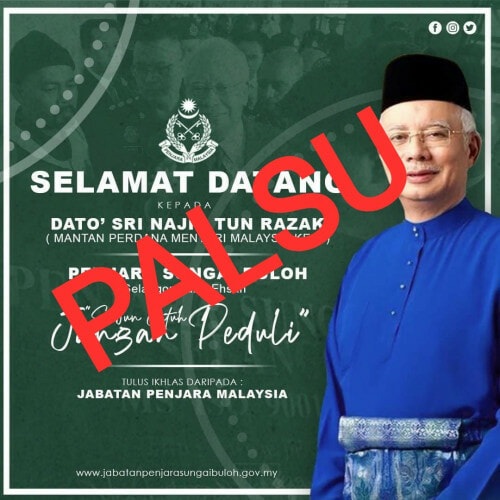 The prisons department reshared the image online, this time with the word “fake” added to it, without saying anything else.

Some even claimed that the fact that the Prisons Department has reshared the image, has made it even more viral as the post has currently amassed over 2,500 likes and 785 shares.

“Hopefully the prison will be the resting place of these politicians,” said another user. 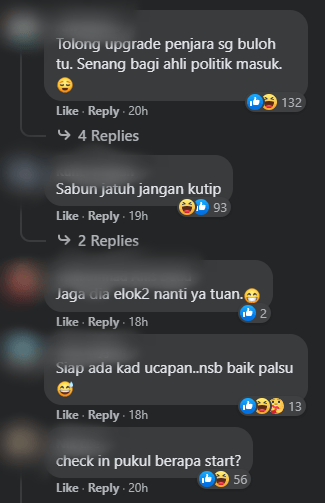 Another user joked, “Hopefully the prison authorities prepare food for him.. Remember, he doesn’t eat rice… he eats quinoa.” 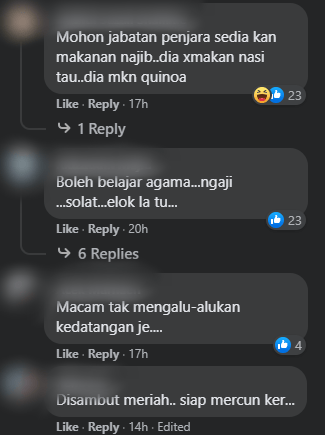 Were you fooled by the fake image? Let us know in the comments.

Also read: Malaysians Entertained By Najib Supporters Who Stole The Limelight At The Court Today 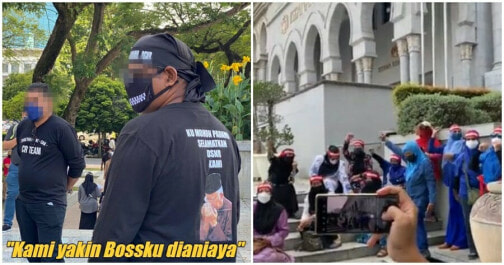