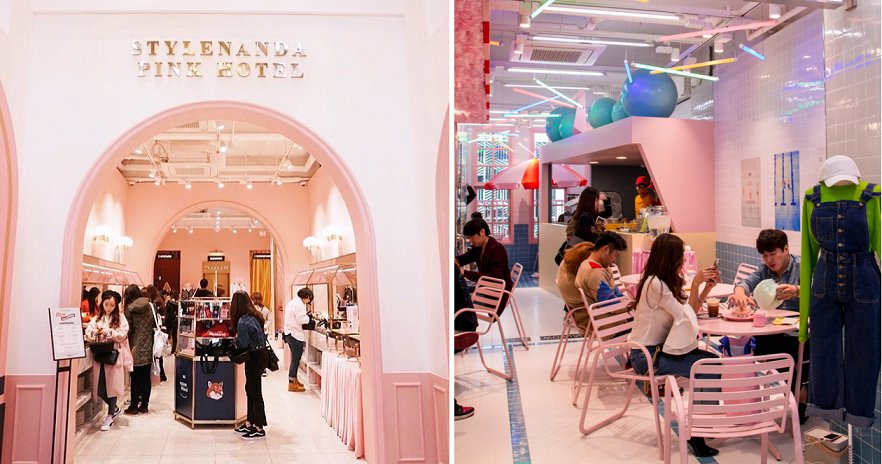 Malaysians just love to visit Bangkok and now there’s another reason for us to go there again! If you love Korean fashion then you would be familiar with Stylenanda, that clothing brand that birthed the super popular 3CE makeup brand. You know which one I’m talking about, girls! 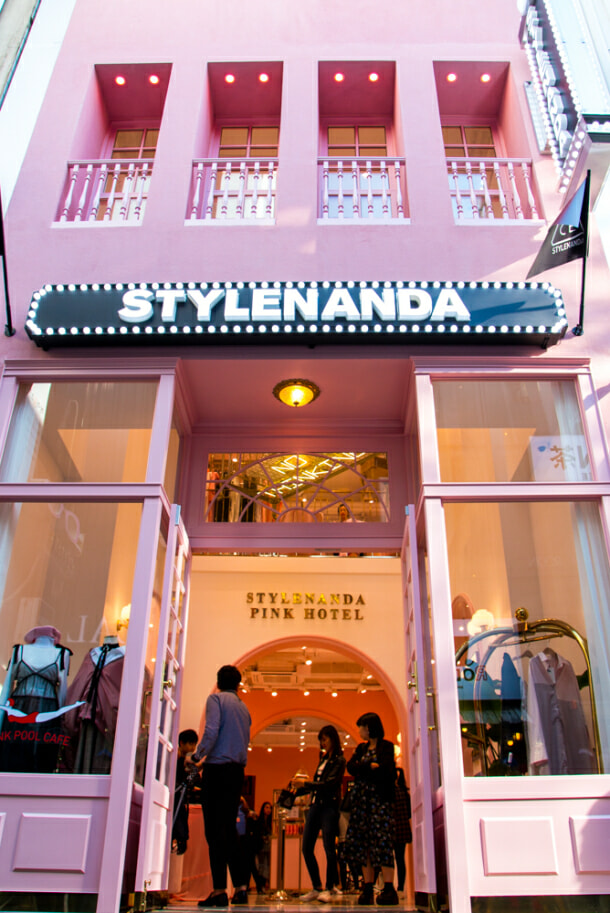 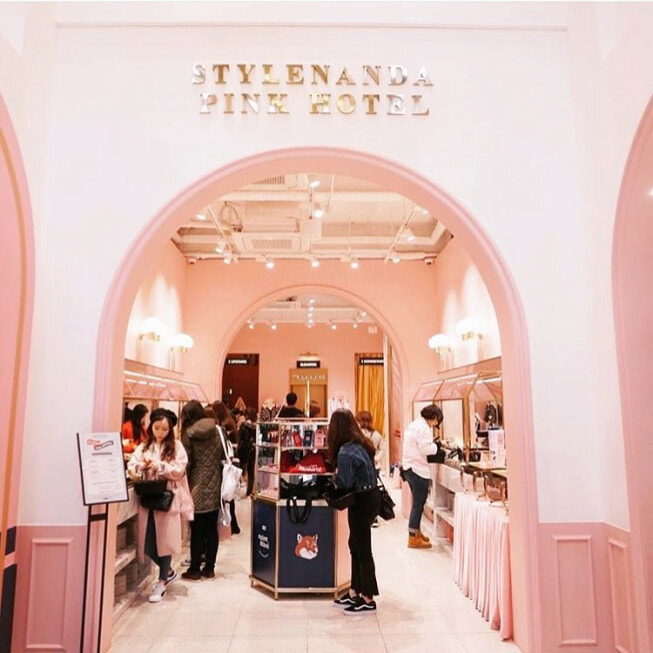 Previously when Stylenanda opened their first Pink Hotel in Myeongdong, South Korea, fans everywhere were understandably excited at the concept, a hotel-themed flagship store which was of course, decked out in pink. Now, we don’t have to fly so far to visit that beautiful, princessy hotel because Stylenanda is opening their first international Pink Hotel in Bangkok! So many photo ops!

Based on photos they posted on social media, it looks like the shop will be similarly decorated like their Korean counterparts in a vintage ’50s decor. Looks gorgeous! The branch in Bangkok will consist of four floors that will sell fashion and makeup goods (loads of 3CE stuff!); plus, it’ll even have a cafe area for you to relax after burning a hole in your wallet. 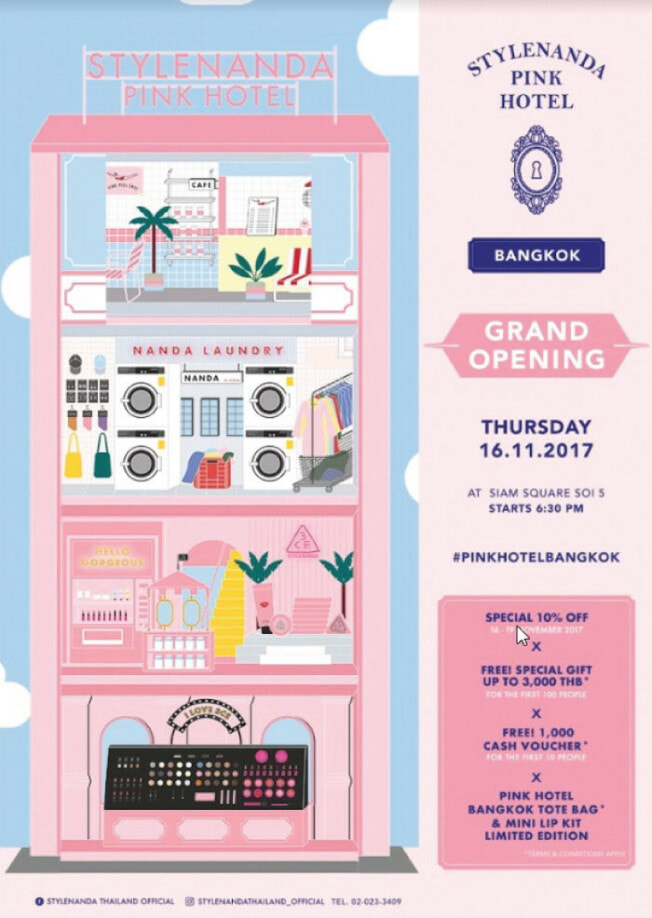 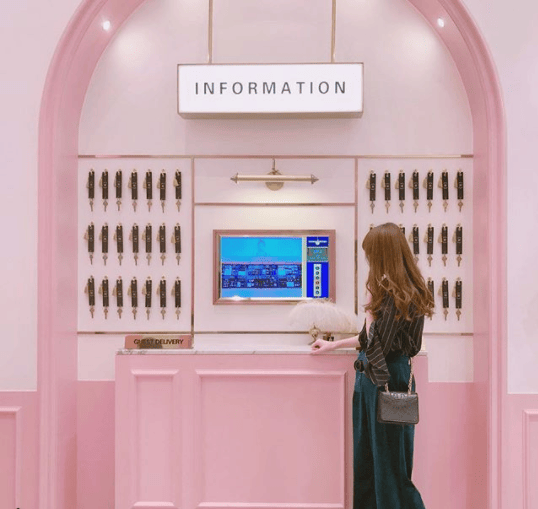 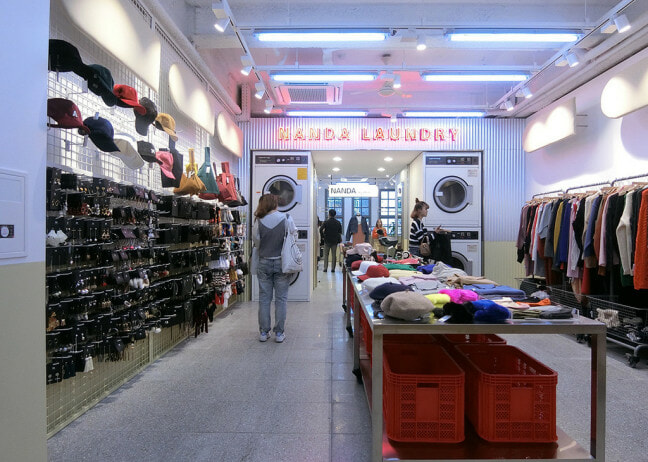 The video teaser posted on Facebook seemingly showed the bottom and first floors selling makeup and accessories while the second floor is the Laundry room where customers can browse for fashionable apparel. Then, head to the highest floor to chill out while looking through the awesome purchases you have just made.

Fans are hoping that they would also have an Insta-worthy outdoor cafe area with oversized pink pillows like the one in Myeongdong, known as the Pink Pool Cafe and it sure looks like an amazing spot if Bangkok were to have one too! Hopefully they have something similar! 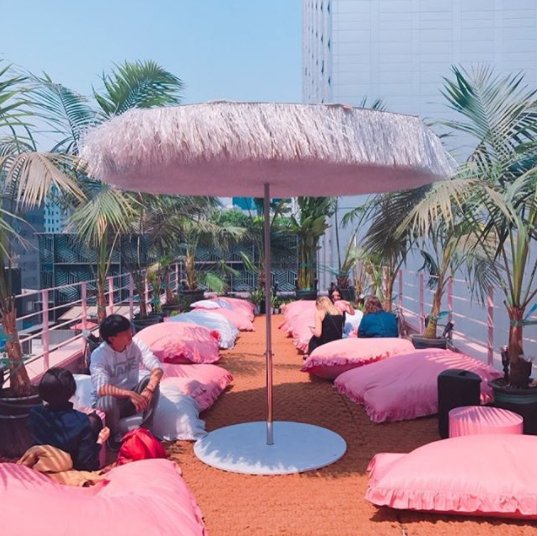 The flagship store in Siam Square Soi 5, Bangkok will be holding a grand opening party on November 16 at about 6pm, so remember to check out the store! 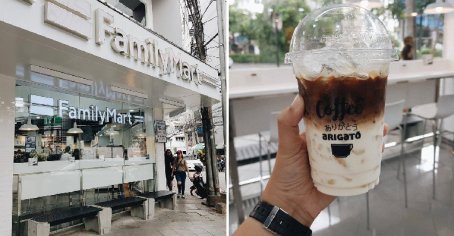