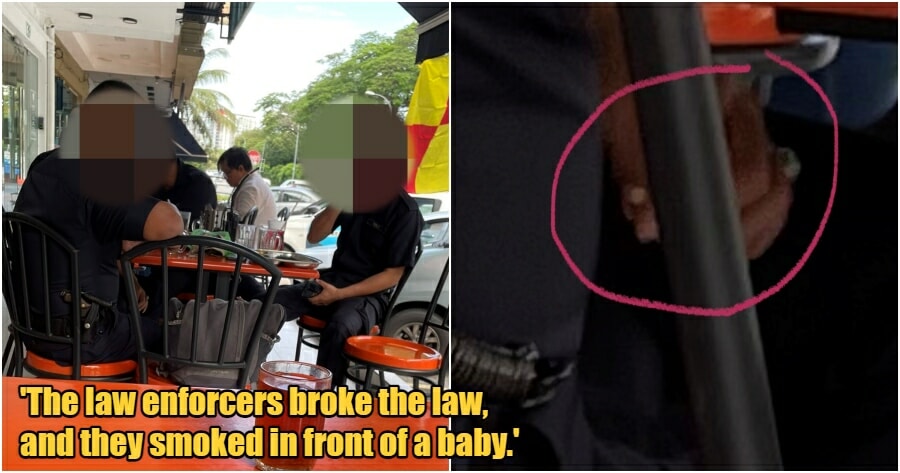 As the country transitioned into endemicity, most Malaysians are still keeping the pandemic SOPs in mind to curb the spread of the Covid-19 virus. However, the ban on smoking in eateries seemed to have slipped their minds.

Recently, a Malaysian took to her Twitter account and shared a couple of images which showed a police officer smoking in a restaurant in Subang Jaya, despite a non-smoking sign displayed at the place. 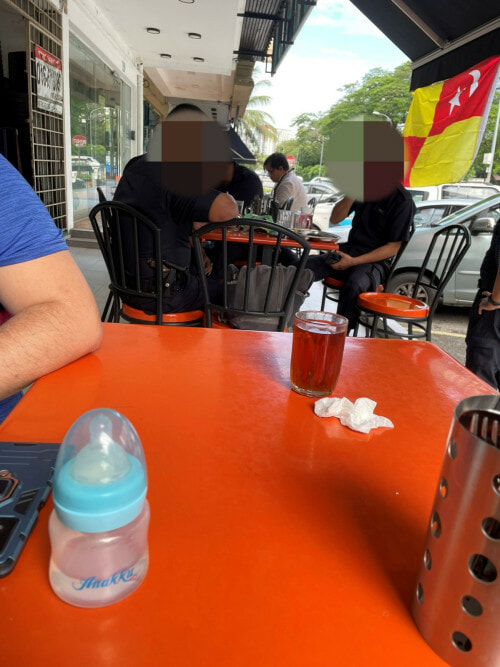 If you refer to the image closely, you can see that the officer is holding a carefully ‘hidden’ cigarette under the table.

‘The law enforcers broke the law, and they smoked in front of a baby,’ the post’s caption said.

Just yesterday (August 7), Subang Jaya Police released a statement which revealed that the incident took place at a restaurant in SS15 on Saturday morning (August 6) around 9:30 am.

The two police officers were sitting at the corner of a restaurant and the picture was taken by the Twitter user who was with her husband and child.

‘We take this matter seriously, and disciplinary investigation will be done toward the allegations.’

The Integrity & Standard Compliance Department has been ordered to investigate the matter. 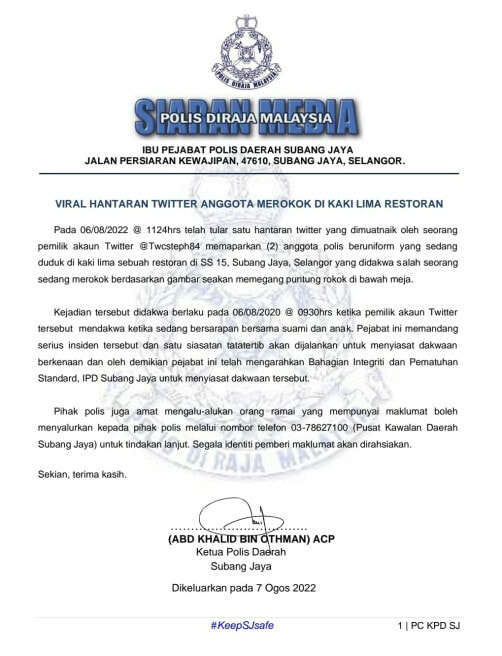 In the meantime, the PDRM has also urged the public who has more information about the incident to contact them at this number 03-78627100 and rest assured that your identity will be kept confidential.

Law enforcers are always expected to abide by the rules as violating them will not only damage their reputation but also ‘open the doorway’ for others to follow in the same footstep.

Regardless, everyone should follow the rules and regulations set by premises to avoid any unwanted consequences. 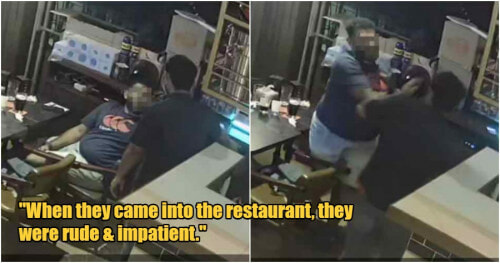