Anyone in Malaysia can immediately recognise the legendary Indian superstar, Rajinikanth. His presence in the Tamil movie industry has captured the hearts of people from all over the world.

You can’t deny he’s probably one of the coolest guys on the planet and he manages to make everyday tasks look extra effortlessly cool.

His influence is undeniable, which is what makes his most recent public interaction even more exciting, especially for Malaysians.

Earlier today, our very own Prime Minister Datuk Seri Najib Tun Razak met the superstar for the first time during his 5-day official visit to India.

Malaysian netizens went nuts when Prime Minister Najib posted this selfie with the iconic actor on his Twitter account a few hours ago. 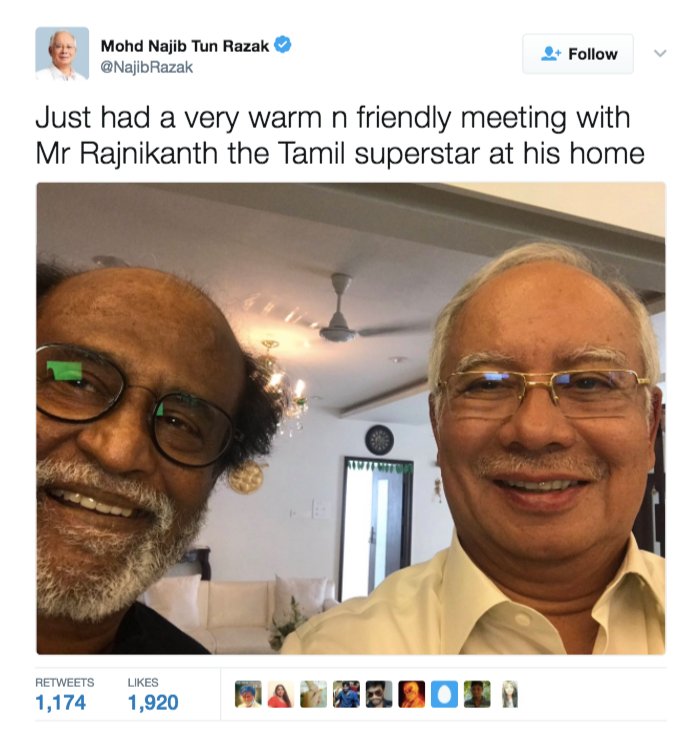 Needless to say, some netizens really went there with their hilarious comments.

Many Malaysians were elated that our beloved Prime Minister had the chance to meet the legendary actor, thinking that he’s putting Malaysia on the map with this meeting. No sarcasm spotted of course!

Some netizens were definitely swooning over the selfie.

Some of them also confessed that they were jealous of the Prime Minister for getting to meet such an influential personality.

According to The Star Online, Rajini originally wanted to meet Prime Minister Najib when he was in Malaysia to shoot scenes for his recent movie, Kabali.

The Prime Minister will be in India up until Monday (4th April).

He is set to visit Chennai, New Delhi and Jaipur during his trip, which is reportedly to help strengthen India and Malaysia’s relationship and to foster cooperation between the two nations.

We’re glad this meeting brought a lot of joy and laughs to many Malaysians. It’s certainly a great start to the weekend courtesy of our PM and the superstar! 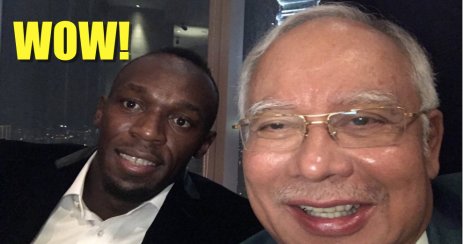