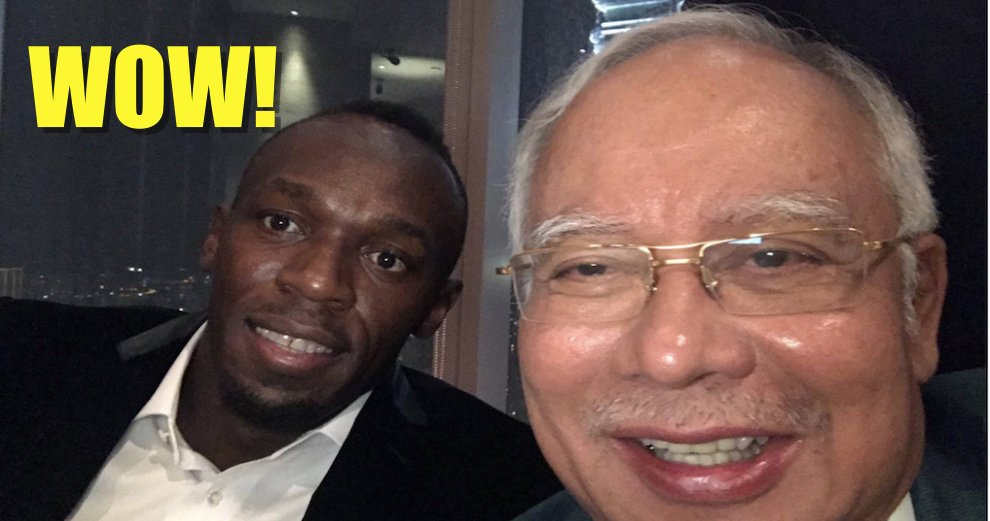 Last night, Usain Bolt took to the his favourite social media platform to post a picture with our very own Prime Minister Najib Razak, with the caption, 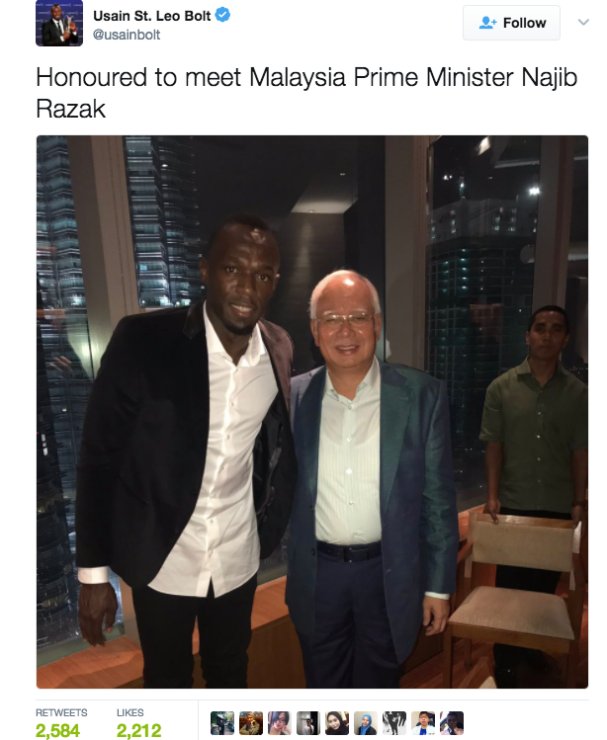 Needless to say, his tweet started circulating quickly among Malaysian users, with over 2,500 retweets and 2,212 likes.

Moments after it went up on the internet, the record-breaking Olympian’s post was flooded with amusing comments from Malaysians.

Some Malaysians were taken aback by the comments and decided to tweet their support for their beloved Prime Minister.

According to the Malaysian Digest, the Prime Minister had dinner at Nobu KL with high-profile speakers from this year’s Global Transformation Forum (GTF) on the 22nd of March.

The Prime Minister took to his Facebook page to share photos from the dinner, saying that he had a great evening conversing and exchanging thoughts with the highly influential speakers. 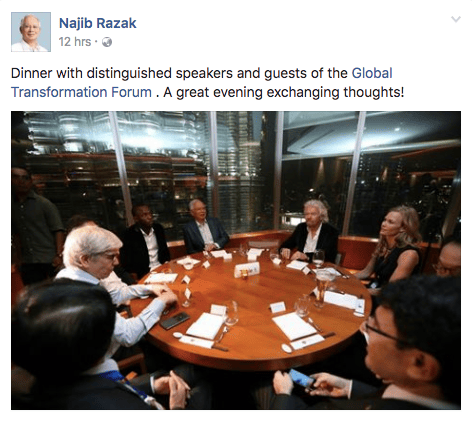 He even posted his own selfie with Usain Bolt! 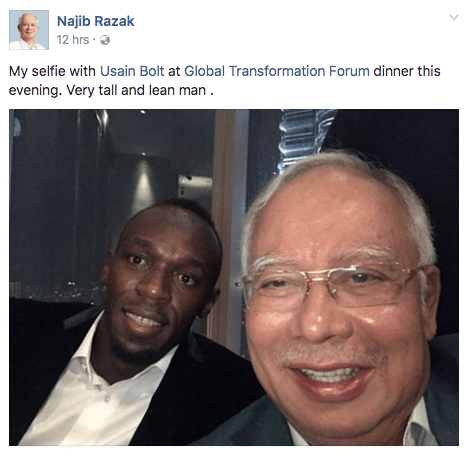 Well, they seem to be having a good time together! 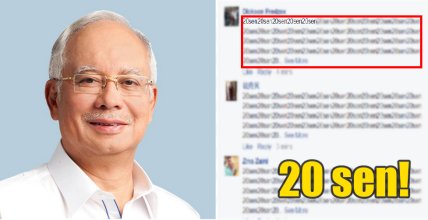