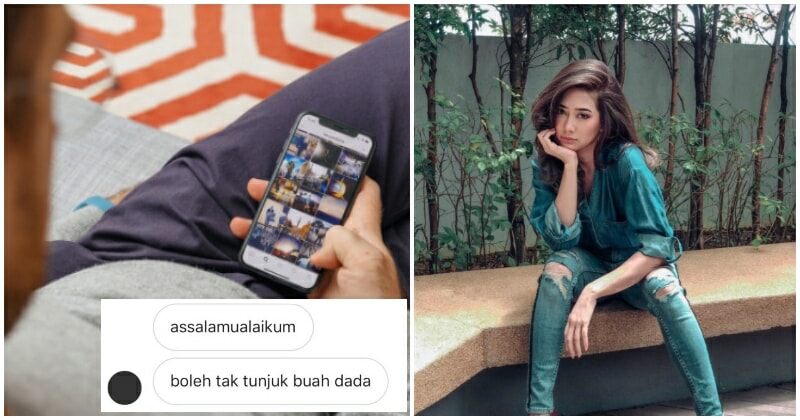 Don’t you hate it when some random guy pervs on you? It’s sad that it’s considered a normal thing for girls to receive suggestive messages on social media every once in a while, especially from random unknowns who ask the dreaded question, “send nudes?”. 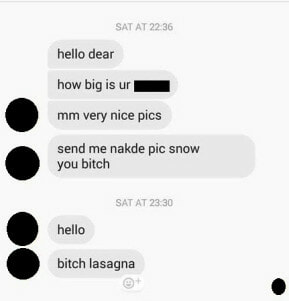 The worst part? Those who ask such questions are always so rude! However, it’s not like we’d actually take naked pictures and send them over if they were to ask nicely, right?

Malaysian actress, Fatin Afeefa (@FatinAfeefa) recently took to her Twitter account to share a screenshot of a message she received on Instagram that baffled her because she had stumbled upon the world’s most polite pervert, who greeted her before asking if he could see her breasts.

WHAT THE HELL HAHAHAHAHAHA pic.twitter.com/M9IG2JUe4w

Fatin captioned her posting with, “What the hell? Hahaha.”

She obviously did not know how to react to the well-mannered perverted message.

“Assalamualaikum. Can you show me your breasts?”

Fatin added in her thread, “The most important thing, is that he greeted me. That’s important.”

Netizens were quick to agree with Fatin, sharing her praises.

This comment goes, “Asking for nudes should be done with morals.”

This comment reads, “He’s asking for permission, sister! So polite.”

This comment says, “So polite. Greeting you before asking (for nudes).”

His politeness though clearly didn’t work on Fatin, but kudos to him for trying out a different approach. Who knows, maybe being well-mannered might just work out for him one day.

Fatin’s hilarious posting has since garnered over 2,300 retweets.

Maybe he should have added the word ‘please’?

Also read: 23yo KL Woman Sells RM15K Worth of Nudes Out of Desperation, Gets Blackmailed For RM800 Instead 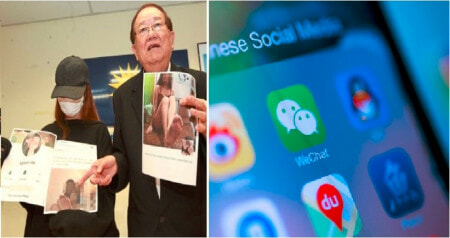