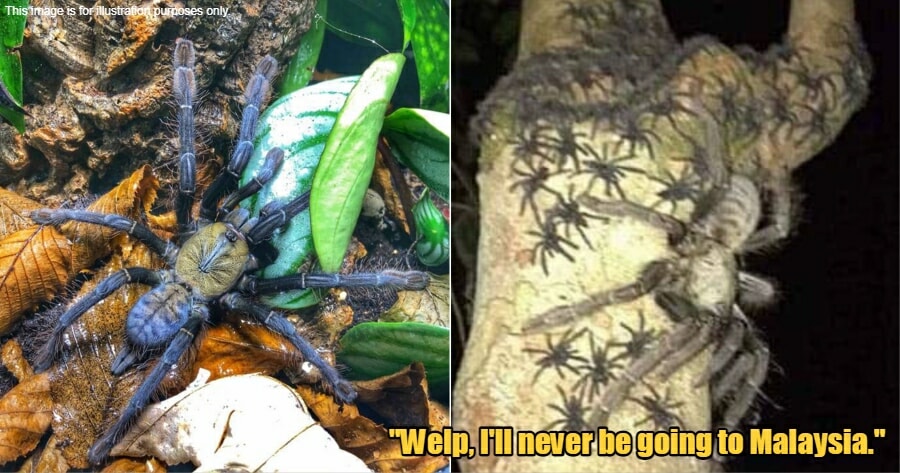 If you have arachnophobia (a fear of spiders), be advised that this one is definitely NOT for you.

Now we all know that Malaysian jungles are filled with creepy crawlies, from centipedes to beetles. But we were surely not prepared for this. 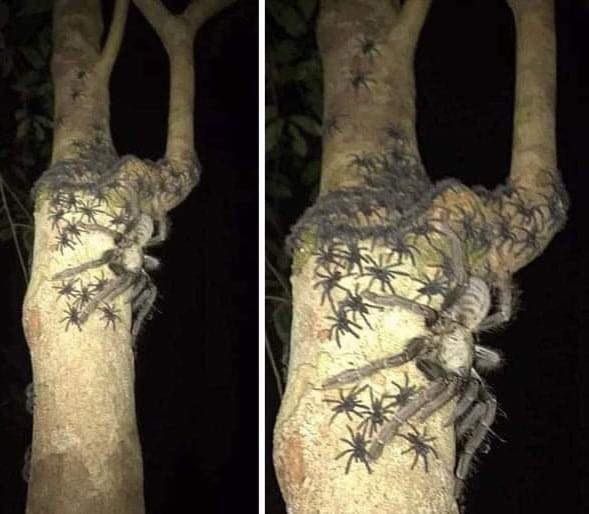 In the image, the HUGE spider could be seen surrounded by it’s babies and the situation weirdly resembled the scene from Harry Potter and the Chamber of Secrets where Aragog appeared. It’s almost uncanny!

Considering the Omothymus spider is native to Malaysia, many have since shared their lack of desire to visit our country, now that they know of its presence.

Well, it looks like we lost quite some travel points with people who hate spiders but who knows, this might open up an avenue for Harry Potter tourism. After all, wouldn’t Harry Potter fans want to visit Aragog and its family? 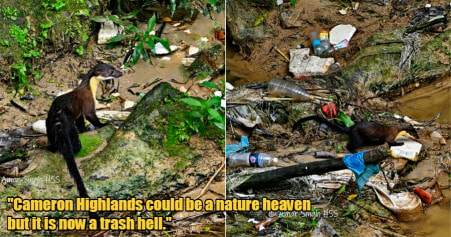