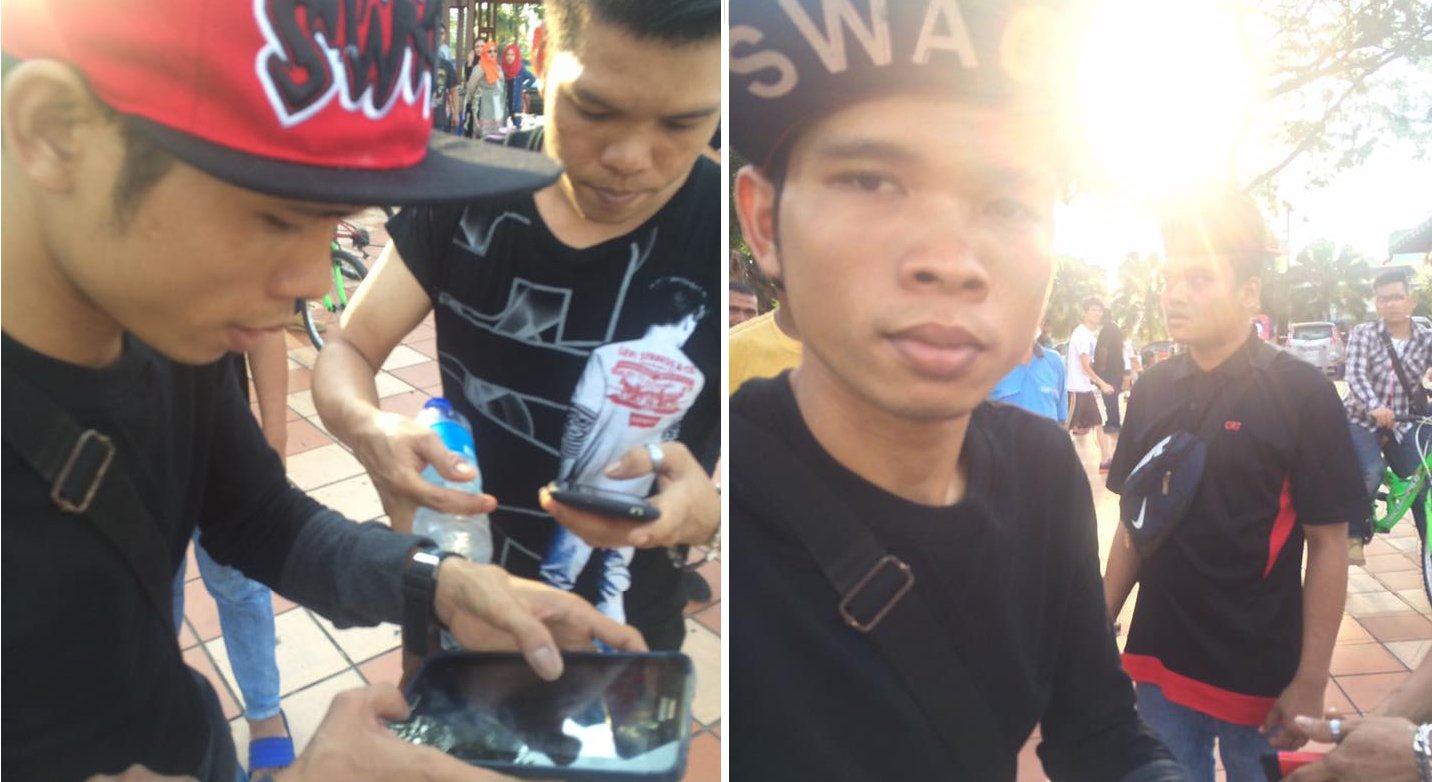 Just the thought of a sick individual preying on innocent young children is enough to make one cringe in disgust. However, a Malaysian encountered not only one, but FIVE men who were doing just that.

Facebook user M.T Sritharan shared on social media how he caught several individuals apparently preying on young children, even going to the extent of touching them without their consent and holding onto them!

His post which was written on Facebook, urges and warns fellow Malaysians how such crimes can happen right under our noses.

According to Sritharan, the group of men banded together in a “group of five” and were “mostly doing it to unattended children”.

“They were happy trigger [sic] to take those kids photos and was going on for a while. They get to a corner, exchange photos and start again”

Sritharan couldn’t play the helpless bystander no more, and started to be more proactive after seeing them “trying to grab a small child”

“I grabbed one of the guys and told him to call all of his friends, and told them to delete all the photos before I call police. I threatened to throw their phone into the lake as well.”

It’s vigilant Malaysians like Sritharan who truly shine as model citizens. If you ever spotted something amiss, don’t pretend as if nothing happened but take actually immediately.

Malaysians who read his posts commended Sritharan for his actions and expressed their disgust at these men who took advantages of the innocent children. Many were also shocked how easy it was to ‘just take pictures’ of children and alerts everyone out there to keep a closer eye on their own child.

Sritharan did not mention police action on these men yet, but has hashtagged the PDRM.

From one fellow Malaysian to another, please spread word around, especially if you know anyone who frequents Titiwangsa park!

Potential paedophiles or kidnappers are lurking in public parks.

Today evening at Titiwangsa I caught these few guys preying on innocent children by holding them and taking their pictures. They were mostly doing it to unattended children. They were in a group of five. They tried on Kyle but Shirley quickly brushed them off while I started to observe. They were happy trigger to take those kids photos and was going on for a while. They get to a corner, exchange phones and start again. Only after I caught them trying to grab a small child and her parents refused, they stopped. I grabbed one of the guy and told him to call all of his friends, and told them to delete all the photos before I call police. I threatened to throw their phone into the lake as well. Small argument, but manage to chase them off them Titiwangsa Park and warned them to never return.

Posting this so that parents take note and aware of sick stranger around who try to take your child’s picture without permission. While it might not be illegal, you can always refuse and stay vigilent. Don’t want our kids pictures circulated for a wrong reason. ‪#‎PDRM‬ please take note. ‪#‎kl‬ ‪#‎titiwangsa‬“