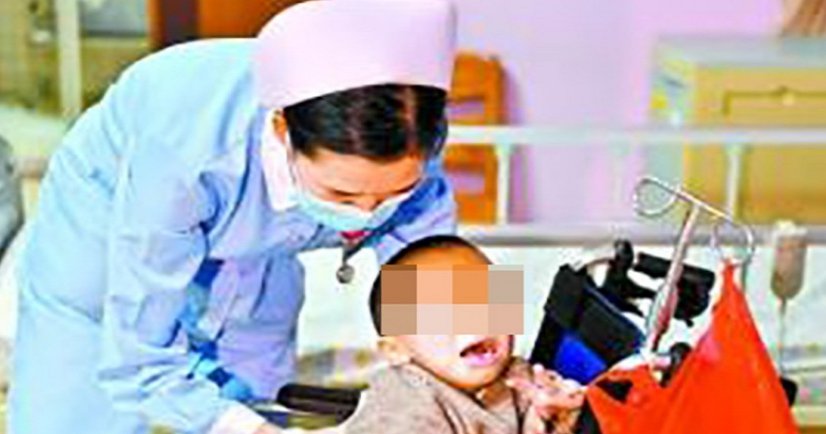 Earlier last month on 10th Ocotber, a concerned father brought his son to a hospital in Guangdong, China, after noticing that the boy was dehydrated and had problems trying to stand up.

Five-year-old Rong Rong was soon discovered to have a malignant tumor in his pelvic cavity, but his father refused to have a pathologic diagnosis done. 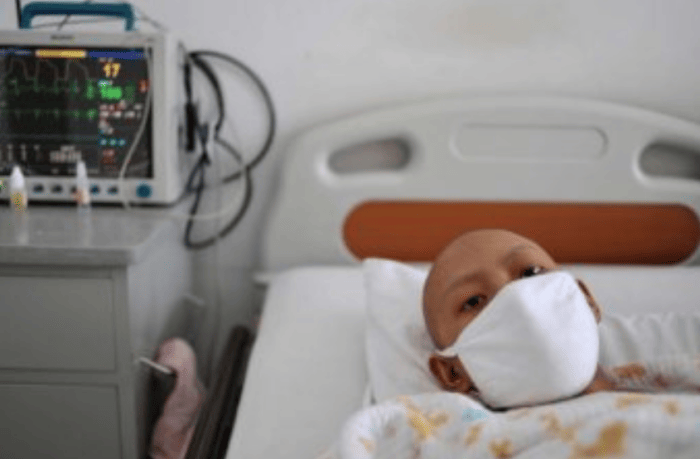 According to the South China Morning Post, doctors highly suspect the boy has orbital rhabdomyosarcoma, a rare form of cancer that affects young children.

Then, on the 23rd of October, the boy’s father abruptly left the hospital and told medical staff that he needed to find money to pay for his son’s treatment. However, he went missing for 4 days.

He only returned on the 27th of October, after the hospital reported him to the police.

It was only then when he verbally agreed to let doctors examine Rong Rong further, but he left later that night once again. The hospital has since tried and failed to contact the father.

Now, the young boy’s weight is a shocking 15 kilogrammes and has grown so weak that he cannot even eat porridge. So, nurses have resorted to feeding him powdered milk. The hospital’s staff have also been bringing their children’s clothes for Rong Rong to wear. 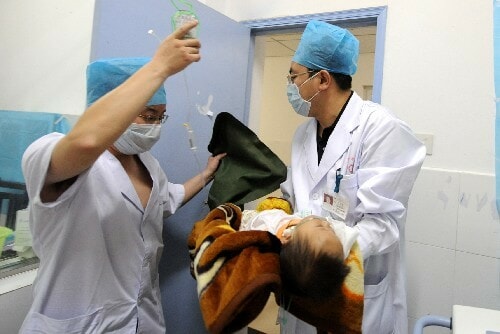 On top of that, it was learnt that the hospital has also lost contact with the boy’s mother, who is reportedly suffering from a psychological illness.

According to Chinese law, treatments for children usually require parental permission before proceeding. However, with the father and mother’s absence, Rong Rong’s chances of surviving look slim.

Nevertheless, the hospital can help apply for financial assistance to help fund the boy’s treatment, but it still needs written approval from his parents.

A doctor from the hospital told the daily that the boy’s tumor has grown so big that it’s almost reaching his navel. Needless to say, time is running out for Rong Rong if something isn’t done soon. 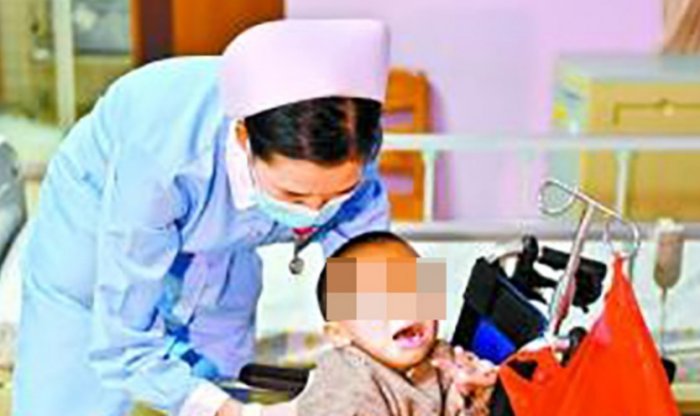 “At a late stage in the cancer, we will lose the chance to cure him,” said the doctor.

“We don’t know whether we still have any chance. Even if the surgery is done, there will be a lot of post-surgery treatment. We are just hoping his parents will come back to stay with the child.”

What a traumatic thing for such a young child to go through!

We sincerely hope Rong Rong’s parents would return to the hospital to allow doctors to treat him. No child should have to go through something so terrible all on their own!

Also read: This M’sian Premature Baby is Fighting For Survival in Japan, She Needs RM950,000 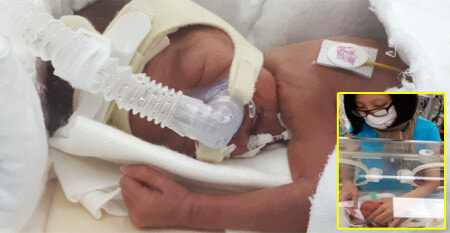