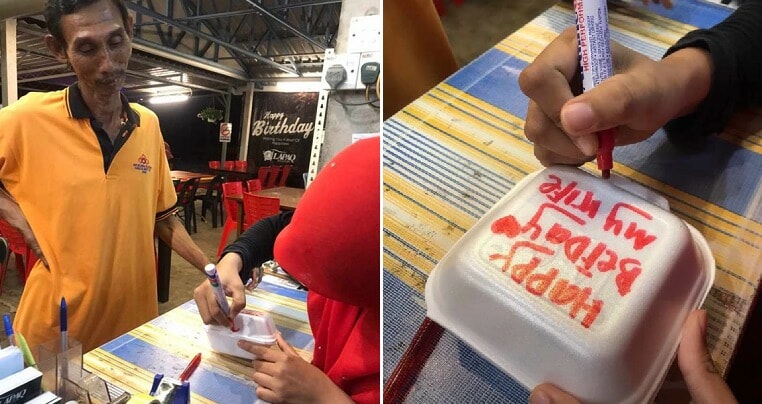 Always appreciate your loved ones, guys! A birthday celebration is usually marked by a cake, but what do you do if bakeries are closed? Well, this Malaysian guy recently shared on Twitter about this heartwarming incident that his friend witnessed at a western restaurant and netizens were touched by the scene.

He said that his friend saw an uncle come into the restaurant and order a burger, but he had a special request for the packaging. Apparently, he had asked for a birthday message to be written on the box as it was his wife’s birthday and he wanted to give her a surprise. Aww!

The netizen wrote, “This uncle came in and said that he couldn’t buy a cake in time for his wife’s birthday so he decided to order a burger from the restaurant.” On the box, he asked for them to write, “Happy birthday, My Wife,” and netizens felt that this was very sweet. 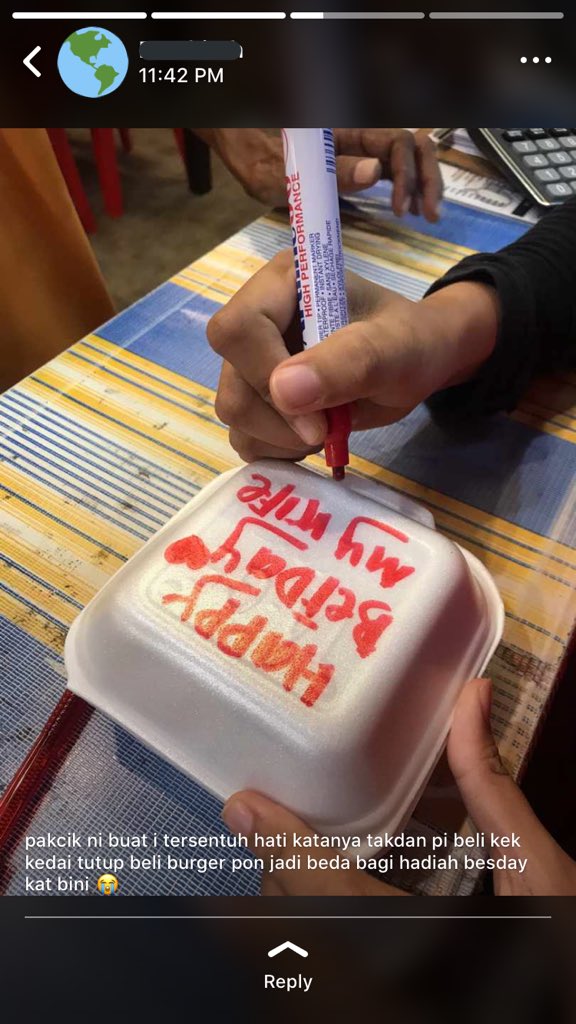 One of the reasons was also because the uncle still remembered to prepare a surprise for his wife even though it looks like they have been married for quite some time. How many old, married couples would still do the same? Many of them said that this was a sweet and simple gesture to show your appreciation for your significant other. Sometimes, just a small act is enough!

The tweet has since gone viral and even Secret Recipe has said that they want to give a cake to the uncle and his wife!

We hope that the uncle and his wife remain sweet until the very end! Now, go home and show some appreciation to your loved ones, okay?