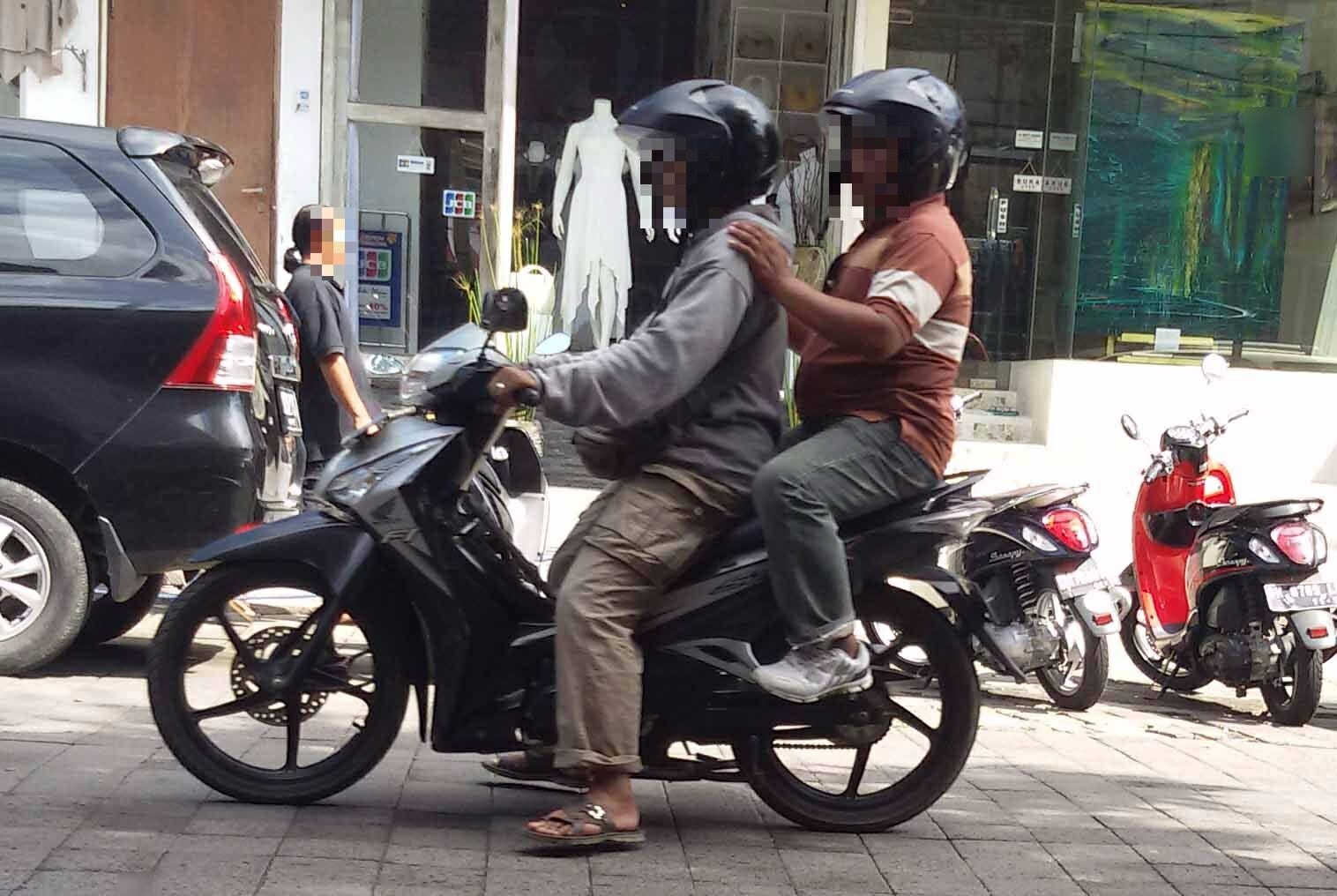 Featured Image updated. We deeply apologise for the confusion for previous image used which was stated for illustration purposes only.

Disclaimer: Featured photo does not represent the incident.

For those who don’t know, Ramadan is the 9th month in the Islamic calendar. During this month, Muslims around the world will be devoted to fasting, prayer, acts of generosity, devoting themselves to God/Allah.

All in all, the purposes of fasting is rather righteous. However, these acts of nobility sometimes doesn’t show.

In a Facebook post from Nes, she explains how she was condemned and scolded for having her breakfast in the car, whilst stuck in a traffic jam.

“I was stuck in traffic earlier today and I had my breakfast in the car. Just a can of milo and some chocolate chip cookies.

So while taking a bite on my cookie, I heard someone knocking on my car window.

And it was a motorist yelling at me saying “People are fasting la, babi!”

And he went on saying “Don’t understand? Are you deaf? Indians should go back to India la!”.

Soooooo, after all the shit that we non Muslims get, like as if it isn’t enough, I really didn’t see this coming. I can’t even have a cookie in my car. So yeah. Malaysia Boleh.” 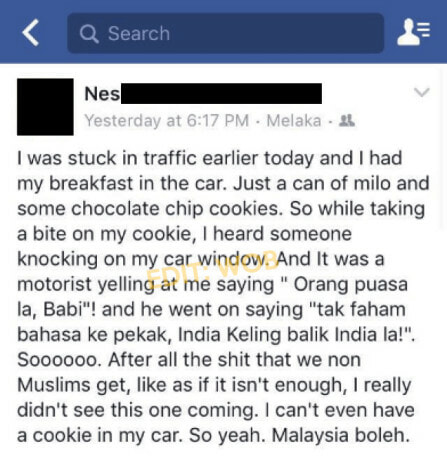 Since then, some people have taken to Twitter to share their feelings on the incident. Fellow Muslims themselves extend their apologies on behalf of the rude motorist and noted what he did was wrong and foolish.

“To that girl: don’t worry, that guy’s faith is only as thick as an onion’s skin, you just continue eating. Maybe he needs a lesson to learn how to fast.”

Ramadan is a Holy month and is a month where Muslims have a chance to practice their beliefs of generosity and contentment.

A single bad apple sometimes spoils the lot but it’s important that we keep in mind that it was merely an action of one foolish individual and we should not generalize. 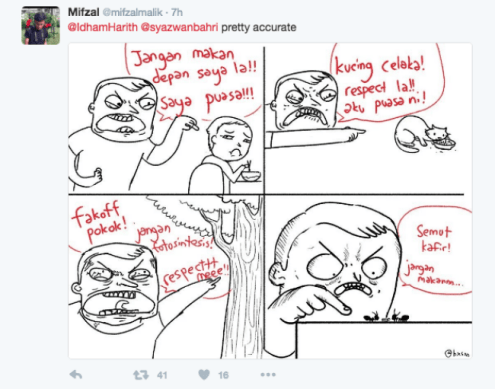 One user even shed some humor into the whole incident by making a parody image of other possible reactions.

On another similar news: 80 Year Old Man Beaten by Police for Eating a Banana in Public During Ramadan 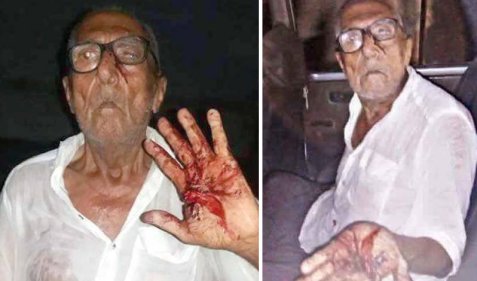 Also read: 8 Things Every Non-Muslim Malaysian Goes Through During Ramadan 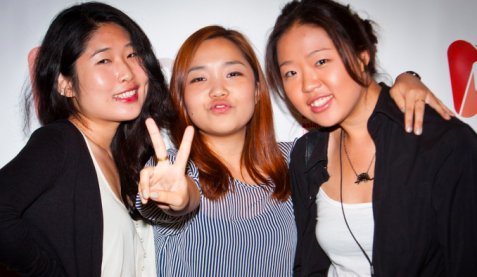