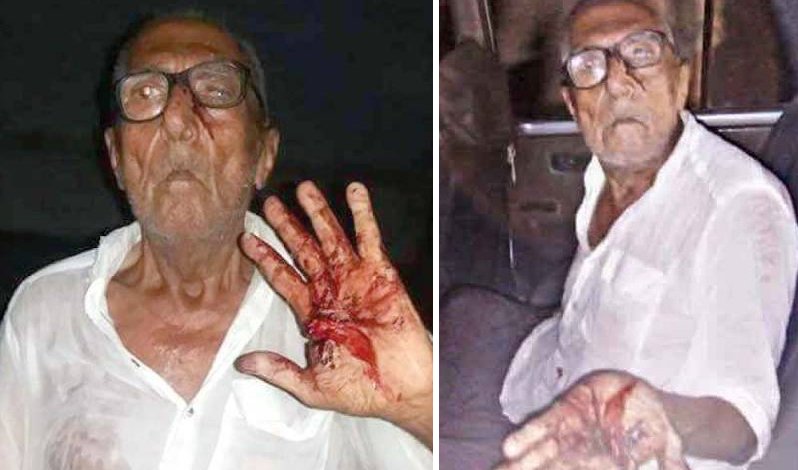 Ramadan (the Holy month) is known as a month of fasting for our Muslim friends. As Malaysia is a Muslim country, Ramadan is a huge occasion which is celebrated every year.

During this time, it has been a common practice for non Muslims to be mindful and not eat or drink in front of those fasting; though it is not an obligation to do so.

However, in Pakistan this situation might be quite different. An Islamic law was established in the nation by a military dictator in 1981, where Zia-ul-Haq introduced Ehtiram-e-Ramadan (Respect for Ramadan) that prohibits eating and drinking in public during Ramadan regardless of your race or religion.

Recently on the 6th of June, an elderly Hindu man was beaten by a Pakistani policeman for eating and selling food during Ramadan without any warning. The victim has been identified as Gokal Das, who is over 80 years old. 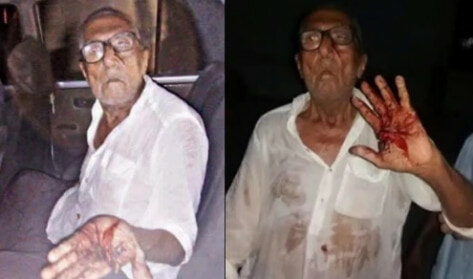 It is also said that the Pakistani police constable, Ali Hussain has been arrested on charges for torturing and injuring the octogenarian.

A local officer tells the International Business Times: “The incident occurred last Thursday (9 June) in Ghotki [in northern Sindh province] where Das was selling Iftaari items before Iftaar and Hussain claimed he also saw him eating a banana and some rice. The constable showed high-handedness in dealing with the matter and he thrashed the old man who was rescued by citizens” 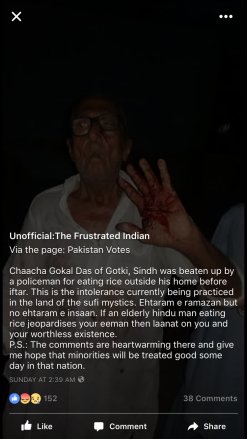 Photos of a bloody Das has gone viral, shocking the public that an elderly man has been so brutally treated without any caution.

Activists are now demanding the government to take action on Hussain, to prove that the issues of minorities are also treated seriously in Pakistan, where Muslims are a great majority. 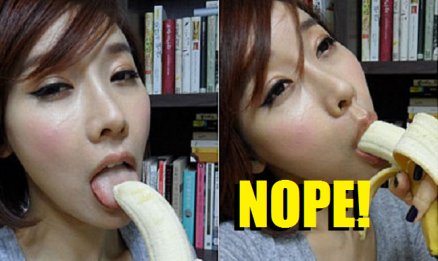