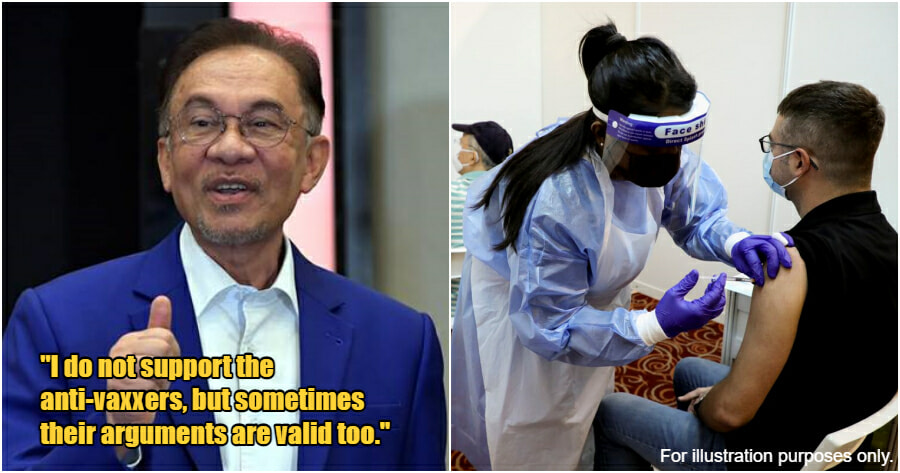 Just recently, Health Minister Khairy Jamaluddin had reminded the people who refused to get vaccinations that trouble awaits them should they continue to do so.

Prime Minister Dato Seri Ismail Sabri Yaakob had also assured that the stern action that will be taken against the anti-vaxxers are to protect the nation. However, the head of the opposition, Anwar Ibrahim has something else to say about the government’s approach. 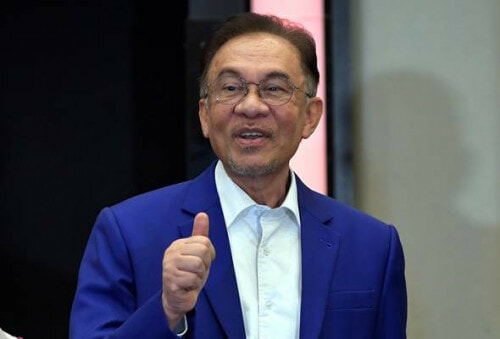 He describes the approach as forceful and instead of using threats, the government should raise the awareness, as well as the significance of getting vaccinated especially when the country is in the period of transitioning into endemic.

“I do not support the anti-vaxxers movement, but sometimes their arguments are valid too,” he added and pointed out how the government should approach them with relevant facts and evidence to convince them into receiving the vaccines.

According to The Malaysian Insights, given how the anti-vaxxers sometimes have a valid point, Anwar thinks that their arguments can be countered with a shred of stronger scientific evidence. As of now, there are no rules and regulations that make vaccination mandatory, thus, Anwar also stated that the people who refused to get vaccinated are not going against the law. 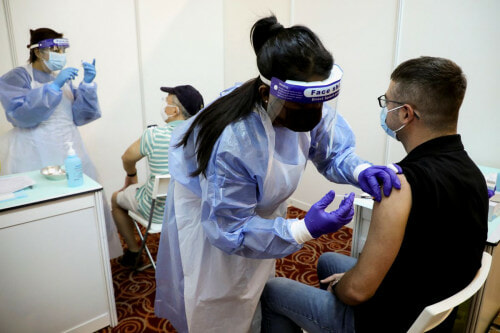 “No need to resort to threats, this method shows arrogance and we cannot accept it,” Anwar highlighted on why punishment is not the way to compel them into getting their jabs of the vaccines.

Additionally, the Port Dickson MP also thinks that instead of considering making life hard for the ones who refuse the vaccines, the government should focus on providing vaccines to the ones that wish to be immunized.

Following Anwar’s arguments, Khairy Jamaluddin has taken to his Twitter post and reaffirm his stand on this issue.

“Call me dajjal (evil figure in Islamic eschatology) or whatever. We’ve presented all relevant scientific evidence to prove the effectiveness of the vaccines,” Khairy replied, and emphasized that the government has done all they can to convince the non-believers of the vaccines to get their jabs.

You can listen to Anwar Ibrahim’s stand on the government’s approach here.

As the numbers of reported daily Covid-19 cases continue to go down, and with the country moving into the endemic phase, we would like to remind everyone to keep practising the SOPs and get vaccinated to those who haven’t.

Also read: PM: Stern Actions Against Anti-Vaxxers Is Not To Put Them Into Hardships, But To Protect The Nation 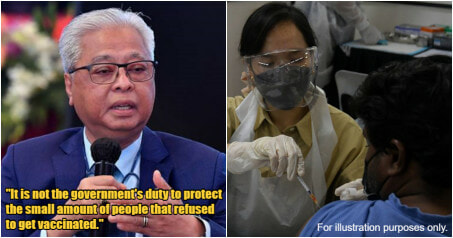