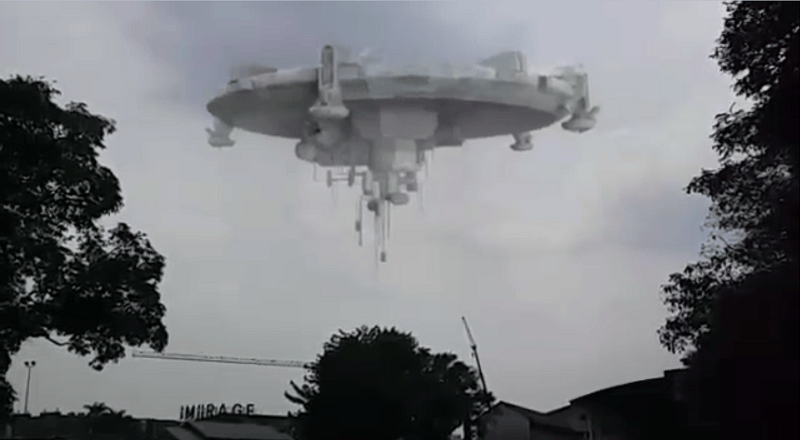 There has been two alleged sightings of extraterrestrial life which were caught on picture and a video.

The 11-second video shows a large UFO disc hovering over residential buildings and cars parked outside while it rotates clockwise.

Another smaller UFO allegedly flies off behind the larger UFO, causing debris from the ground to spray everywhere due to its strong engine.

In the video, an Indian man can be heard talking to what seems to be his wife, Anne, asking her to look at the UFO.

She can be heard replying, ““Not joke. It’s true and just happened few minutes ago.”

“It was the same UFO and just appeared in Rawang.”

“Everyone took the picture…,” the audio recording ended.

However, it seems these images are hoaxes as the UFO in the video bears an uncanny resemblance to the 2009 sci-fi movie, District 9, strongly suggesting that the shocking photos were doctored.

Authorities did not raise any alarms and dismissed the whole ordeal has nonsense.

Whether if it’s true or not, it’s up to you to believe.