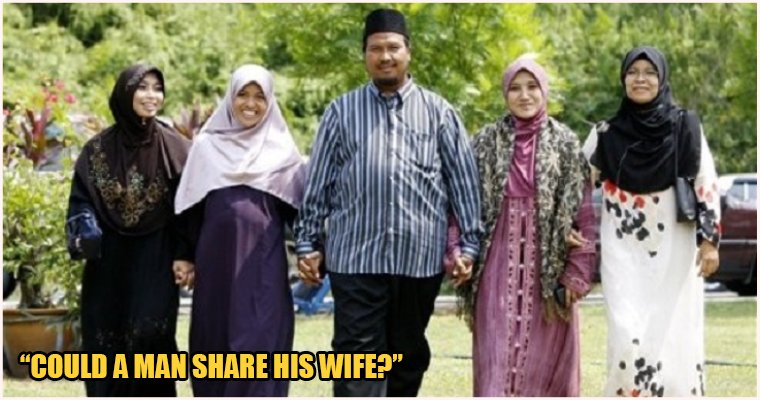 Considering International Women’s Day was just yesterday, let’s talk about something that not a lot of people find comfortable to talk about.

Netizen Nas (@NasirPasir) took to his Twitter account to showcase polygamous success stories where husbands showed off how well their multiple wives were getting along.

He wrote, “Who has achieved successful polygamy? There are Facebook netizens who have succeeded. I want to check on the Twitter netizens now. Drop pictures of your first and second wife.”

Little did he know that netizens on Twitter, compared to the responses from Facebook, are a lot less accepting of polygamous activities. In fact, one Twitter user even decided to point out the difficulties women have to face when it comes to involuntarily participating in polygamous relationships.

Polygamy is not an achievement. Wives are not trophies to be paraded.

In Malaysia, 2 out of 5 first wives are forced to find a job to support the family after the husband married to the second wife.

Most men get married secretly in Thailand. What's so brave about that? https://t.co/URMMwhiLPE

Eliot Waugh’s Stan Account (@digitalkai) wrote, “Polygamy is not an achievement. Wives are not trophies to be paraded. In Malaysia, 2 out of 5 first wives are forced to find a job to support the family after the husband marries the second wife. Most men get married secretly in Thailand. What’s so brave about that?”

And many Malaysian women agreed with him. 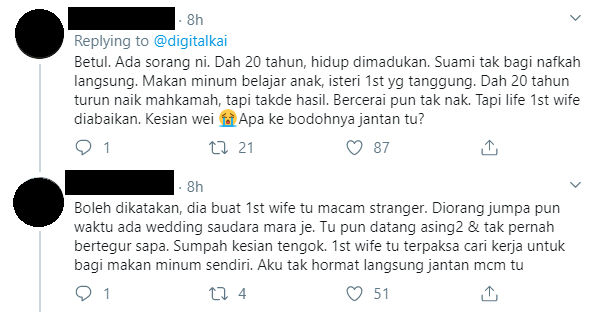 This comment goes, “You’re right. There’s this guy. After 20 years, he married a second wife. He refused to give any money to his first wife, so for food, drinks and their children’s education, the first wife had to bear the costs. After 20 years of going in and out of the courtroom, there was no conclusion. The man refused to divorce her. The first wife is neglected. Pity her.

It can be said that he treats the first wife like a stranger. They’ll only meet when there are occasions in the family. They’d come separately, and wouldn’t even talk to each other. I swear, pity her. The first wife is forced to work for a livelihood. I truly do not respect men like that.”

This comment says, “My aunt is a second wife. When she married her husband, she didn’t know that he was a married man. Now the first wife is the queen in control. My aunt is like a eunuch, taking care of the husband and his old mother-in-law. And my cousins are the breadwinners. Sometimes, it’s not just the first wife that’s the victim.”

One netizens even called attention to the fact that woman don’t have much a choice in these situations, considering a woman cannot take on multiple husbands, but a man can take on multiple wives. A woman can’t even choose to divorce her husband if she is unwilling to participate in a polygamous relationship.

This comment reads, “If only a woman can be polygamous or divorce her husband. Look at the attitude of men today, women should be the polygamous ones and there are many men that should be divorced without a second question. Men should truly be grateful.”

And the most important question remains.

Could a man share a woman with multiple other men?

Eliot Waugh’s Stan Account’s posting has since garnered over 11,700 retweets. 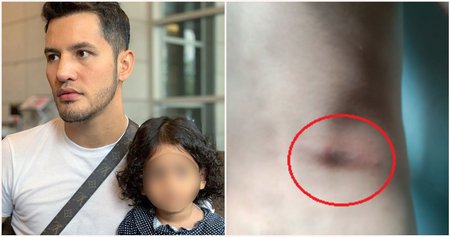