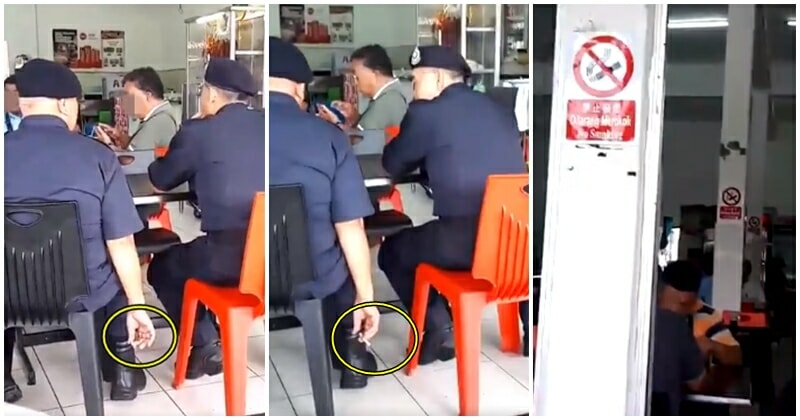 The people who enforce the law, shouldn’t be above it. It’s the basis of any modern society.

But what happens when those entrusted with the responsibility to enforce the law break it themselves? A video went viral on social media showcasing police officers doing just that.

Everyone knows the smoking ban took place this year but it seems that our police don’t.

Take a look at the video below:

Not a case of ‘leadership by example’ for sure.

The image of a police officer puffing away at an eatery is definitely a no-no in the eyes of the public, as China Press reports.

Enraged, netizens threw flak at the police officer for breaking a law that he has sworn to uphold. 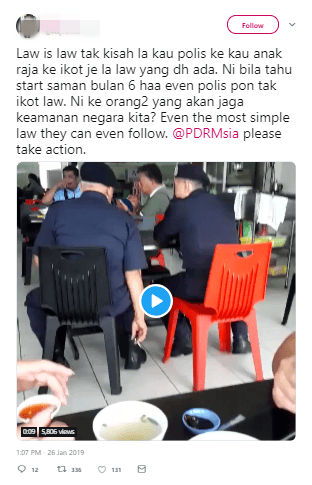 One netizen wrote, “I guess since they know that the issuance of summonses will only begin in June, the police do not feel the need to follow the rules.”

“Are these the type of people entrusted to keep the peace? Even a simple act of not smoking at eateries could not be followed.”

Another wrote, “This is humiliating. I would be rather happy if this person loses his job,” mentioning @PDRMsia in their tweet.

Another had an idea to keep the video to serve as a backup when confronted by the police.

“When they want to give me summonses for smoking, I will simply show them this video.”

It is just unfair for the public to brand the police force a failure as a whole just because of several rotten apples such as these.

Additionally, it’s not verified if this incident occurred this year when the smoking ban entered full force. The public shouldn’t be so quick to judge without having all the info.

One thing’s for sure: more should be done by the PDRM to ensure that its officers are kept in line, especially in the era of social media where everything is under scrutiny.

Also read: Police Shows Off Firearm & Threatens to Shoot Civilian for No Reason in Viral Video 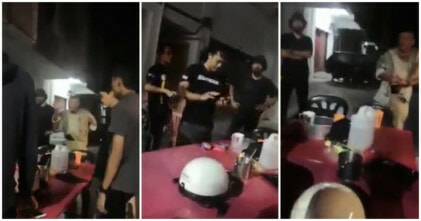