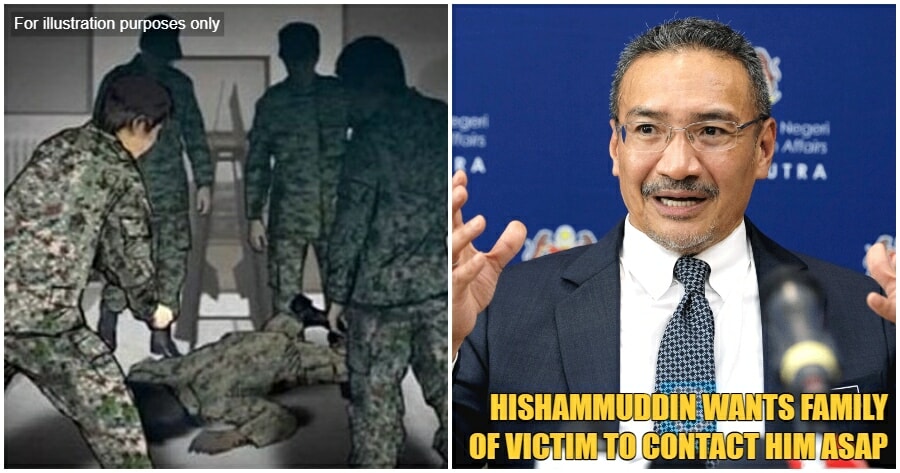 Justice has been prevailed for the late Zulfarhan, but once again history is repeating itself.

A tweet went viral of a Direct Message sent from an anonymous Twitter user explaining how their brother who is a junior in an army camp is allegedly being bullied by seniors and they do not know what to do.

According to the message, the brother is bullied every single day. Not only does he gets hurt physically, but his allowances and savings are also taken away by the seniors. He also has to use his own money to buy necessity items for those 12-14 seniors.

The brother is too scared to take action. According to him, when similar cases were reported in the past, the bullies were only told to march around for 45 minutes. That was all.

The anonymous Twitter user ends their message with asking for help as they do not know to whom they should reach out to.

Hishammuddin noticed the cry for help

Hishammuddin Hussein, Minister of Defence noticed the tweet and has responded asking the anonymous Twitter user to get in touch with him as soon as possible with a reassurance of keeping their identity confidential.

According to Hishammuddin’s tweet, the Deputy Minister has already been instructed to take a deeper look into this personally.

“Actions will be taken if the story is legitimate.”

After noticing the tweet posted by Hishammuddin, the family is currently working together on collecting evidence.

“He would always call us every time after getting beaten. He says he wants to run away. We can’t sleep knowing the fact he’s going through that, and we wait for his call every single time.”

According to the anonymous user, they are collecting all the messages his brother has sent and will contact the minister as soon as they can.

To everyone’s surprise, the brother is already on duty and not in training anymore, but he still has to go through ragging from 3-4am. After only being able to sleep for 1 hour, he has to wake up and continue being on duty. 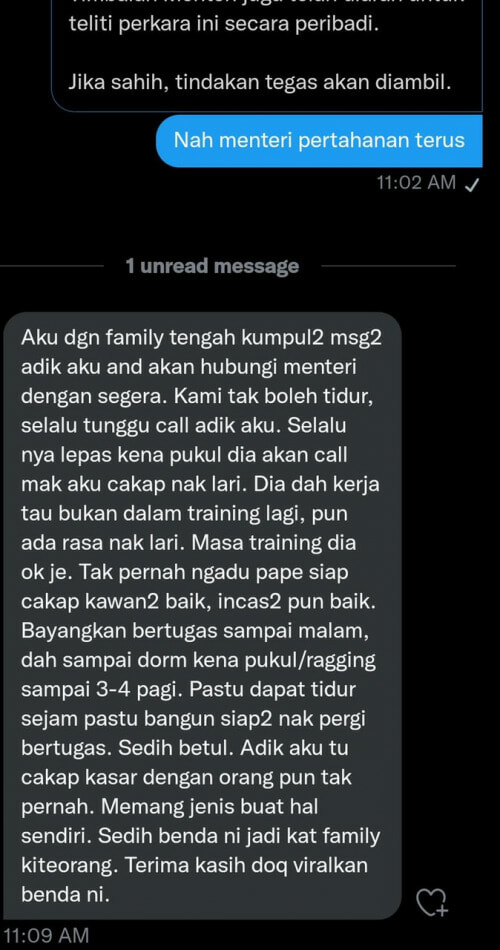 We hope the ragging culture will end as it only brings harm to others. 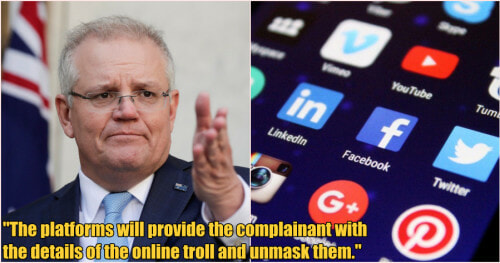