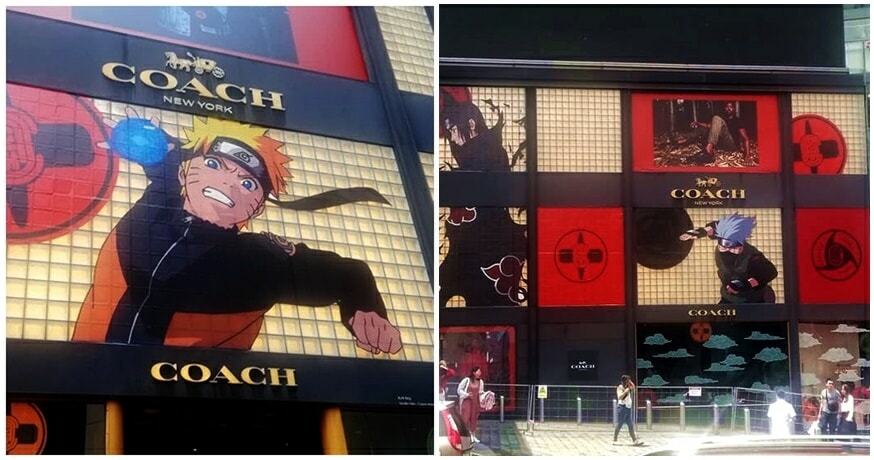 For some of us, growing up watching anime and cartoons on TV3 or NTV7 in the mornings was probably a pretty common routine over the weekends. But arguably one of the biggest, most memorable animes from the morning slot for many Malaysians has got to be Naruto!

So if you’re a huge Naruto fan, you’ll be pretty excited to know that gigantic-sized decals of Naruto characters can now be seen towering over Kuala Lumpur from Coach’s flagship boutique in Pavilion, as seen uploaded by Facebook user Keikichi Irashi.

The flagship boutique is located facing the often busy and Insta-worthy Bukit Bintang intersection leading towards Starhill Gallery, which means that you can literally see Naruto, Itachi and Kakashi peering over from the light fixtures that line the walls of the boutique.

For those who aren’t aware, the huge decals that were plastered on the Coach boutique are meant to be in conjunction with the launch of Coach’s limited edition line of merchandise released in collaboration with actor Michael B. Jordan’s, which is all Naruto themed.

Yup, you heard right, everything sold from that collection is going to be Naruto themed!

As you can see, there’s a whole line of stuff that you’ll be able to get your hands on, from Naruto-themed sneakers, backpacks, tote bags, and shirts, to fanny packs and coats! Prices aren’t cheap though, so don’t blame us if later you go pokkai ah.

But if you just want some pretty cool photos for your ‘gram, and don’t want to break the bank, just head down to Pavilion now and get some really good shots of Naruto and the squad while they’re still around! 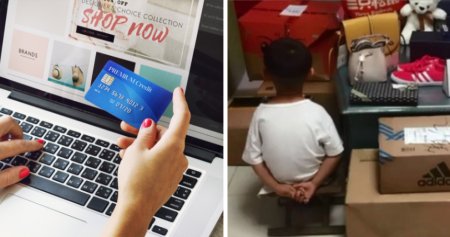