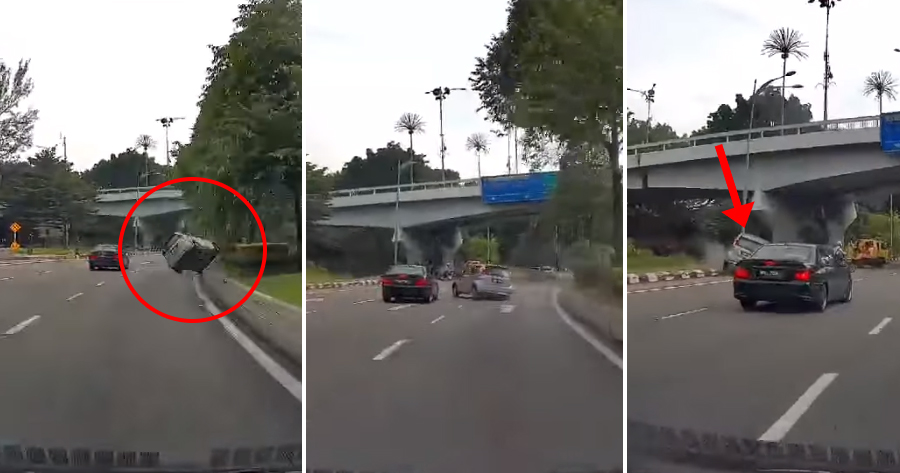 Malaysia’s ‘King Of The Road’ – aka Perodua Myvi – is not only a strong and powerful car, it also somehow always ends up in bizarre situations that can almost be compared to a Fast And Furious movie scene.

This time, a Myvi was caught on video knocking a curb and then ‘bouncing’ to the other side of the road where it hit the curb again, but miraculously did not end up crashing into anything.

From the timestamp of the video, the incident happened at about 6pm on 17 May.

The Myvi is estimated to be cruising at about 90km/h on a slightly curved road when suddenly, the Myvi makes a sharp right turn and knocks into the road divider. But instead of crashing, the Myvi simply rides up the curb like a ramp and spends a good millisecond in the air before being flung across the road.

The Myvi performs a ‘near miss’ with a black Proton Waja while being launched diagonally across the road where a tow truck and a car are situated.

The Myvi not only hits the curb again but manages to avoid crashing into the tow truck and the car altogether.

It is unclear what caused the Myvi driver to behave in such a way but thankfully no accidents happened at the time.

Maybe Myvi should become a stunt car. What do you think? 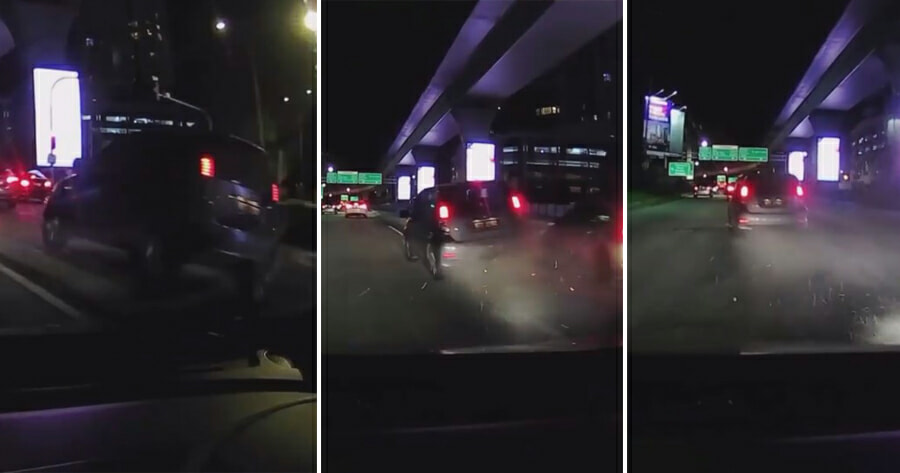