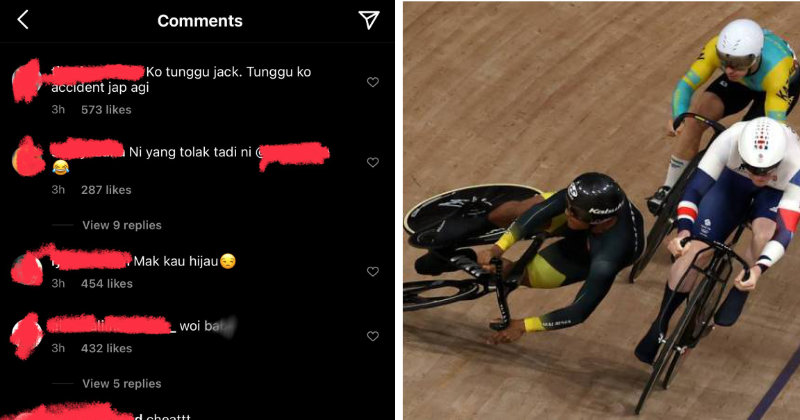 National track cyclist Muhammad Shah Firdaus was involved in a crash during the first round of the Olympic Men’s Keirin race at the Izu Velodrome last Friday (6 August 2021) after he collided with Great Britain’s Jack Carlin. Thankfully, the accident ultimately didn’t stop Shah Firdaus from reaching the quarter-final of the event before falling short at its second round. We’re still proud of you Shah!

However, the track accident with Jack Carlin has morphed into something more than just sports after Malaysian netizens started to attack the Great Britain athlete on his social media accounts for causing the accident with Shah Firdaus. In fact, the attacks were flooding Carlin’s Instagram profile too much that he had to limit the comments section.

Following the accident, Carlin has clarified that he never had any intention to cause injury on anyone and that accidents are something common in Keirin. Furthermore, Shah Firdaus himself has urged for his fans to not accuse Carlin or any other Keirin athletes of intentionally causing harm to other track cyclists and that the whole thing was nothing but an accident. It’s just part of the game. 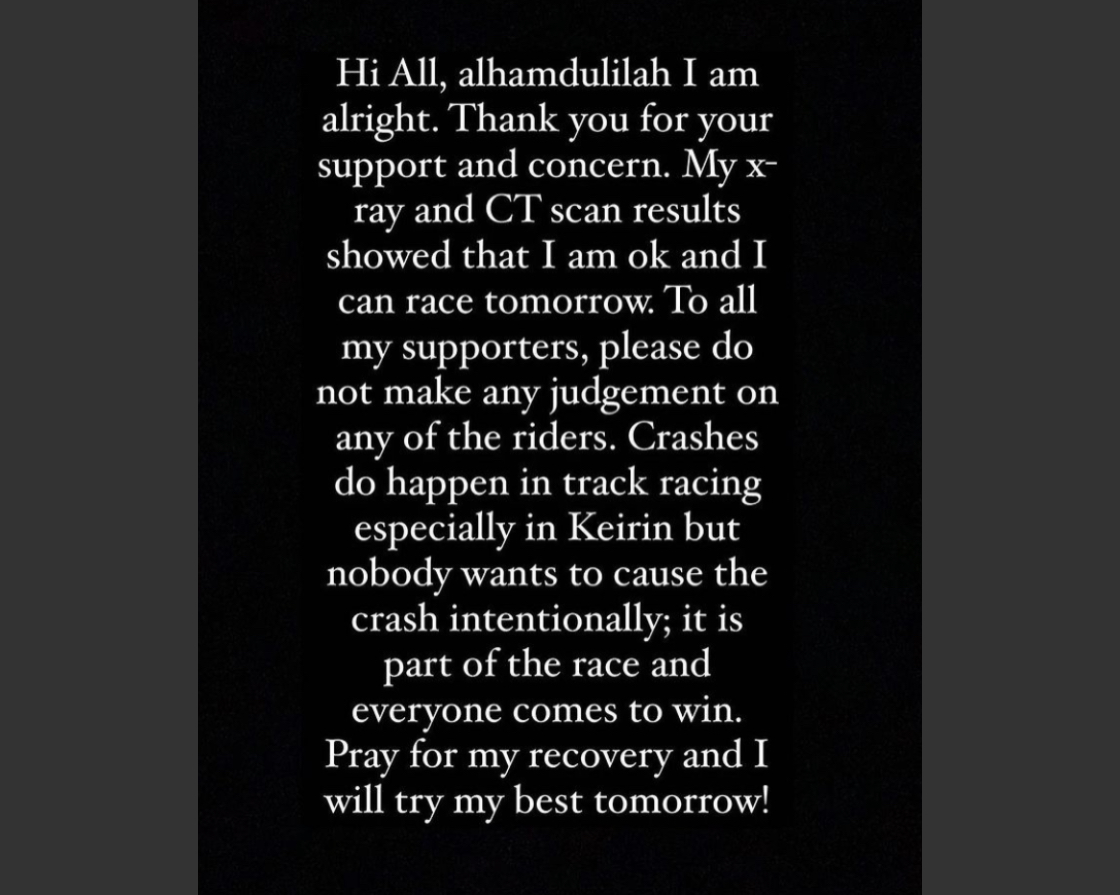 The hate comments received by Jack Carlin has since been criticised by a majority of Malaysians which classified them as embarrassing and ‘uncivilised’. One popular local twitter account named Typical Malaysian (@TypicalMsian) bemoans the immaturity of the so called Malaysia ‘Bawang Army’ after they flooded Carlin’s Instagram post with hateful messages and curse words.

“No professional athlete would want to injure another athlete. The fact that thousands of Malaysians went and spam Jack Carlin’s IG comments until he had to turn off comments is very embarrassing. It shows how immature we are in the world of sports as fans.” 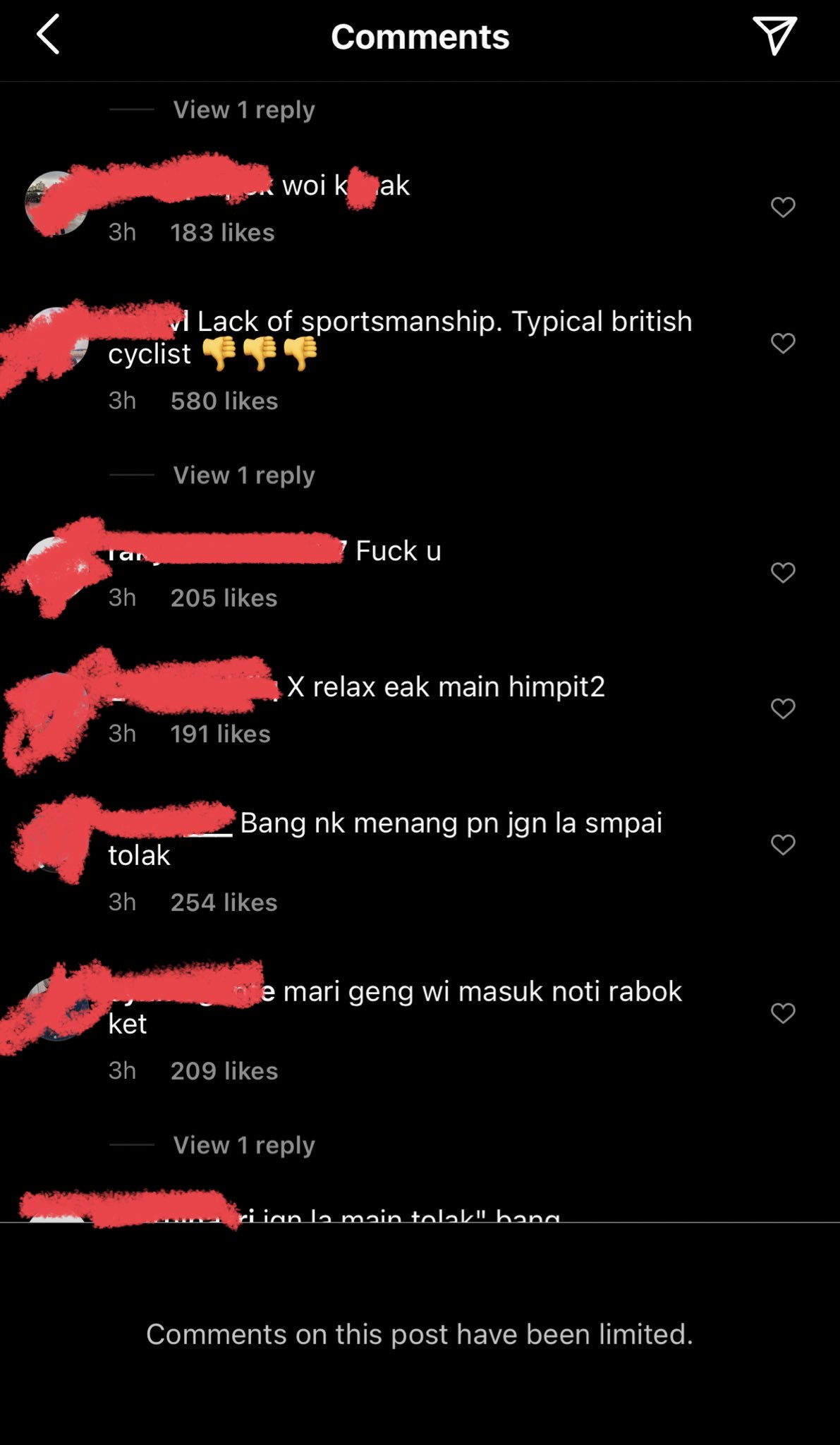 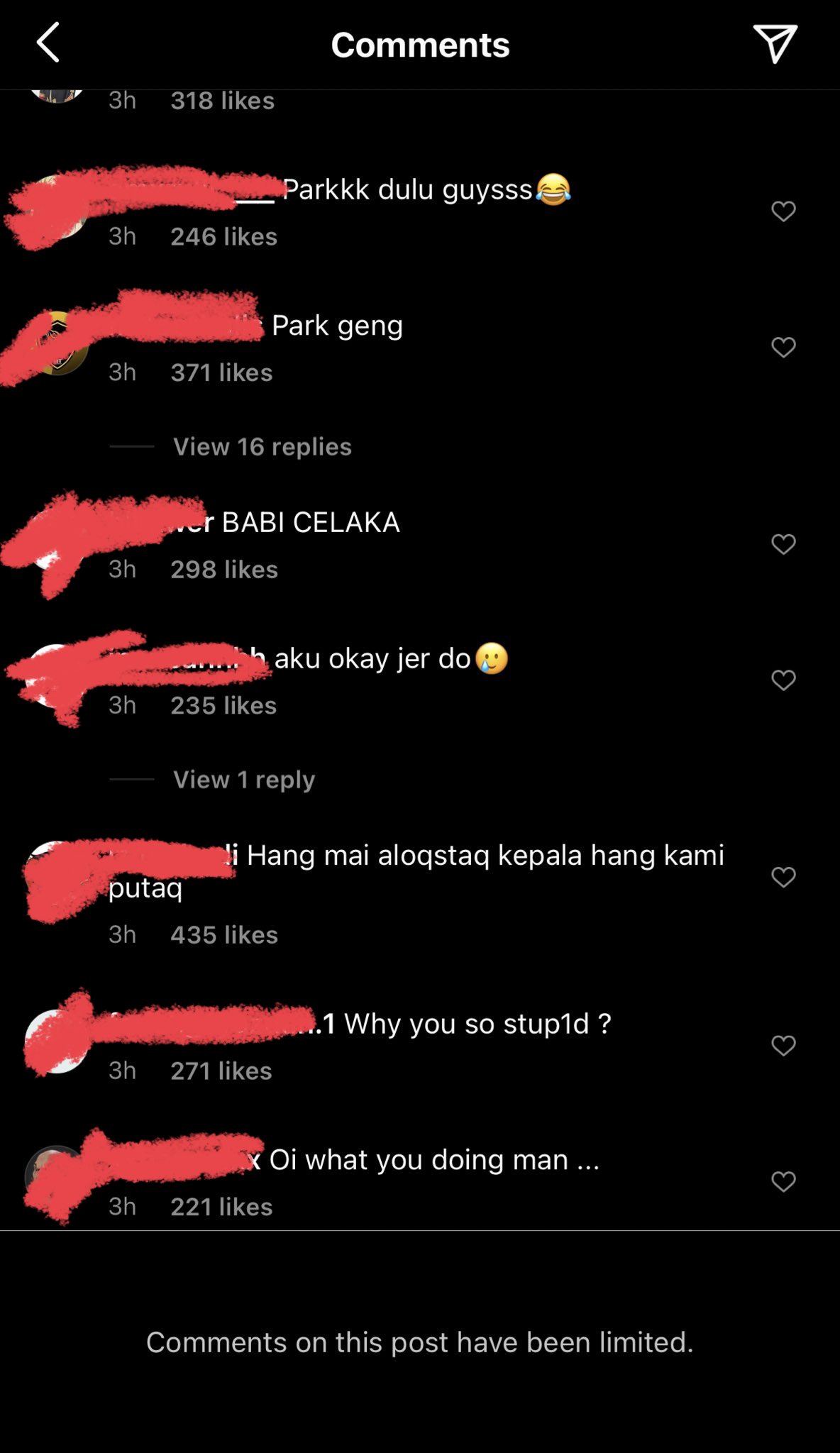 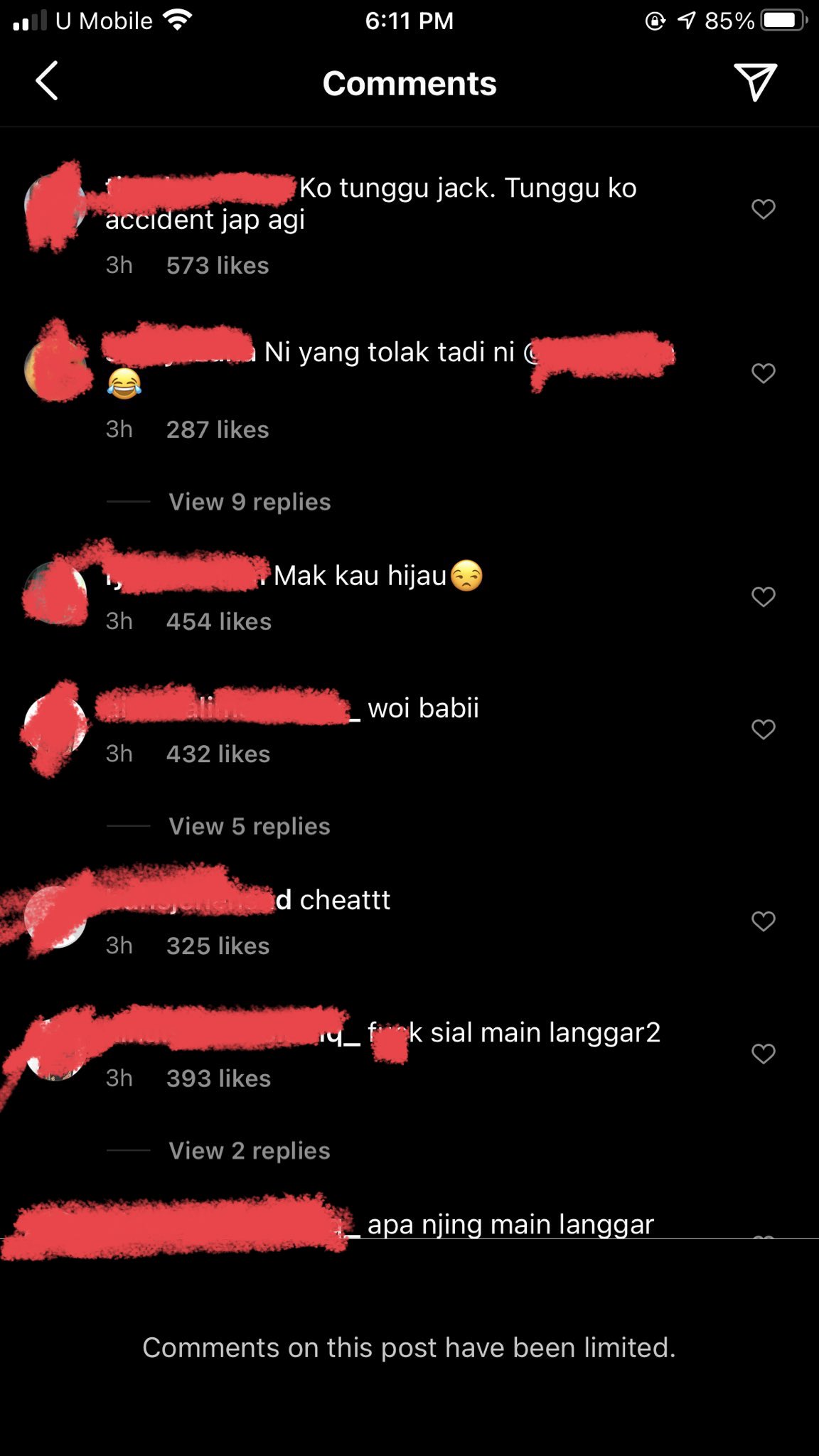 The tweet has since garnered over 11,4000 retweets as well as over 10,500 likes. A screenshot of the tweet was also shared on Facebook by a Malaysian named Rusyainie Ramli who criticised the Bawang Army’s embarrassing actions. In a Facebook post that has since shared over 1,500 times, Rusyainie urged Malaysians to not sully the image of our nation with such immature actions.

What do you guys think? Have the Bawang Army gone too far? Share your thoughts with us in the comments. 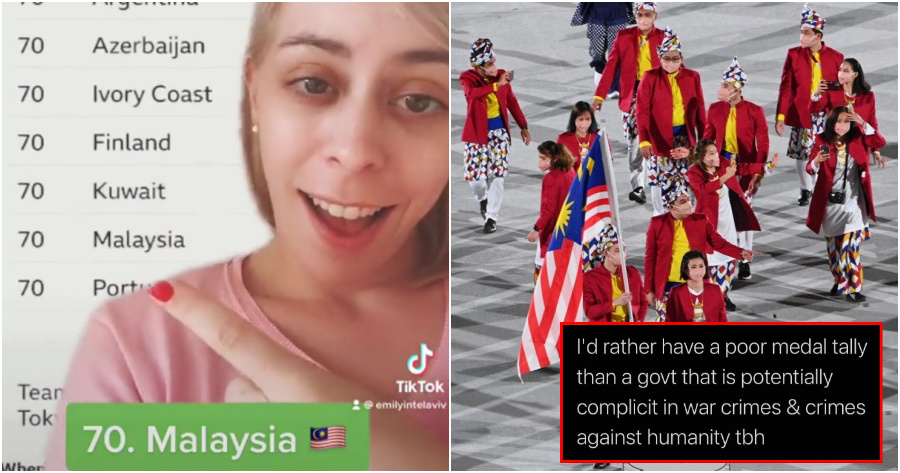