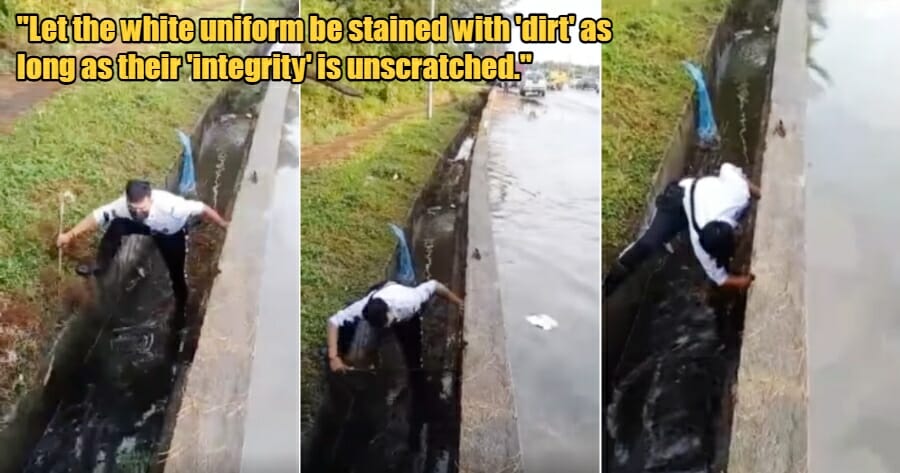 It’s no secret that people are afraid of enforcement officers, thanks to the bad reputation they get due to the bad eggs in their organisations.

But, every so often, an officer comes around to prove that not all of them are bad.

The POLIS Daerah Penampang Facebook page shared a video showcasing a traffic police officer getting down and dirty in a drain as he tries to clean out a clogged drainage pipe that had caused a large puddle of stagnant water to form on a busy road. 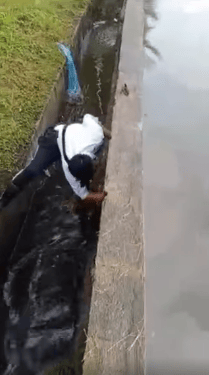 They wrote, “On the basis of concern and responsibility, Corporal Shah Arman from the Traffic Investigation and Enforcement Division of the Penampang District Headquarters took steps to remove dirt and waste in a clogged drain that resulted in stagnant water on the road in Kampung Meruntum Putatan.”

He was also not alone as his colleagues, Sergeant Fadzil and Constable Syazwan, were there to help control the traffic while he attempted to clear out the drain. 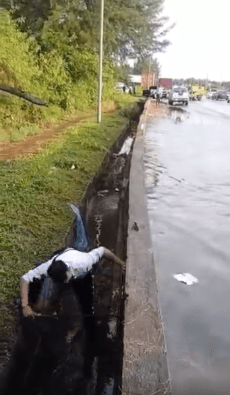 “Let the white uniform be stained with ‘dirt’ as long as their ‘integrity’ is unscratched. Kudos, Corporal Shah Erman for the positive attitude shown to the community”, they added.

Impressed by the officer’s initiative, netizens did not hesitate to commend him for his efforts.

“The best, he should be exemplified.” 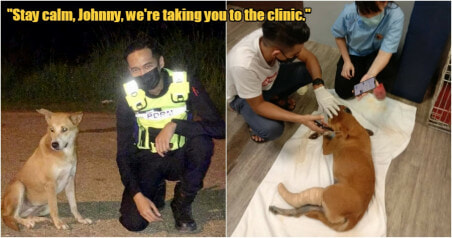