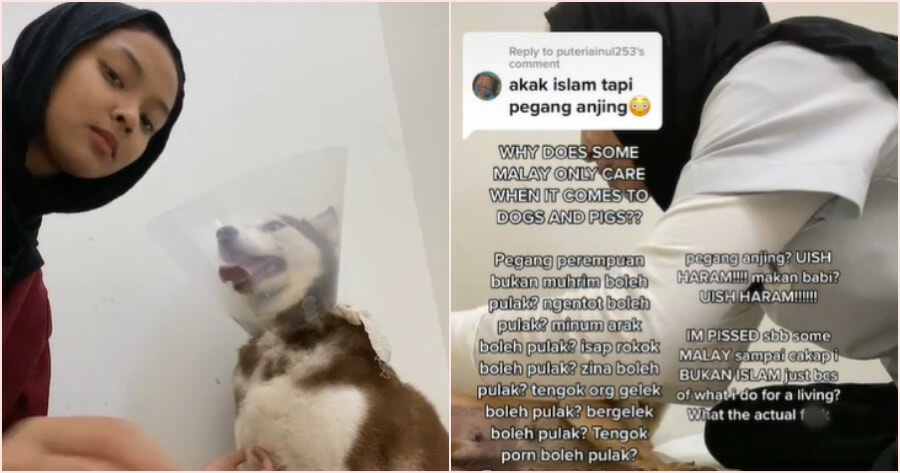 Dogs are considered haram, or forbidden, in Islam as they are thought of as dirty. However, there seems to be a debate on whether touching the animal is completely forbidden or if Muslim’s should not touch its nose or mouth.

Whatever the case, it should be noted that dogs, just like any other animal, must be protected and cared for as well.

As such, veterinarians are allowed to handle dogs as they are merely doing so to care and treat it.

A local Muslim assistant vet nurse recently found herself facing a fair bit of backlash from Muslims after she had posted videos on TikTok on how she handled dogs. 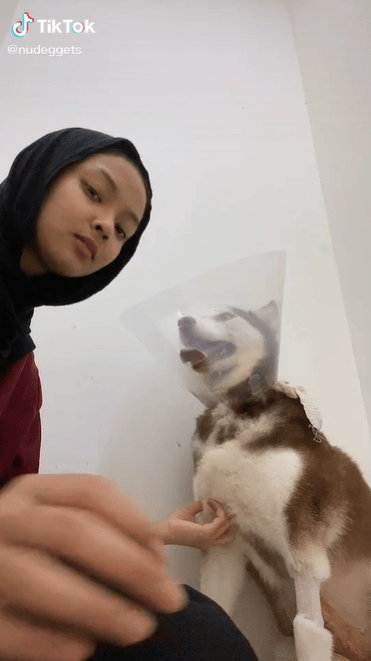 Nad, who is working at a veterinary hospital here in Selangor has shared a number of videos on her ‘patients’. 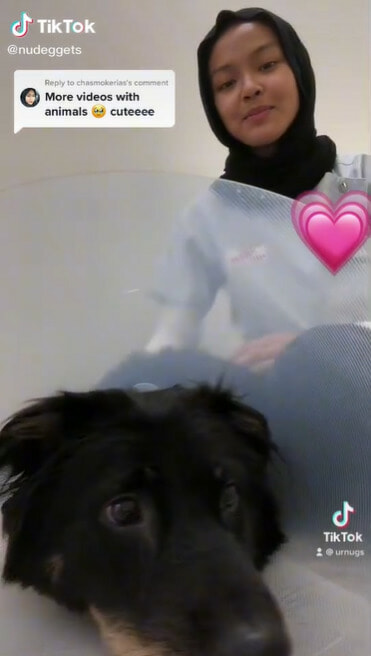 Criticised for working with dogs

Although some users loved her videos and asked for more content with the dogs that she cares for, unfortunately, her videos were bombarded with comments by Muslims who questioned her religious status and whether she is aware that touching dogs is haram.

“Sorry just wanted to ask. Is she a non-Muslim”, asked a netizen.

Another said, “Are you a non-Muslim? Don’t be angry I’m just asking”.

One user commented sarcastically, “As if there are no other animals for you to touch“.

“Are there no other jobs you could work in.”

After the huge amount of comments she received regarding her religious status and why she was touching dogs if she is a Muslim, Nad criticised netizens for being far too quick to judge.

In a TikTok video responding to one of such comments, Nad wrote, “Why do some Malays only care when it comes to dogs and pigs?”

“I’m pissed because some Malays are even saying that I’m not Muslim just because of what I do for a living“, she added. 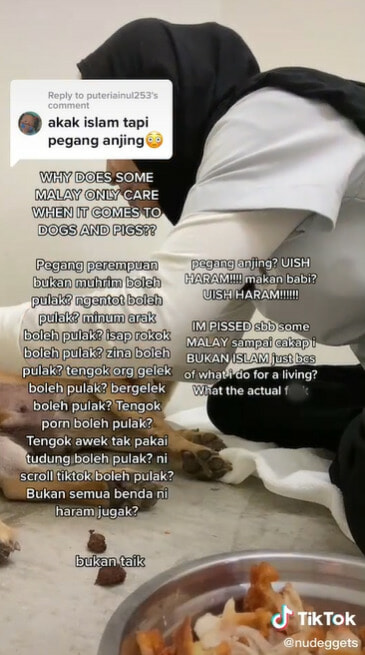 Speaking to WORLD OF BUZZ, Nad says that she doesn’t understand why it’s such a problem for Muslims to help animals including dogs and pigs as they are also God’s creatures.

“Islam is indeed a beautiful religion, hence why it is only forbidden to touch dogs if there is no good intentions such as to help or treat. But to me, it would not be a problem if you want to touch it for no reason, as long as you sertu yourself afterwards.”

“I am upset with people who accuse me that I am a non-Muslim just because I touch dogs without knowing my background or what I do for living“, she added.

She explained that she is more comfortable with touching dogs without gloves as it is easier to gain their trust and keep them calm.

“In order to overcome this, I suggest that we all learn how to show respect towards the jobs of others because at the end of the day, we are all just trying to put food on our table“, said Nad. 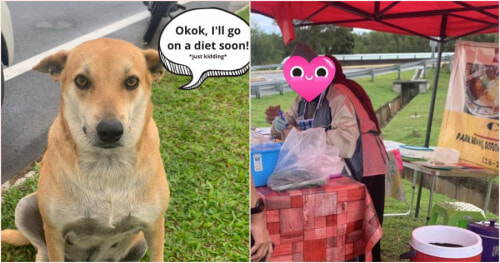