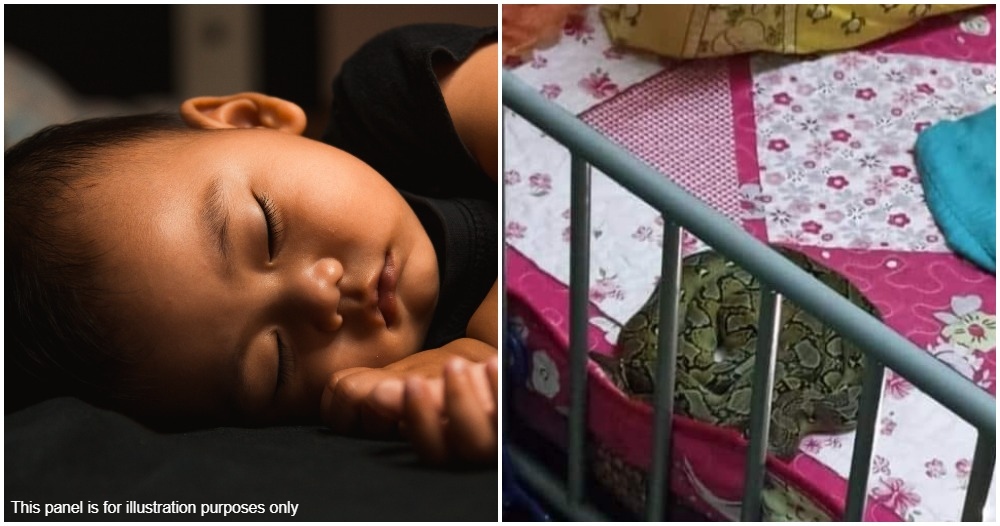 A mother in Melaka got the fright of her life when she went to check on her sleeping daughter.

On 6 March 2021 at about 9pm, a mother by the name of Nurul Fatehah Amran, 24, wanted to change her sleeping toddler’s clothes. As she entered the room, she noticed something shiny and with ‘batik-like’ patterns next to her child’s shoulder. 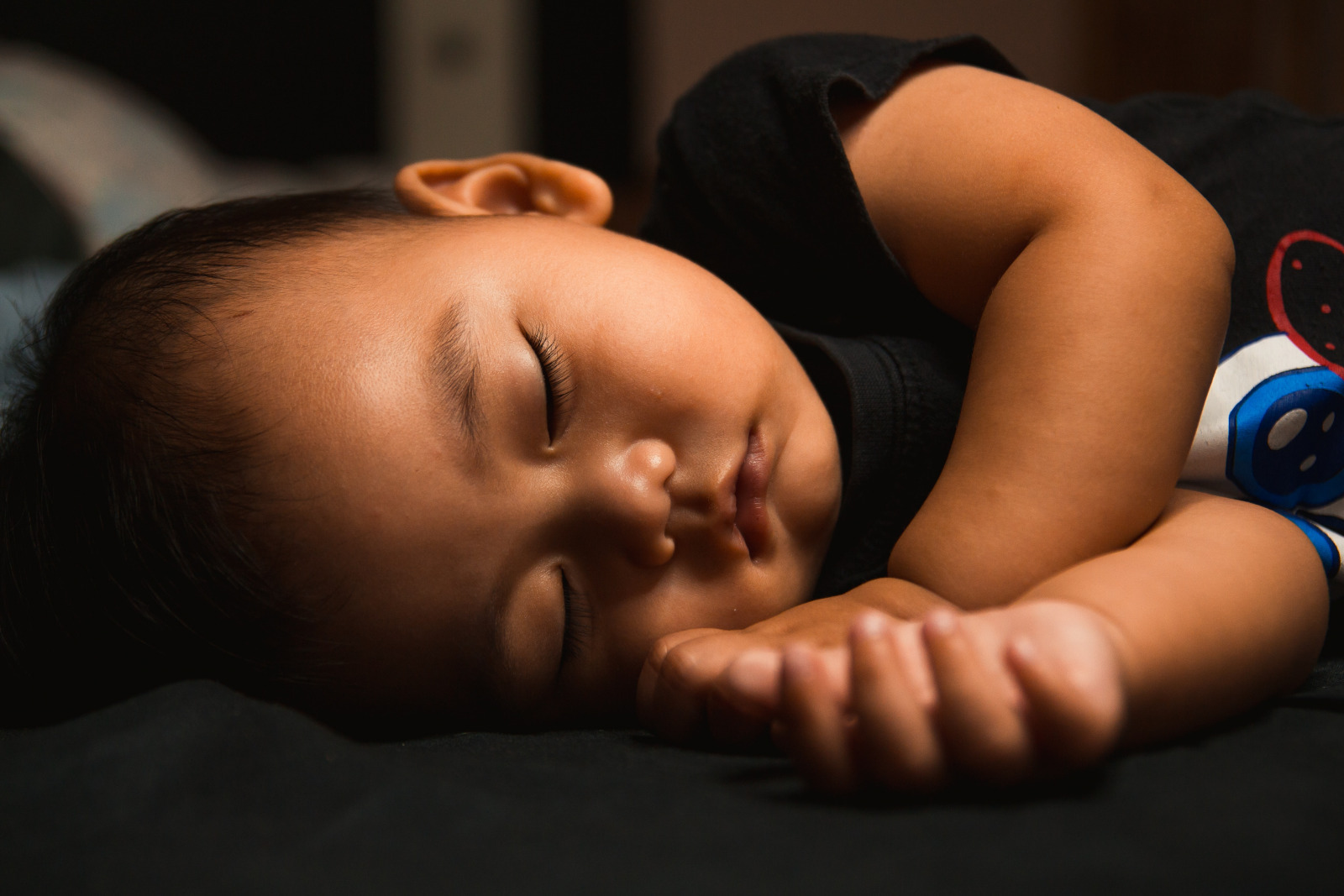 When she moved to pick up her child, the shiny thing moved, so she immediately held her child and sprinted out of the room while calling for the members of her family. When she was safely out of the room, she checked her child’s body to see if there were any injuries. Luckily, no injuries were reported.

Fatehah’s brother then called the Alor Gajah Civil Defence Force to remove the snake from their household. According to Kosmo!, the python is believed to have come from some of the bushes near the house. 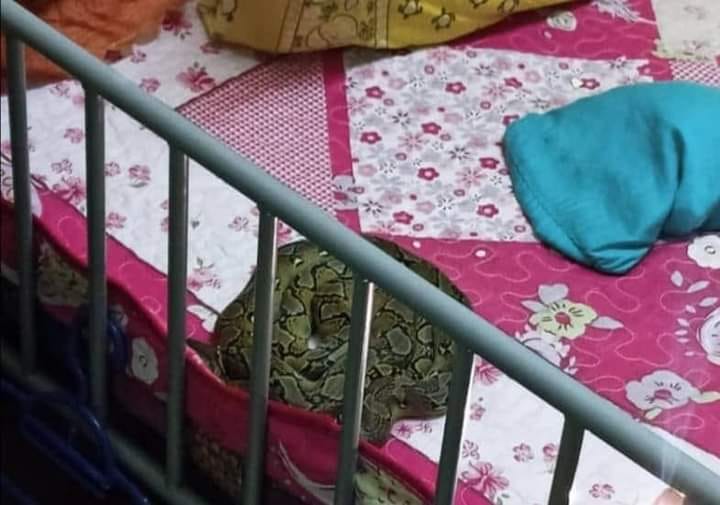 Four members of the Alor Gajah Civil Defence Force were dispatched to remove the snake. They found the python under a pillow and took about 10-15 minutes to remove it. The reptile was about one metre-long and weighed a total of six kilograms.

The authorities then took the snake and released it back to its natural habitat far away from residential areas.

Snakes can hide in bushes, so be sure to keep the bushes inside and outside your property trimmed! 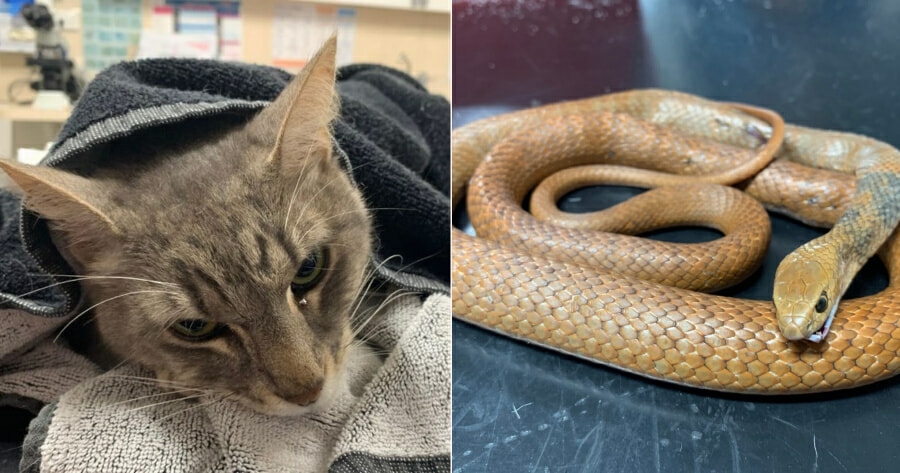