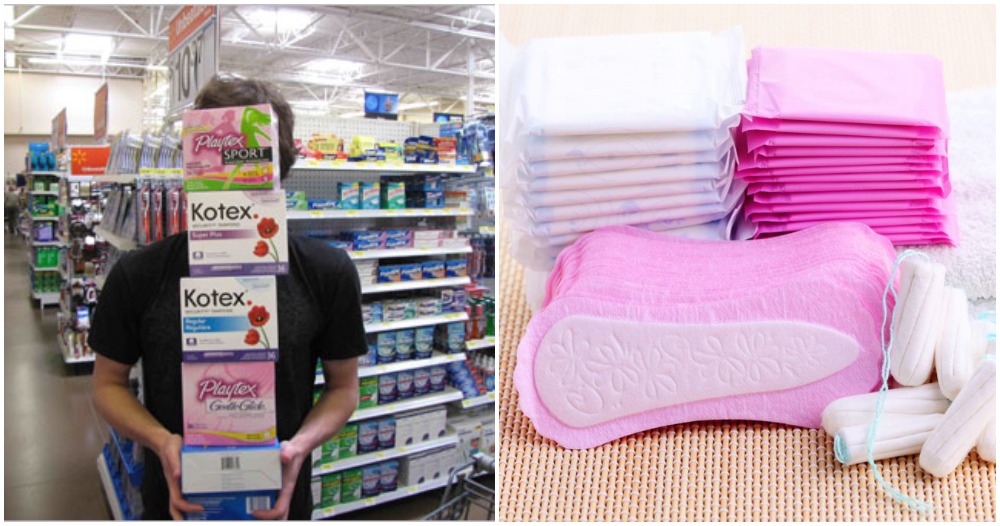 It’s 2020, why is buying pad and periods STILL a taboo subject?! Let’s all be adults and normalise speaking about periods as it’s a perfectly natural process. Women buying pads and what more men buying pads for the women in their life shouldn’t be a big deal!

That wasn’t the case however for this Malaysian man who faced some hostility from a convenience store worker when he wanted to buy sanitary napkins for his wife. He posted his predicament in the confession page of a local university. 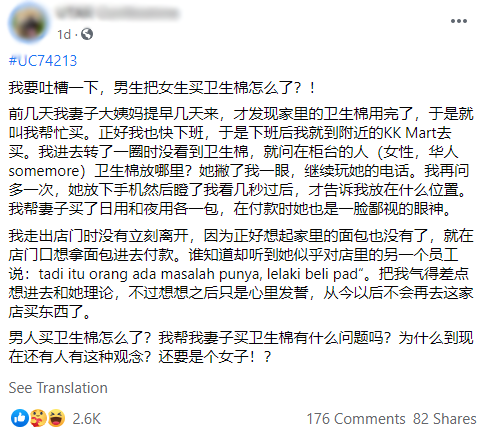 In the post, the man explained that his wife’s period came a few days early and she found out that they were out of sanitary napkins and she asked her husband to get her some. When he finished work, he visited a convenience store to get some pads for his wife.

Initially, he couldn’t find any so he approached the cashier to ask where were the sanitary napkins to which she ignored and continued playing with her phone. Only when he asked the second time, did she show him the area reluctantly with an annoyed expression. Even when he was paying for his purchases, she had a disgusted look on her face. 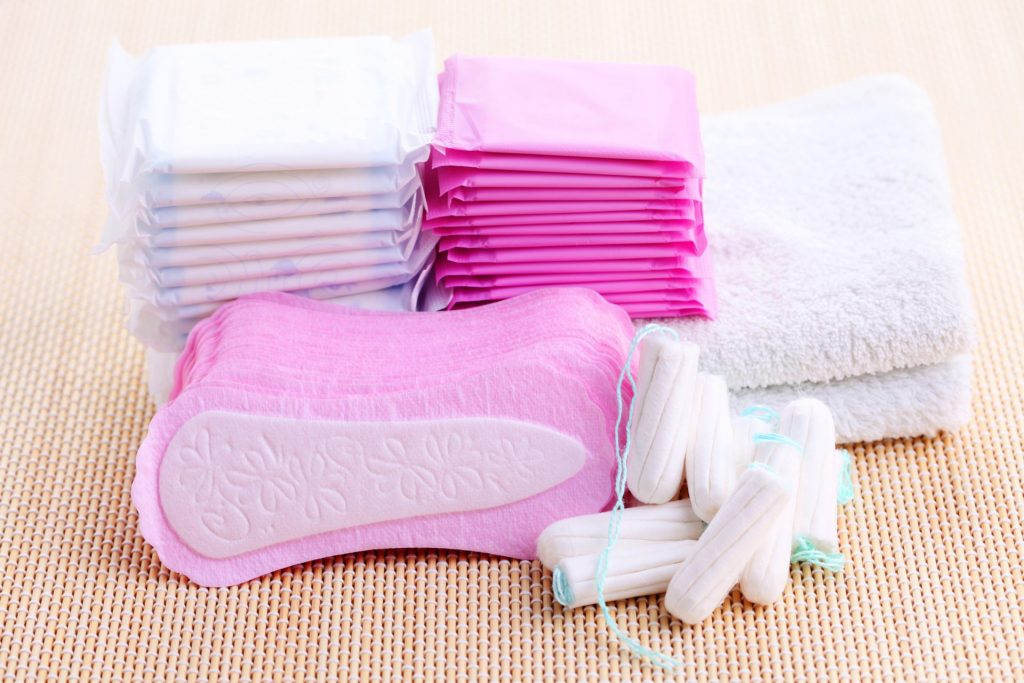 Just as he was about to leave the store, he remembered that he had no bread at home and he was about to re-enter the shop when he overheard the cashier complaining to another employee;

“That person just now has an issue, a man buying pads.”

Feeling angry, the man wanted to go in and have a word with the employee about the issue. But instead, he just chose to keep silent and vowed to never return to the store for any of his future purchases.

The man ended his post by asking a simple question, “What’s wrong with men buying pads?” and if he did anything wrong for simply wanting to help his wife.

To reiterate, what did the man do wrong besides wanting to help his wife? How do we expect to educate the younger generation about period and pads when there are adults who behave with such narrow-minded thinking? 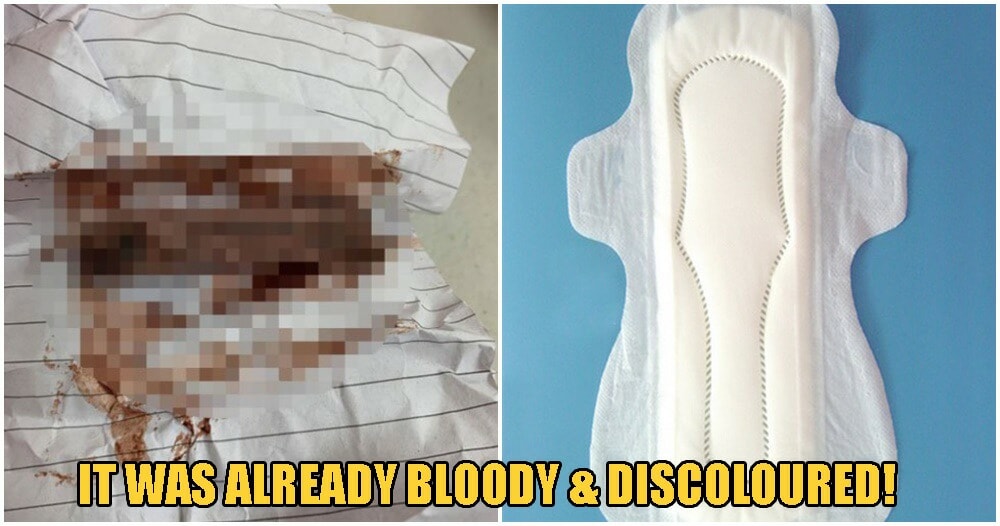