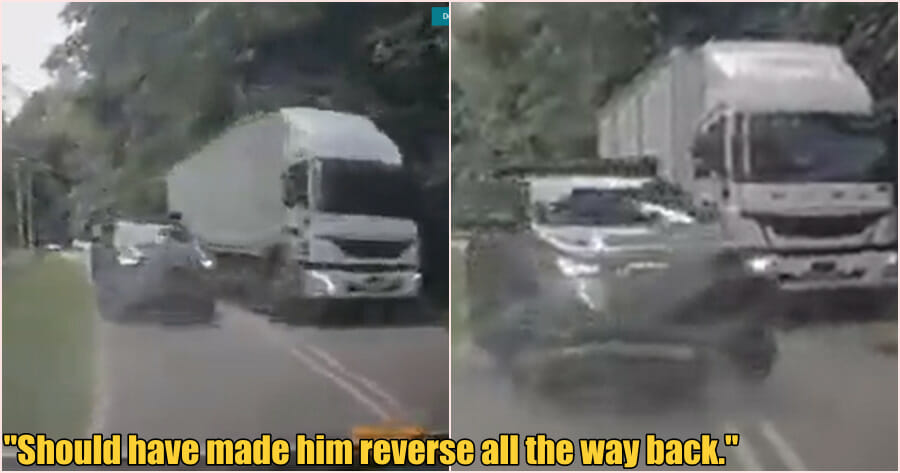 One of the most important rules to know when driving is that you must never overtake when they are double white unbroken (continuous) lines on the road.

The lines indicate that it is unsafe to overtake and that doing so is illegal and may pose a dangerous threat to road users on the opposite side.

Recently, dashcam footage of such an incident went viral after a 4-wheel drive vehicle had attempted to overtake a lorry on a double white line only to stop when it nearly crashed into a road user driving the other way. 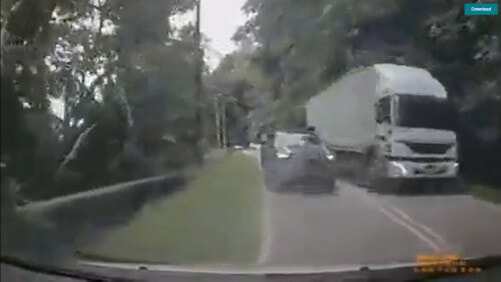 The owner of the dashcam recording then reverses so that the 4-wheel vehicle can go through. He then scolded the driver and said that he caused his child to fall from the seat whilst sleeping.

Multiple honks can also be heard as other road users condemn the driver of the 4-wheel vehicle for his actions.

In the footage, the 4-wheel vehicle driver could also be heard pinning the blame on the lorry ahead of him.

“Why did you reverse?”

The dashcam footage has gone viral on various social media platforms. Netizens were up in arms with the driver’s conduct and criticised him for endangering other road users.

A couple of users also pointed out that if it were them, they wouldn’t have reversed like the owner of the dashcam footage and would instead force the driver of the 4-wheel vehicle to reverse to the back.

“If it were me, I wouldn’t have reversed that quickly. To see what he does to fix his stupidity,” said a user.

Another commented, “Why did you reverse? It’s your right of way. Just act stupid until he reverses into a ditch.”

“Let him reverse all the way back of all those other cars behind him,” said another user.

Police are investigating the matter

In a statement by PDRM’s official Twitter account, they stated that the incident happened at Jalan Janda Baik, Bentong, Pahang.

“The traffic department of IPD Bentong will be investigating the matter, find the owner of the 4-wheel vehicle and bring him in to give a statement.”

“If he is found guilty, a summon can be issued to the driver for overtaking at a double line which is illegal,” they added. 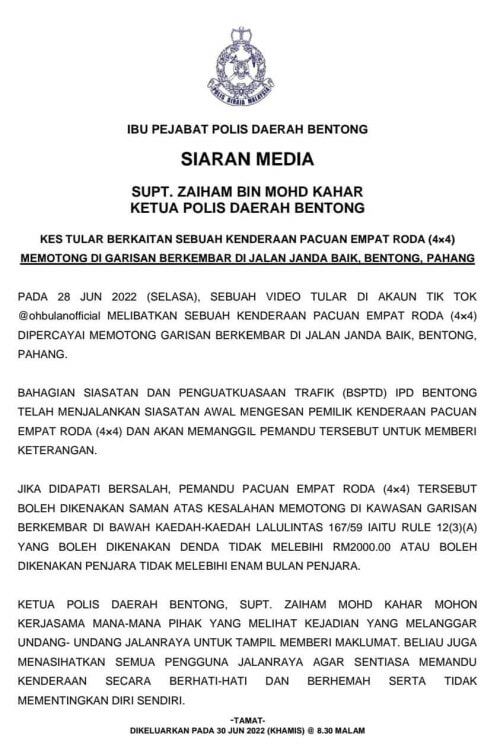 The statement also stated that the Chief of Bentong Police Supt Zaiham Mohd Kahar urged the public to report similar cases and advised all road users always to drive safely and selflessly.

What do you think of the driver’s actions? Let us know in the comments. 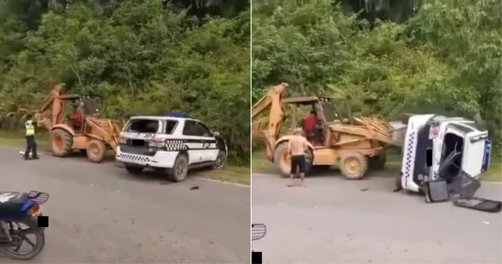