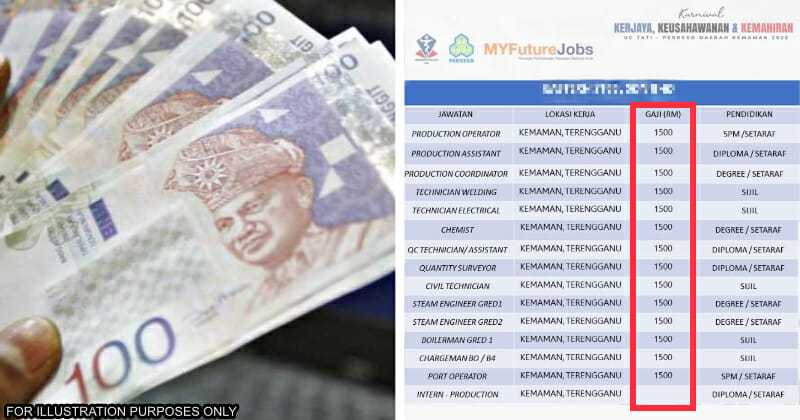 Previously, we reported on a lorry driver vacancy ad from Singapore that went viral for requiring applicants to have at least a Bachelor’s Degree and 10 years of driving experience with rather average pay. Now, another vacancy ad has gone viral, this time from Terengganu due to its similarly ludicrous nature.

Posted on the Malaysian government job portal MYFutureJobs, screenshots of the vacancy listing from the company, Eastern Steel Sdn Bhd on the website shows that the company is offering minimum wage pay for ALL of its vacant positions. This is despite all positions having different rankings and requirements, whereby applicants will only be offered RM1,500 pay regardless if they have a Bachelor’s Degree, diploma, certificate or SPM. 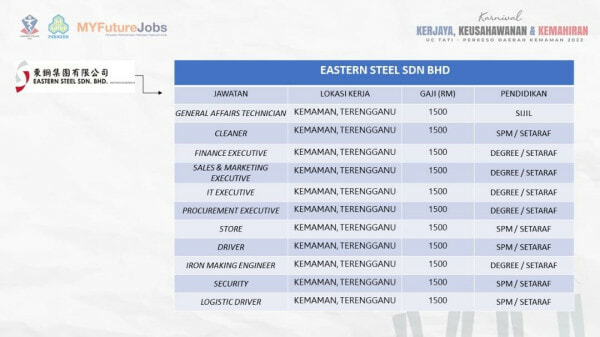 Worse, at the very end of the listing shows an opening for production intern at the company which has zero pay. Shared by @mkhairulazri on Twitter, netizens are certainly unimpressed by the company’s job listing and have since garnered over 4094 retweets and 5096 likes.

Similar to the lorry driver vacancy ad from Singapore, the listing has since been ridiculed by netizens. However, many pointed out that both ads were posted on government job portals and were deliberately posted with ‘lowball’ pay and ridiculous requirements so as to deter people from actually applying.

The commenters claim that this vacancy listing practise is a regular thing for companies in both Malaysia and Singapore because it is allegedly a requirement for vacancies to be posted on government job portals and that the positions must be offered to locals first before they can be offered to foreign workers.

However, do take the claim by these commenters with a grain of salt as no statement has been issued by the company or the relevant authorities just yet. Besides that, there are also other netizens that commented on the listing being a typo as the same company is offering significantly more pay for the same listed positions on private job listing sites. 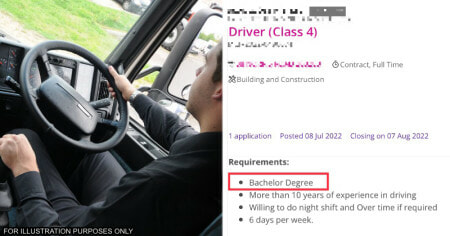