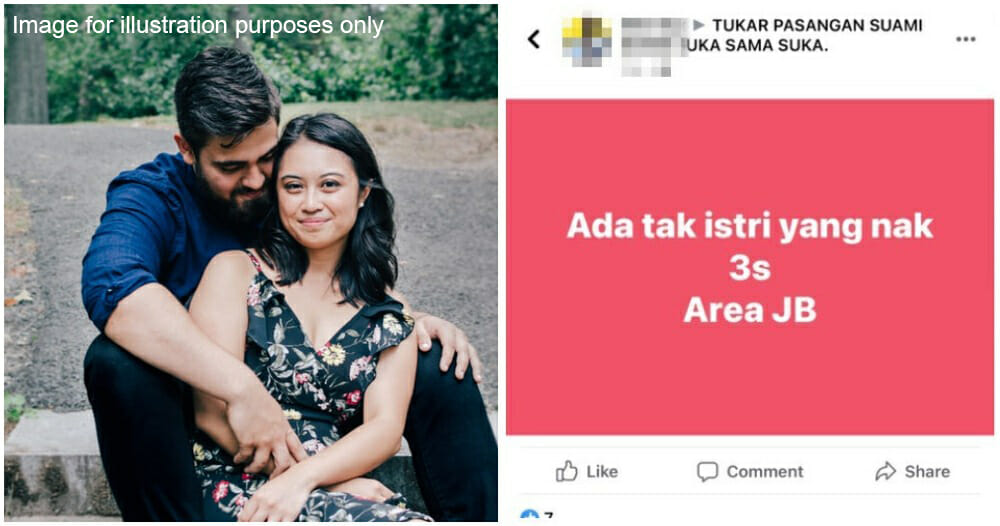 “Swinging” refers to the act of being sexually uninhibited and exchanging spouses for sex. While this practice is usually associated with Western countries, it seems like it has also made its mark in Malaysia. Twitter user Haqim (@emrhaqim) shared how he uncovered two Malaysian based “swinger” groups on Facebook. 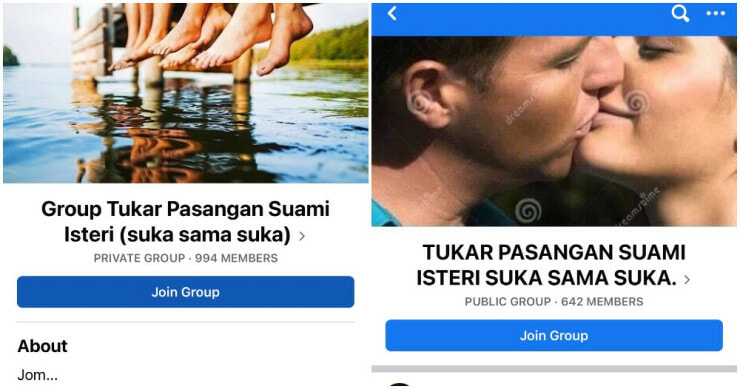 The group is called Group Tukar Pasangan Suami Isteri (suka sama suka) which translates to a group for people to exchange their married spouses provided they both like each other. According to Haqim, the group featured Malaysians requesting for the spouses of others including husbands offering their wives and wives allegedly offering themselves. 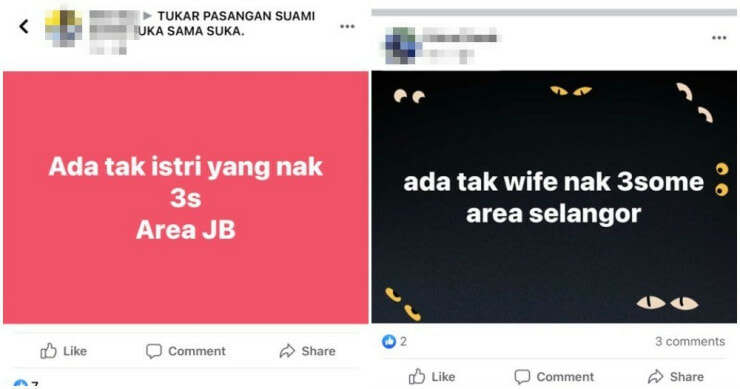 Haqim added that he couldn’t determine whether these postings are happening with their partner’s consent. “If not, I believe this can be considered as a sexual crime,” he said.

When asked, Haqim told WOB that these types of immoral groups should be banned as it ruins the sanctity of one’s marriage. He even said that sex with strangers as such can lead to sexually transmitted diseases in addition to it being prohibited in Islam.

“When couples are married they should protect the marriage together, not have fun with other people. If so, what’s the purpose of you get married?”

One of the group members asked if they had a “group session” with their own wife.

“We need to be aware if there are any of our close friends or families in the same circumstances. At the same time, spreading awareness to society would contribute so much to the banning of these groups.”

Haqim also said that actions like these may have resulted from pornographic abuse and members indulging in such practices without thinking of the risks. As of now, the group is still active on Facebook but it has been infiltrated by non-members who are calling out the members and even urged them to report it to Facebook.

WORLD OF BUZZ did a quick search and found that the group admin has deactivated his account at the time of writing.

Have you encountered such groups on Facebook before? Let us know what you think of this in the comments section! 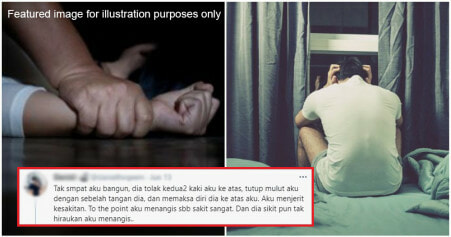