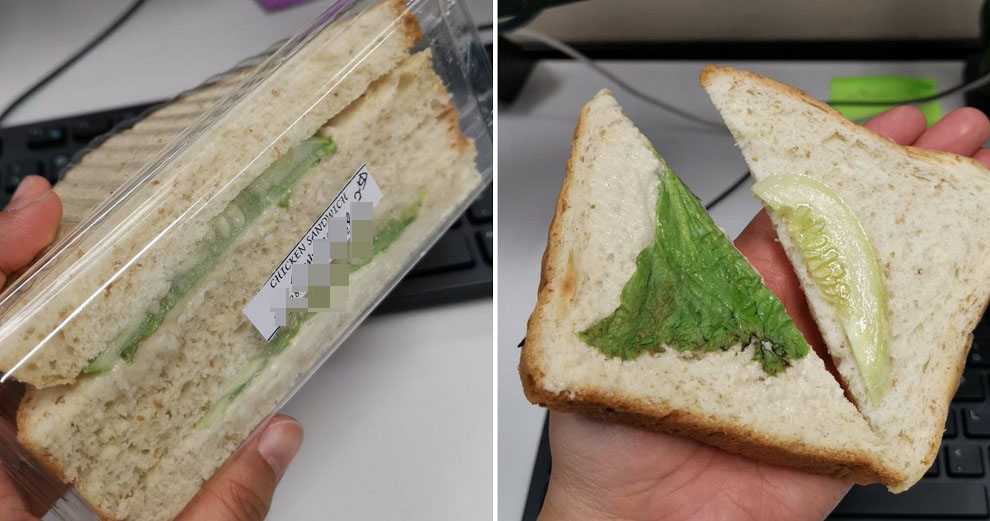 Earlier this week (9th July), a M’sian Twitter user shared how she recently bought a chicken sandwich for breakfast because she forgot to bring her own breakfast to work one morning.

However, she was disappointed to find that the sandwich only consisted of a piece of lettuce and a slice of cucumber between two pieces of bread. Wtf?! 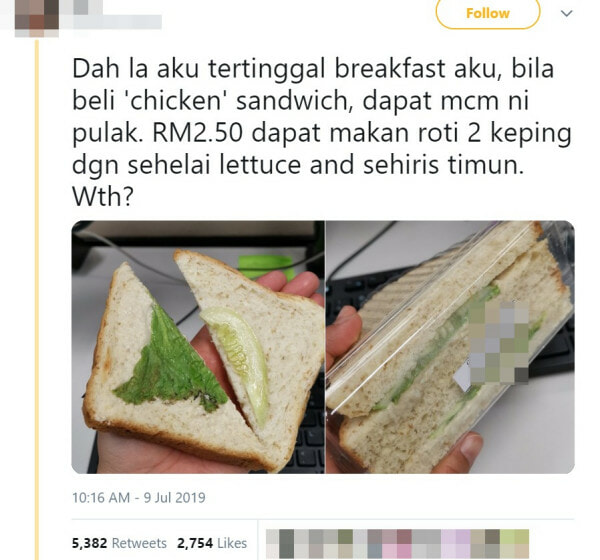 The tweet soon began to circulate, garnering over 5,300 retweets, and was met with some pretty hilarious responses from netizens!

“You misunderstood. “Chicken sandwich” means it’s a sandwich for chickens, not humans,” wrote one user.

“It’s all about your mindset. If you really want to see the chicken, then you will definitely see it appear in your sandwich!”

“Maybe the bread is chicken-flavoured.”

In response to this, the business owner who sold the sandwich ended up apologising for the error and has assured that they will be more careful in the future, even offering a refund. 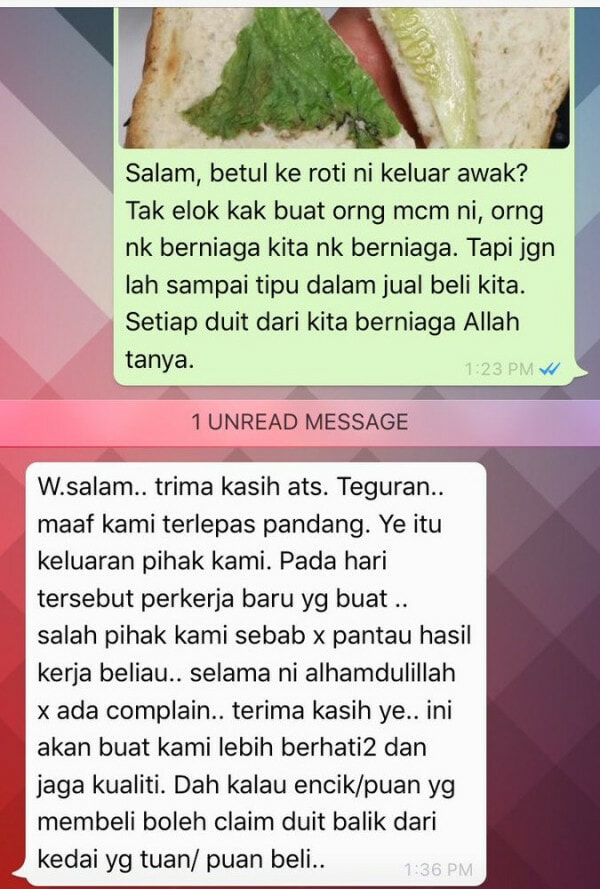 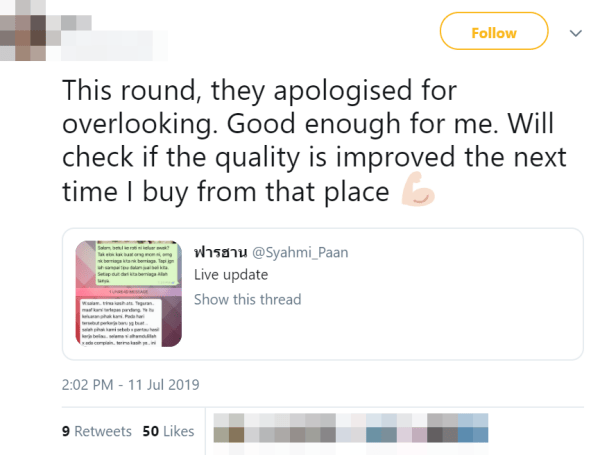 Well, let’s hope that the sandwich-seller is more careful now!

Have you had an experience similar to this? Let us know in the comments section!

Also read: Man Orders Dessert in IOI City Mall, Mind-Blown by How Little He Actually Gets 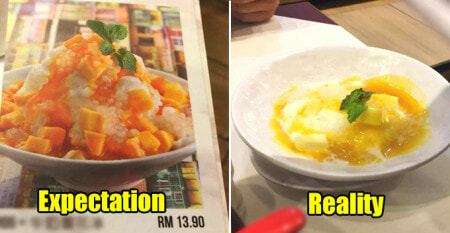