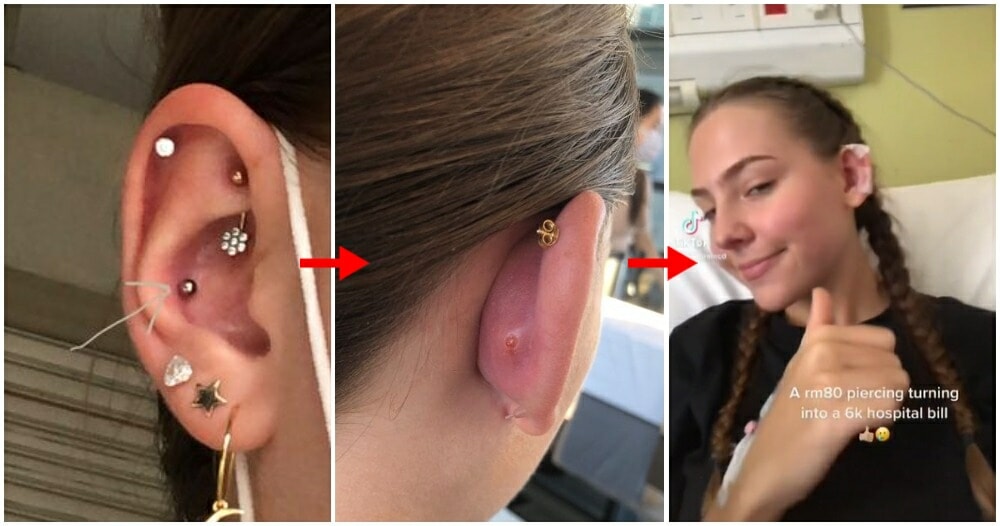 Piercings are a popular way for individuals to express themselves and it is something that has never gone out of trend.

A freelance model based in KL by the name of Antonia, 19, has decided to get a piercing in early May for aesthetic purposes.

She went to a piercing studio and got a conch piercing from a needle-using piercer. She paid RM80 for the piercing and all was well for the next few days.

The days go by and her piercing was healing fine, however, about a week after, there were signs of swelling around the piercing.

It continued to swell to the point that she needed to get the piercing removed 2 days after that by the original piercer.

After that, she saw a doctor and took prescribed medication for the swelling to go down but it took a turn for worse, so, her doctor referred her to a hospital.

On 21 May, she got to the hospital and was advised to undergo surgery as she had a very bad infection. They also needed to take out some unhealthy tissues and infected cartilage from the affected area. 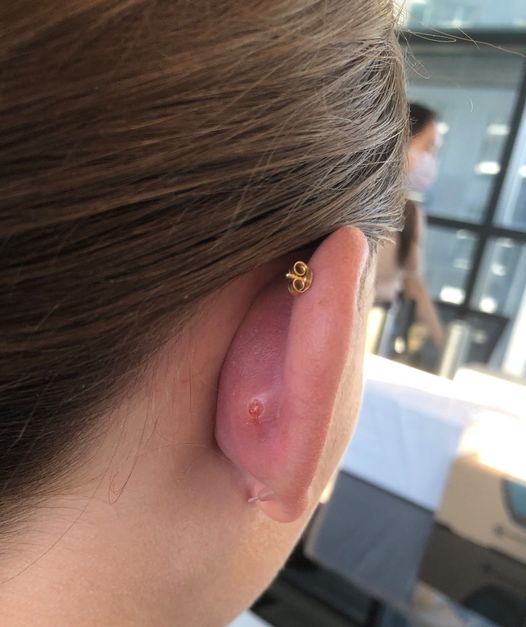 Her surgery was a great success and the model is still in the hospital as they need to clean the wound daily. Once the infection is gone, a bolster dressing will be used so that Antonia’s ears can regain their shape.

The lab reports showed that the wound was infected with a bacteria called pseudomonas aeruginosa.

Speaking to WORLD OF BUZZ, Antonia says that she was a little sad over this unlucky outcome.

“Obviously feeling a bit sad that this has become the unlucky outcome but just grateful that the infection didn’t end up spreading anywhere else and that the ear is on the road to recovering now. Just hoping now that it will look close to how it used to.” 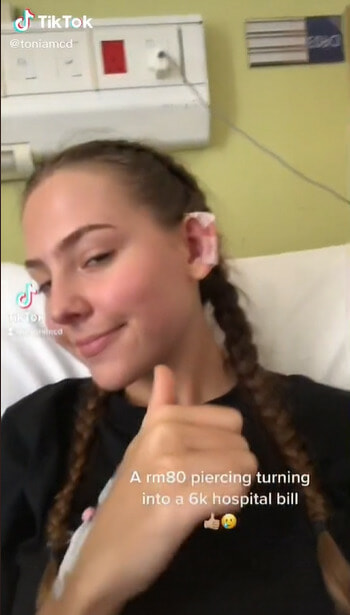 Antonia has also shared her story on TikTok which has garnered 1.1 million views.

♬ Me n U x Rock Your Body – Carter

We certainly hope that the young model will heal quickly!

Also read: WATCH: Little Kid Gets Ear Piercings, But Malaysian Dad is the One Who’s Scared 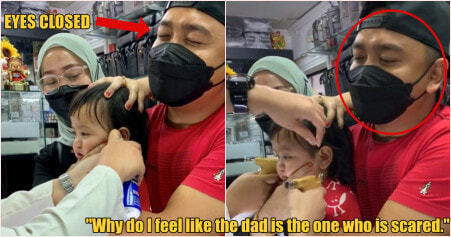