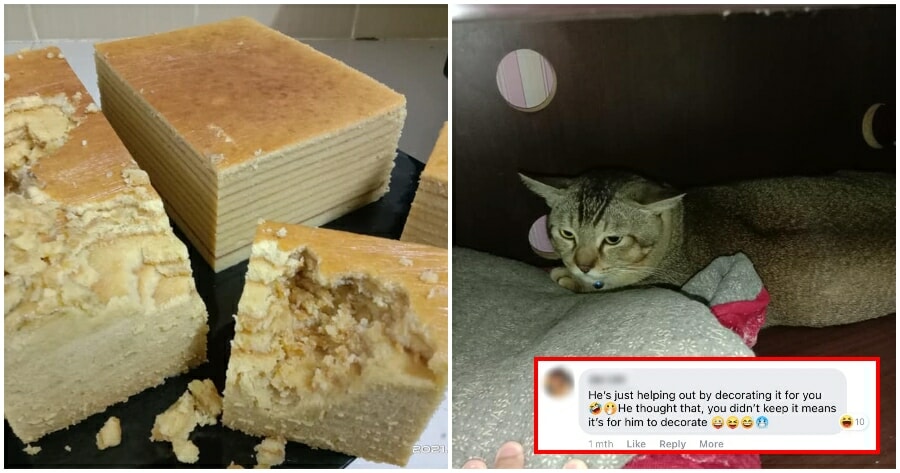 Cats can turn from the softest and calmest creatures to chaotic in just a few moments.

Recently, a Facebook post gained attention showing how a pet catto destroyed a cake order that was meant for a customer. The catto’s owner is a home baker. #workfromhomechallenges 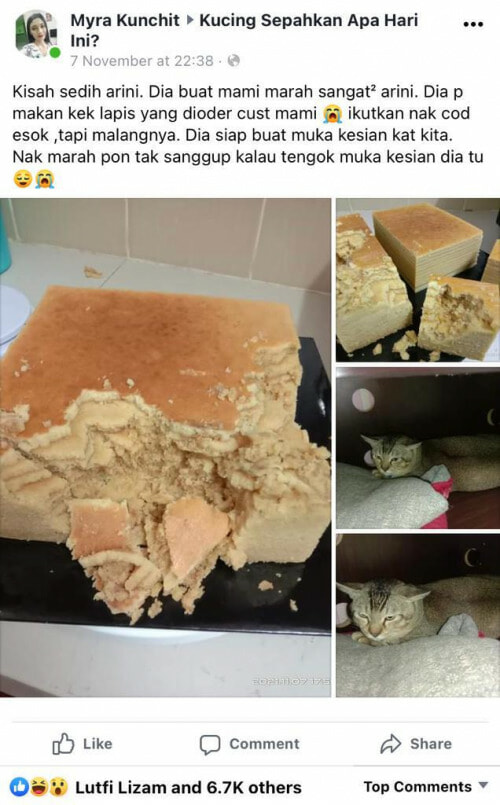 “Sad story of the day. He made mummy very angry today because he ate mummy’s freshly-baked layered cake that was meant for a customer 😭. I thought I could deliver it tomorrow, but things didn’t go according to plan it seems. He even made a puppy face after being guilty of eating the cake. I can’t even scold him after looking at that face 😌😭”

The fact that he made a sad face after doing the mischievous act made netizens amused. 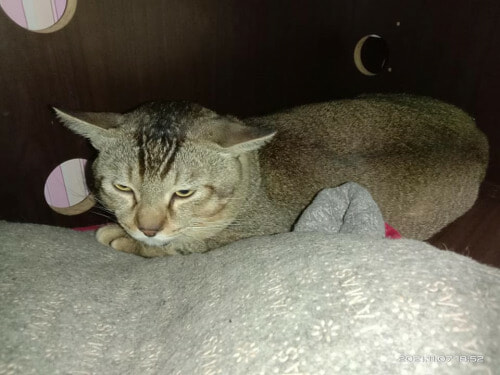 Mimet the cat is not what everyone expected!

According to Myra, Mimet wasn’t always like this. This was actually his first time being this mischievous! Since Myra is a home baker, it’s common for cakes to be in the house, and Mimet has never bothered her in any way.

But on this fortunate day, when Myra left the cake to cool down and later came back to check, to her surprise the cake was in pieces after being eaten by Mimet!

When he realised Myra looking at the condition of the cake, Mimet immediately ran towards the living room and hid in the cabinet.

“Maybe he knows that I will scold him, that’s why he ran away”, said Myra. 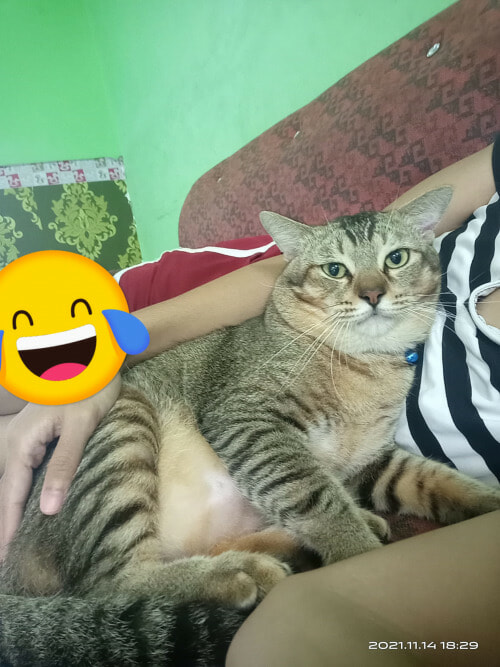 Protect Mimet at all cost!

Looking at Mimet, everyone fell in love and the post itself received 6.7k reactions, 1.2k comments, and 476 shares.

“It’s mummy’s fault for not keeping it at a secure spot… Mummy didn’t write a sticker saying it’s a customer’s order, so Mimet didn’t know…”

One Facebook user commented saying that Mimet was only helping Myra decorate the cake. Adding on that since Myra didn’t keep it somewhere else, so Mimet thought it was his job to help Myra decorate it.

Another user said it was because Myra didn’t make one for Mimet and sympathised that Mimet got scolding. 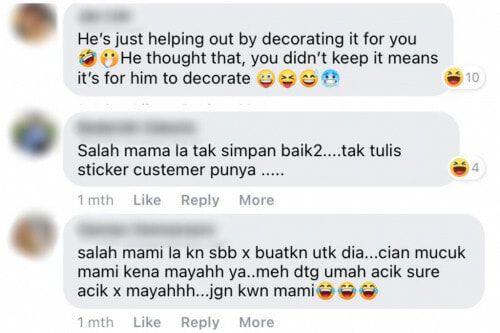 Myra’s cakes are too good!

Another group of Facebook users mentioned how delicious the cake is to the extent of Mimet wanting to eat it right away!

“I only wanted to take a small bite, but suddenly it was a lot…What can I do, mummy’s cake is too delicious…🤣”

Fret not! Mimet was not scolded and the customer was totally fine with what happened. This was because the customer is a close friend of Myra, and a new freshly-baked cake was delivered the following day.

Don’t we all love catto stories! Has your cat ever done something as mischievous as this? Let us know in the comment section down below! 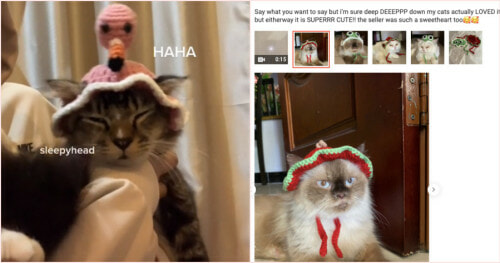