You heard that right, our local (almost) billionaire Tan Seri Dato’ Seri Jeffrey Cheah was spotted among a group of elderly gents by Facebook user Gary Chong, who recounted the experience in a Facebook post.

He was taking an evening stroll around Bandar Sunway when he spotted ‘a group of mature and elderly looking Asian gentlemen’. What surprised him was that they were picking up trash as they walked!

“They were walking in a pack and picking up little bits of trash on their way, be it small bits of used tissue paper to little strands of plastic strewn on the pavements and the green landscape around the surrounding buildings.”

Initially, Gary assumed they were Japanese as he had observed such behavior during his time in Osaka and Kyoto. However, upon recognizing their very lokal accent he immediately took them as Singaporean, refusing to believe they were Malaysians. Malaysians where got so liddat one, right?

“…there is definitely no way they could be Malaysians”

But as he got closer he recognized one of the men in the group, and after a little Google Image searches, Gary concluded that the man he saw was none other than Mr. Sunway himself! 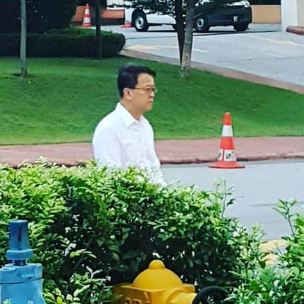 “Respect with a capital “R” to this guy for leading his team who by their age, should be corporate directors and the big guns of the Sunway Group.”

Gary mentions that he was bedazzled by the simple act of a man with wealth nearing the billions, leading his little platoon off to clean up the city. And the poetry in a man picking up junk around a city he built himself is oddly pleasing.

“As they walked towards Sunway Pyramid, I thought, wow, this is truly an amazing thing to see a billionaire and giant icon across a multitude of industries, doing something so simple and humble, literally without any press coverage, any sort of elaborate entourage of media/CSR presence via wearing corporate uniforms and etc.

“Doing his little bit to take care of the community and infrastructure which he and his group has built over the years…such an inspiration!”

Jeffery did, however, leave the scene in a way fit for a real estate mogul as himself – he revved off in a shiny crimson red Ferrari! 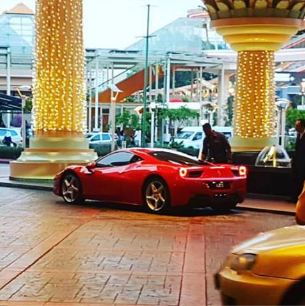 “Good on you Tan Sri! A billionaire hero who doesn’t have to don a cape and save his city in the dark of night.”