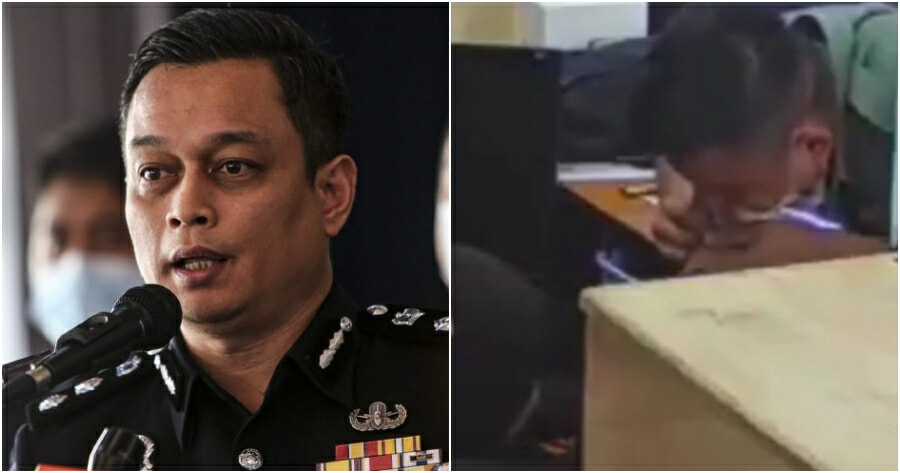 TW: The following content may be disturbing to some as it involves sexual content. Reader discretion is advised.

Just recently, a video of a man dressed in military uniform forcefully sucking on the finger of a vape shop saleswoman in Taman Keramat, Ulu Kelang, Selangor spread like wildfire online. The victim, who is only 18-years-old was approached by the military man who wanted to purchase vape items at the store before the sexual act took place. 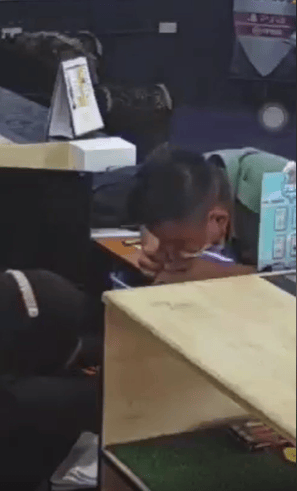 Following the incident, the perpetrator in the video has been apprehended by the police on 7 October. This was confirmed by ACP Mohamad Farouk Eshak himself, Ampang Jaya district’s chief police, who also said the arrest was made at the man’s house in Taman Setiawangsa at 12.30AM. 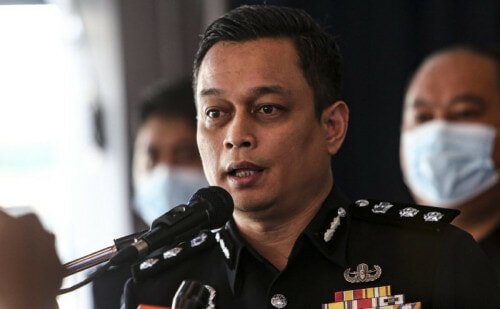 An official statement has also been released by ACP Farouk. 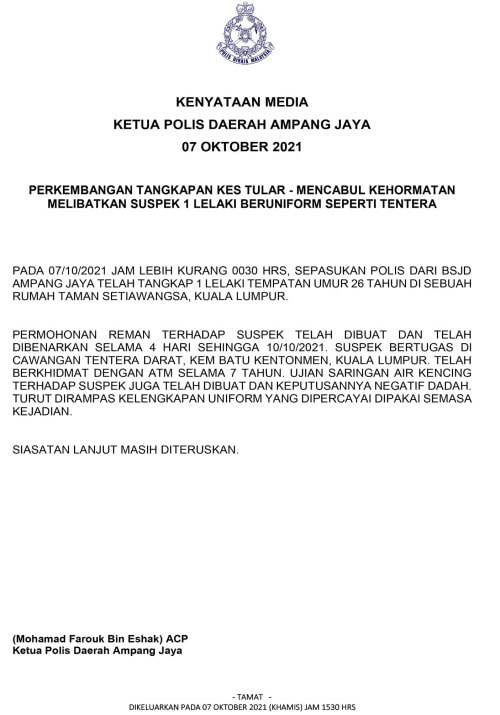 According to the statement, the 26-year-old man has been on duty with the Malaysian Armed Forces (ATM) for 7 years in Kem Batu Kentonmen, Kuala Lumpur. A drug test had also been conducted on the suspect in which the result came back negative. His military uniform which was worn during the incident has also been confiscated by the police.

At the time of writing, the suspect is in police custody and will be remanded until 10 October (Sunday) while the matter is being investigated further.

Previously, the military man came back into the shop and informed the victim that the vape pod had malfunctioned. She replaced it with a new one and handed it to the man, and that was when he grabbed her hand and put her finger into his mouth while smoking on the vape. 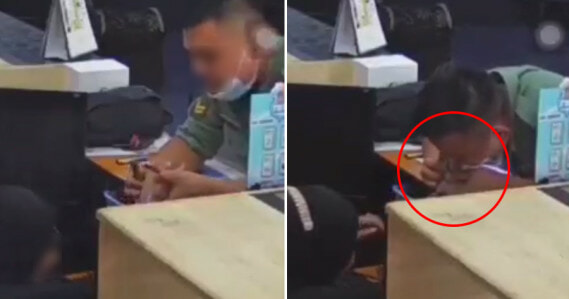