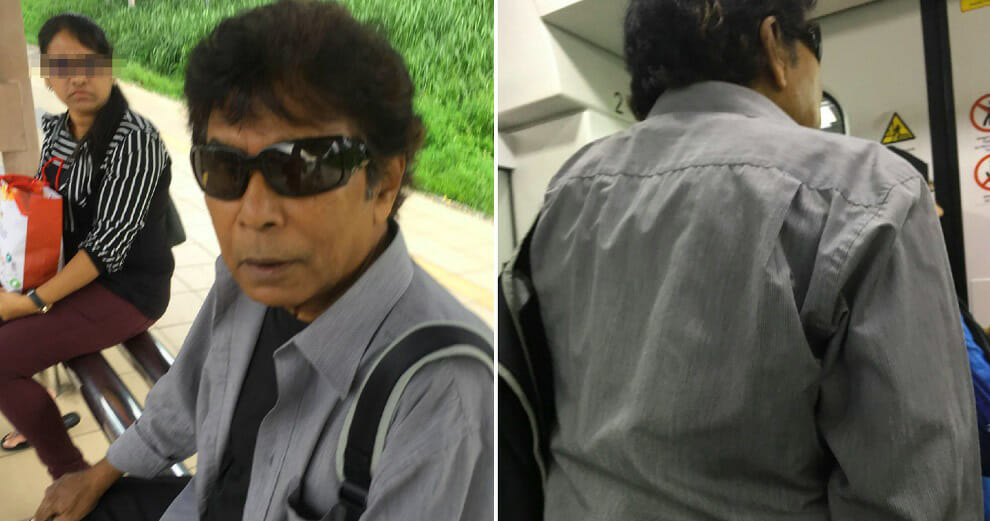 Not too long ago, a Singaporean man was caught taking photos of a girl on public transport, which caused outrage among Malaysian and Singaporean netizens alike.

Now, it looks like a similar, unfortunate incident also took place on our home turf yesterday.

A reader, who wished to only be known as Samantha*, reached out to us to share an unsettling experience she went through while taking the KTM train yesterday (24th May).

Samantha explained that she was waiting for her train at the Petaling KTM station when she noticed a man, who was seated about three seats away, taking photos and videos of her.

At that point however, she wasn’t sure if he was taking photos of himself or of her. However, her suspicions were confirmed when she saw the man angling his phone right at her! 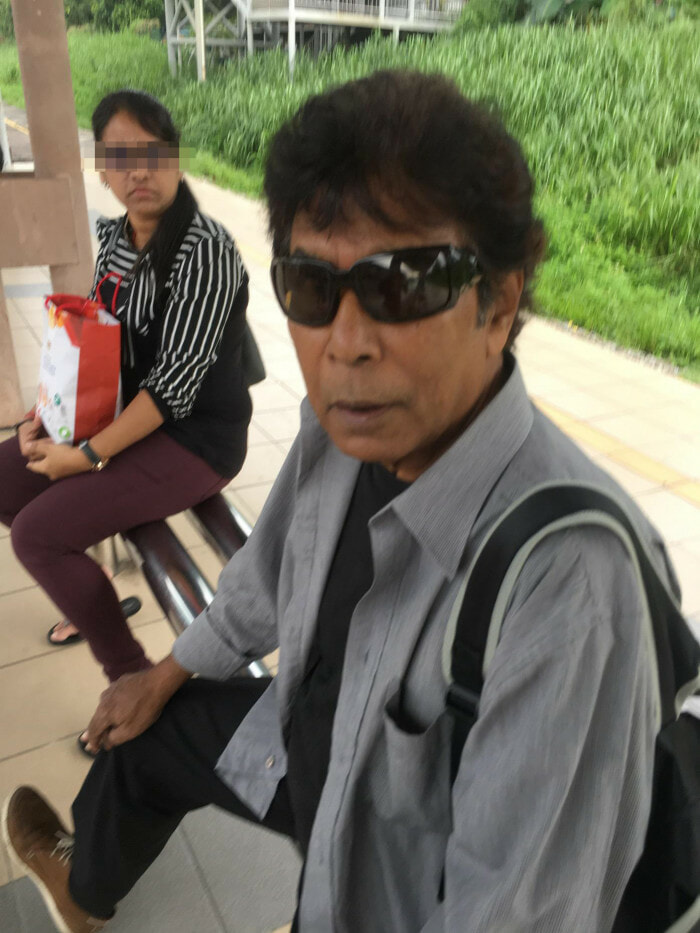 Upset by this, Samantha decided to confront the man. As she was walking towards him, he even had the audacity to still take photos of her!

“At this moment, everyone at the platform was just observing me as I confronted him.”

“He felt embarrassed and started saying, “Why are you doing this? Why are you making this a big deal? “Stop it!”.”

“I told him, “Of course I will make this a big deal, you are easily three times my age and you’re taking multiple photos of a young girl, what are you trying to do?”.”

The man then started denying that he took the photos and quickly started putting his phone back in his pocket.

Samantha still didn’t give up and asked him to show her the photos he took, but he refused to do so.

Then, the train arrived at their station. She was adamant on pursuing her harasser and followed him on the train. 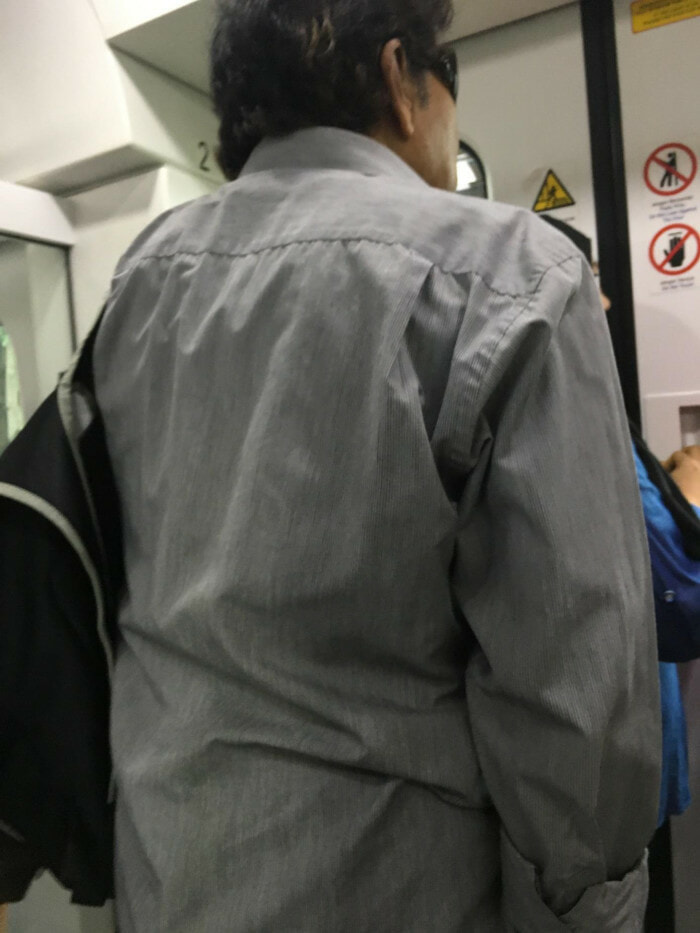 “I knew I wasn’t going to let this one go. In my mind, I am thinking, who knows how many other girls have been a victim of his creepy antics.”

When they reached KL Sentral, she decided to complain about the man to the police on duty near the exit barriers. 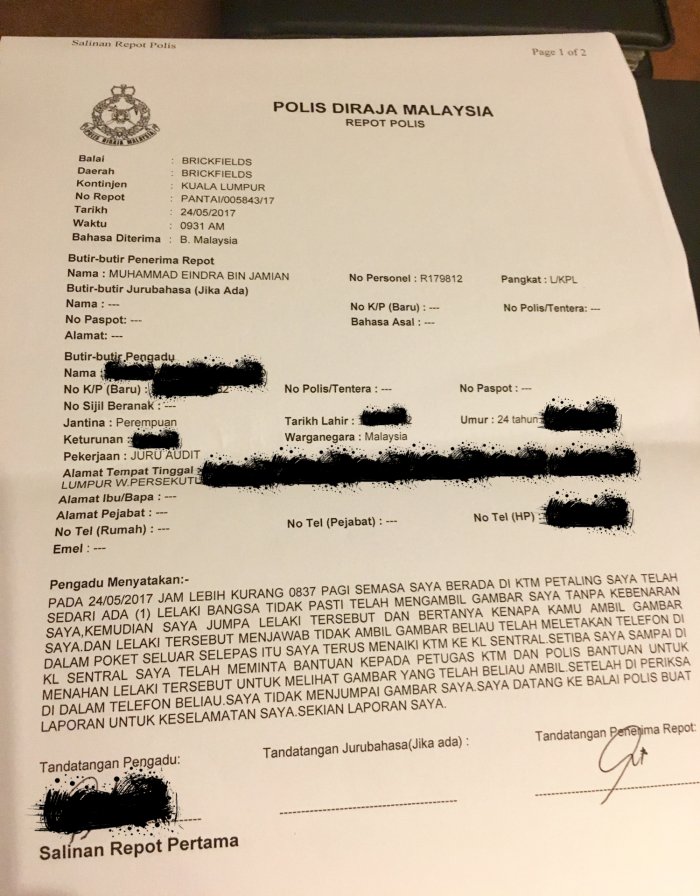 The man then happened to spot her talking to the police officer and quickly turned back towards the platform they came from.

“I followed him only to see him meddling with his phone, which I suspect he was attempting to delete all the photos and videos taken of me and perhaps other young women as well.”

When they finally caught up with him, the man then denied having taken any photos.

Samantha’s suspicions that he deleted everything were confirmed when they couldn’t find anything on his phone.

“I then went on to the nearest police station to make a report as I am extremely fearful of my safety, now that he knows my route of travel and I have to take the train to work every morning at the same time.”

She said she wanted to share her experience in hopes of educating other young women to always take action and not to be afraid of confrontations.

“There is no shame in confronting a person who has bad intentions. The more we women confront them, the lesser these incidents would happen.”

We commend Samantha for her bravery and hope the man will get what’s coming to him soon!

Disclaimer: All images featured in this article were submitted by the reader.

*Name has been changed to protect the privacy of the reader.

Also read: “She is Like My Sister,” Says Pervert Who Got Caught Recording Singaporean Woman 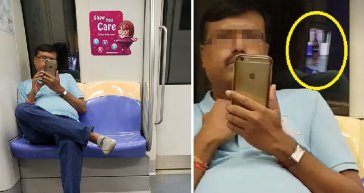