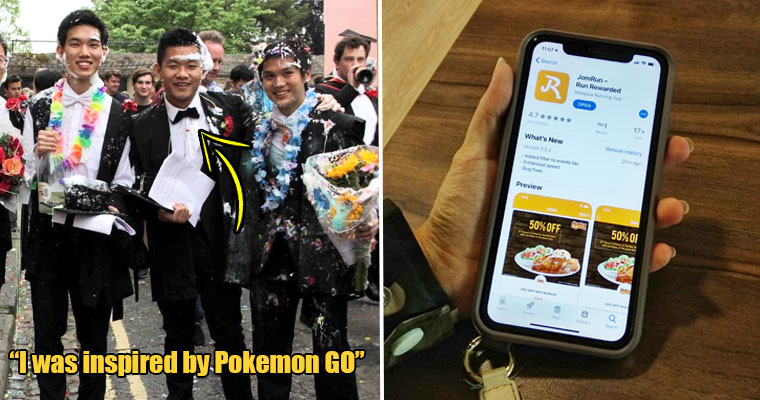 Born to a middle-class family in Johor Bahru (JB), Chang Yi Hern was just like any other Malaysian boy. He completed his SPM in Foon Yew High School in JB and while he was supposed to take the Unified Examination Certificate (UEC) exam, Chang decided to skip it altogether because his dream uni–Oxford University–did not accept UEC results. Here’s his inspiring story:

1. He was given a full scholarship… TWICE

Instead of UEC, Chang used his SPM results to get a full scholarship to do his A-levels in Methodist College Kuala Lumpur (MCKL) where he successfully achieved 4A*s.

With his A-levels results, Chang was given yet another full scholarship to Oxford plus, over 10,000 GBP (approximately RM50,000) living expenses per year, for all four years. 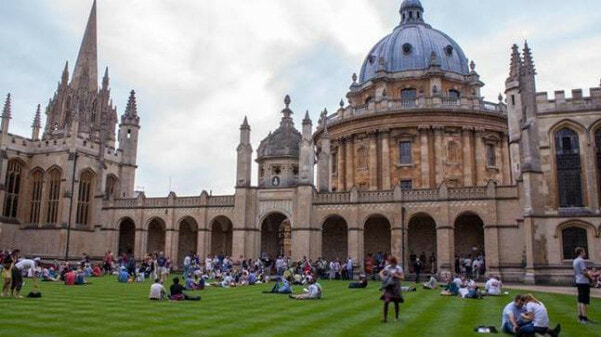 FYI, Chang was only one of TWO international students chosen to receive this Simon and June Li undergraduate scholarship to study in Oxford.

2. While in Oxford, the game ‘Pokemon GO’ inspired him to create his own app 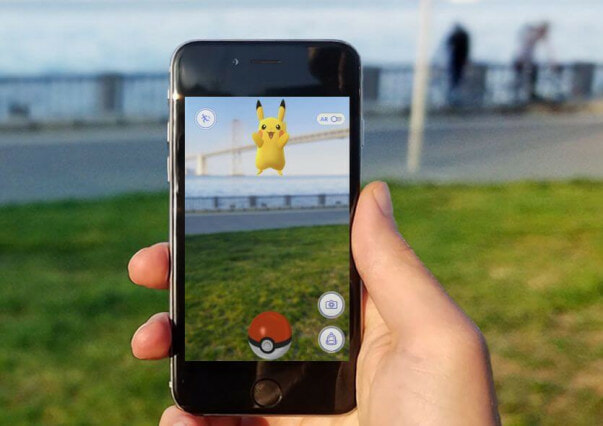 Chang enrolled for Oxford’s MEng in Engineering Science, focusing on Software, Information and Biomedical Engineering where he was supposed to study from September 2015 until June 2019.

Towards the end of his second year in 2016, Pokemon GO released and it became a huge hit. This inspired Chang to build an app of his own too. This, coupled with the fact that he used to be an avid long-distance runner himself in high school.

“A lot of people started walking, even running because of Pokemon GO. So, I thought, what if I could come up with an app that rewards people in real life whenever they run or walk? We would be able to encourage a healthier lifestyle altogether.”

3. Deciding to start JomRun meant that Chang had to let go of AMAZING, high-paying job opportunities 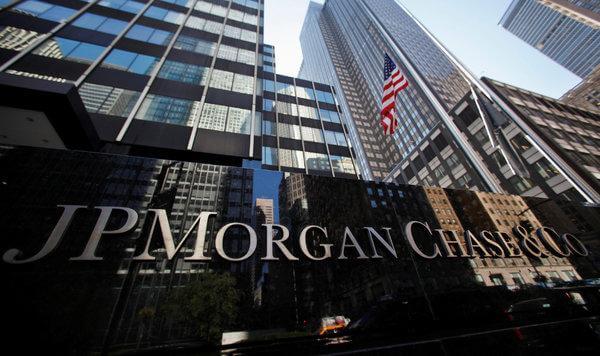 “I learned a lot during my internships at JP Morgan and AmInvestment Bank. However, I decided to pursue entrepreneurship because it was my dream and I am grateful to have been given the chance to choose my path.”

What made Chang change his mind was when he followed his managers for client meetings during his internship. Through keen observation and a curious mind, Chang saw potential from two viewpoints–that of the client and that of his manager.

“Ultimately, I made my choice to take on the role of the client, to be an entrepreneur, because of my passion.”

4. Chang dropped out of Oxford a year before he was meant to achieve his Masters to focus on his app 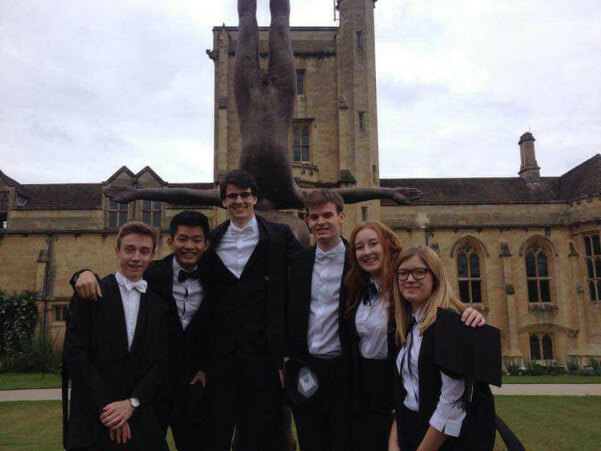 Because Oxford students aren’t allowed to start a business while studying, Chang’s senior tutor advised him to choose either one: Continue studying OR work full-time on his app and startup in the fourth year.

Chang chose the latter, and the rest is history. And although he did not receive his MEng cert because he did not complete the fourth and final year, Chang still received his BA in Engineering Science.

5. He worked multiple parttime jobs while studying to fund his app 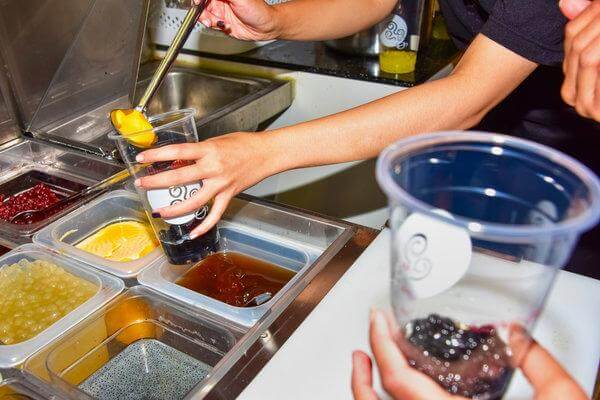 “I worked as a private tutor for A-levels students from other colleges and universities including Oxford Brookes. I even worked as a delivery guy, a bubble tea promoter, a stock investor, and more.”

All the savings Chang made went into funding JomRun but it was still a struggle, financially.

6. Adults didn’t take him seriously, even his family wasn’t supportive at first 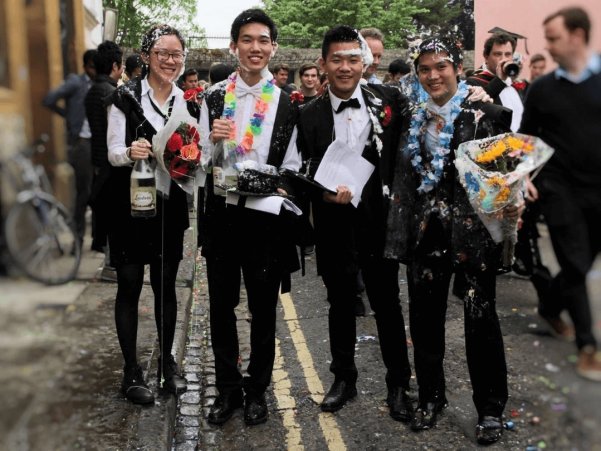 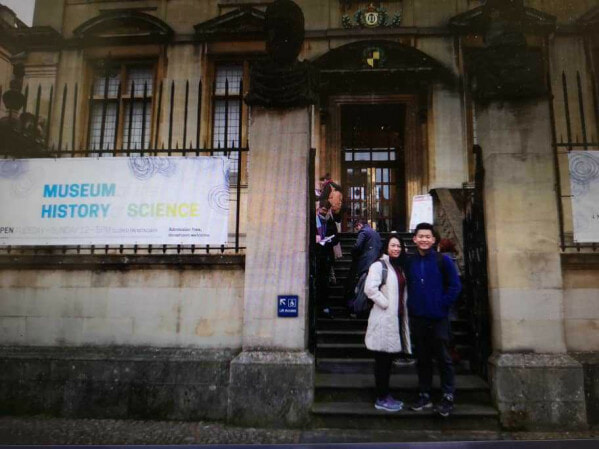 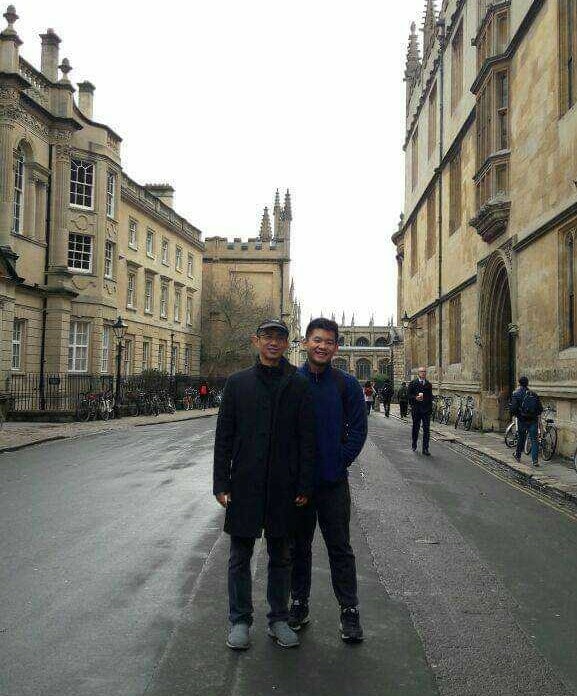 While trying to kick start his JomRun app, many adults told Chang to work full-time before venturing into his own business. Many were skeptical about how he would make a living with an app that gives users free stuff.

“I admit that one of my weaknesses was that I was inexperienced. It was hard for me to close deals with potential partners and collaborators because of my lack of business acumen. The adults wouldn’t take me seriously.”

In spite of all this, Chang still made an effort to wake up every morning at 3AM to make cold-calls to companies in Malaysia. He did this for two months before he finally closed his first deal. That’s quite a long time! 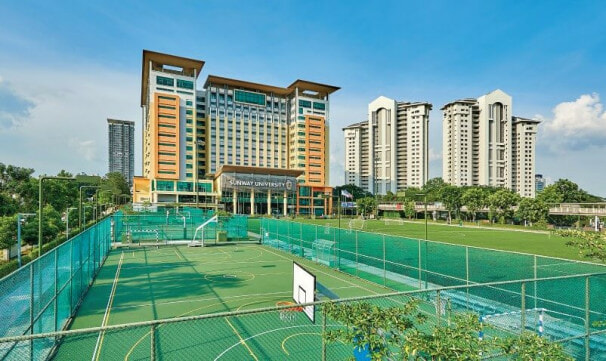 Towards the end of Chang’s third year in Oxford, his hard work paid off and he managed to get financial support from two established companies. From then on, his parents’ attitude towards his startup changed as well.

Today, his friends and family have been nothing but supportive of his work. Yaaay! 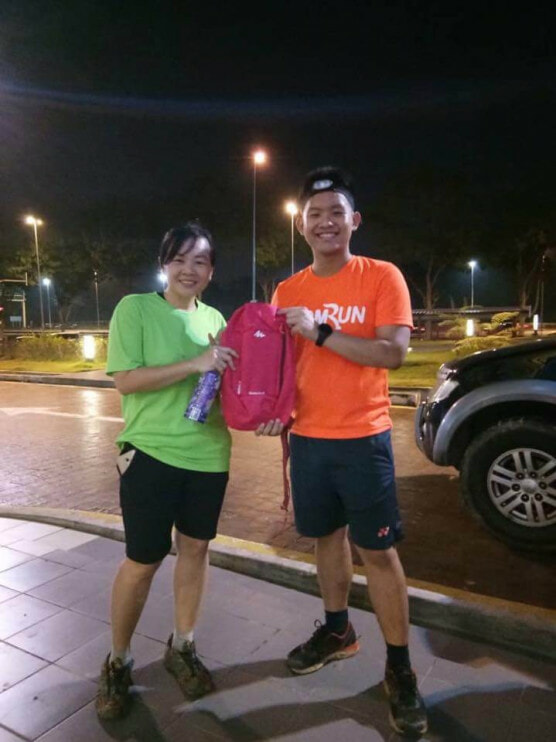 8. The entire JomRun startup is currently run by millennials 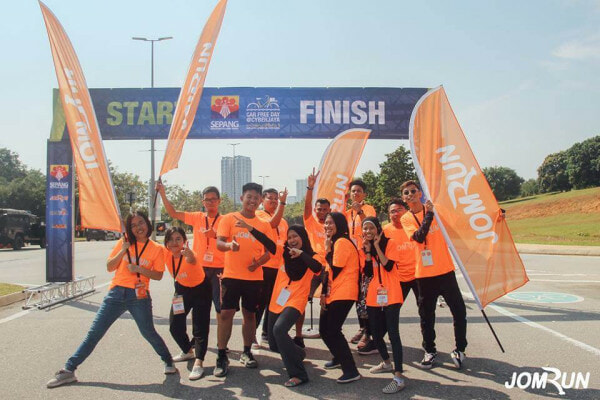 With just over 10 people in the entire team is actually aged between 20 and 34 years old only. In fact, most of them are actually just 22 and 23-year-olds!

“The team may be young, but those in their early twenties have plenty of strengths as well! We have more energy, we understand the younger generation better and as a millennial myself, I can understand my young teammates better compared to a 40-year-old manager.”

Evidently, this is why working as a team is crucial. Your teammates can compensate for your weaknesses and together, your different strengths can bring the group to greater heights.

9. JomRun is now the number #1 Sports app in Android and iOS app stores 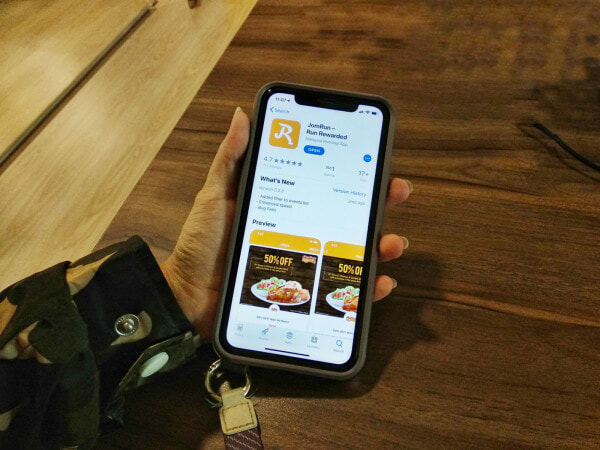 “The word “jom” is commonly used by Malaysians, that’s why I named the app JomRun. I hope to one day make Malaysians proud of this app and also, I hope to make this word known in places outside of Malaysia.”

Now that Chang has already achieved becoming the number #1 Sports app in Malaysia, Chang hopes to continue expanding into the rest of Asia and South East Asia.

“I want to bring “Jom” and Jomrun, of course, to an international level.”

10. Chang advises young people to “focus on acquiring knowledge, not the test results” 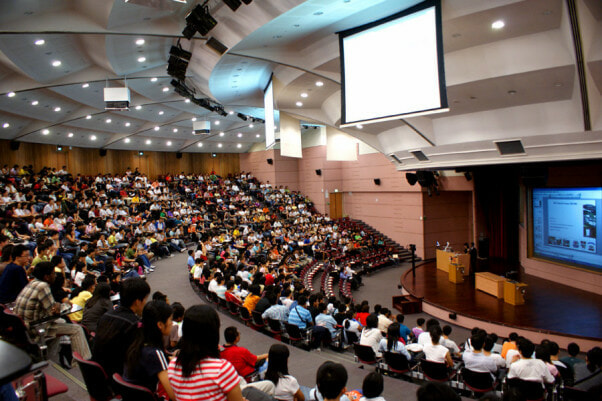 For display purposes only

“We are here to learn, not memorise answers. Throughout my studies, I had many friends who studied for results and memorised answers. After the exams, they would forget everything because they didn’t take time to understand. There’s no point in this.”

In a society where we’ve been taught that success = straight A’s, it’s important to remember this. Exam results aren’t everything.

Evidently, Chang is doing just that and thanks to his passionate team, JomRun is going places and it’s about to become even huger than it is now!

And in case you’re unfamiliar with JomRun, it’s basically an app you can use to track your walks and runs and get rewarded. The more you run or walk and points you collect, the more vouchers and discounts you can redeem through the app! 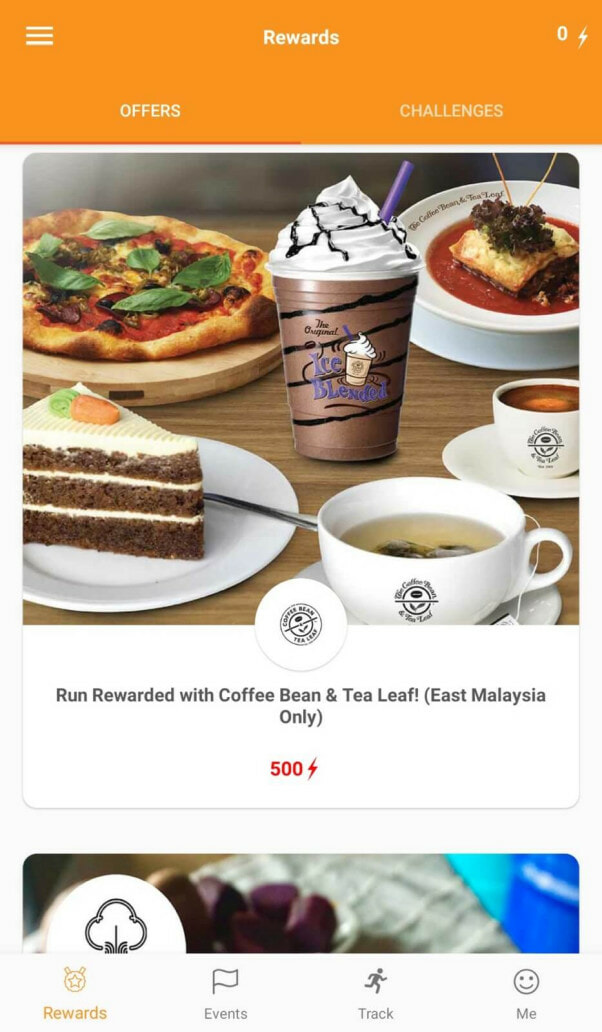 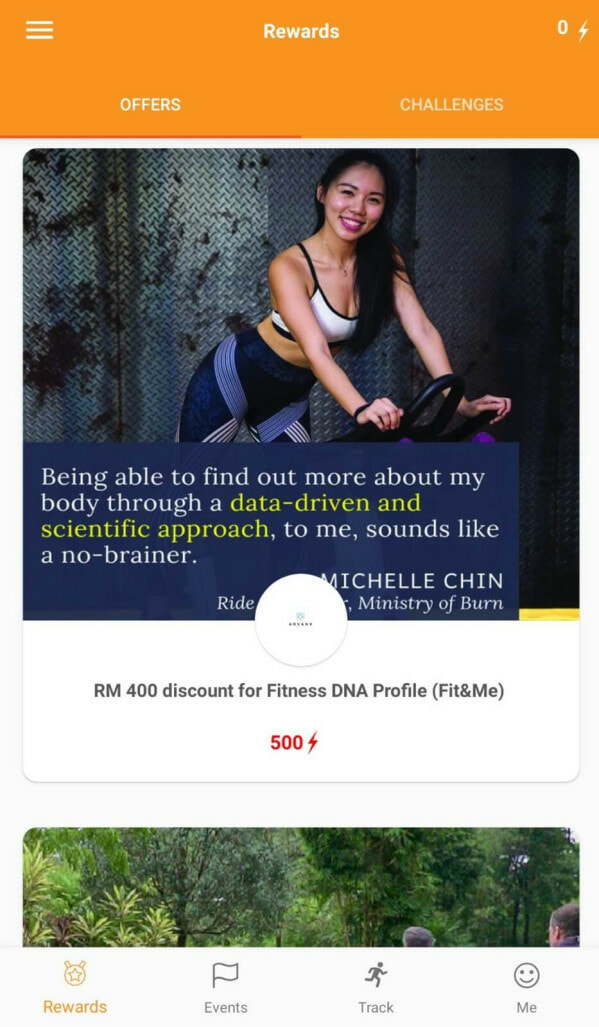 Additionally, JomRun also doubles as a platform where Malaysians can keep up to date on the latest runs, charity runs, and marathons happening around the country. You can even sign up for these runs via the app and avoid paying admin fees.

Regardless of whether or not you’re an avid runner, make sure you give JomRun a try as it may just encourage you to get out and clock in those hours on the jogging track… especially if you want to redeem free goodies. 😛

Chang also highlights that sports, in general, is a great way to bring people from different backgrounds together. In fact, he strongly believes that “we can utilise running events and activities to unite Malaysians everywhere.”