Adam Jenne, from Miami, Florida who was supposed to fly to Washington D.C. on a United Airlines flight insisted he did not want to use a face mask instead of using a piece of red women’s thong to cover his face and nose. In fact, according to the 38-year-old man, as reported by Insider, the use of a thong as a face mask is actually enough to prove that he has complied with the rules. As a result, he was ordered to be removed from the flight before the plane took off from Fort Lauderdale, Miami airport.

Through a viral video on social media, Jenne was seen being approached by a couple of flight attendants who asked him to get off the plane for not wearing a proper face mask. From the video, although he was still stubborn about the red thong, he finally got up and got off the plane

Probably shocked by the actions of the flight attendants, some passengers later also exited the plane as a sign of support for him. According to the report by Insider, Jenne revealed he disagreed with the rule that requires passengers to wear face masks while onboard the plane.

LEAVE IT TO THE #FLORIDAMAN! This guy from Cape Coral tried wearing a #thong as a #mask on a United flight in Fort Lauderdale today. He was kicked off the plane. TSA and sheriff were called but passengers remained peaceful. #airtravel #Florida #aviation #travel pic.twitter.com/kUnkXrgTY8

Therefore, he wants to do it in his way, which is to use a woman’s thong. Following the incident, Jenne revealed he has received an email from United Airlines informing him that he is now banned from boarding their flights until an investigation about the case is done.

Also read: You Will Not Be Able To Use Touch ‘n Go & SmartTAG Soon, Highways Moving Towards RFID 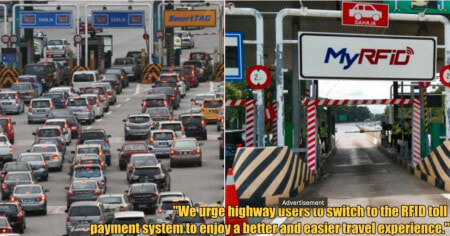