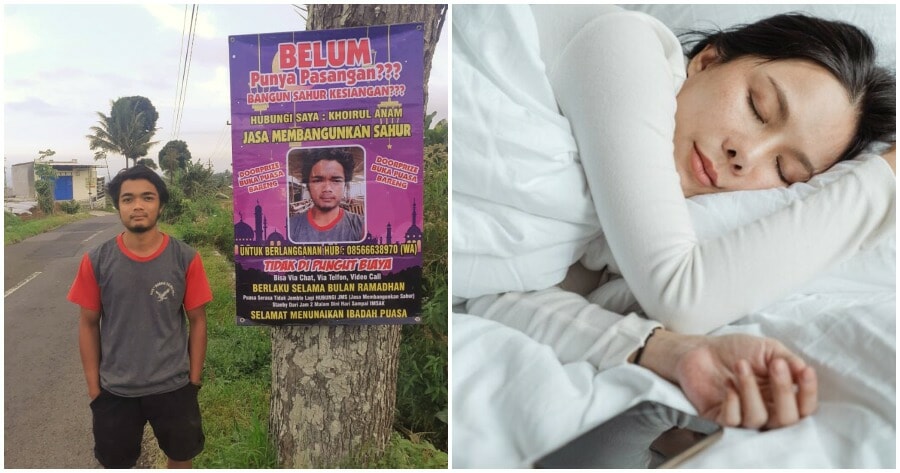 Source: anam_chenel | Instagram & Sleeping Next To Your Phone | Wing
ShareTweet

Settling into the holy month of Ramadhan, waking up for Sahur may be difficult for some individuals. Especially for those who live far away from their own families, or have no partners that can help make sure you’re up at dawn.

Recently, a young man from Magelang Central Java stole the spotlight when he put up a banner to promote sahur wake-up services through phone calls in conjunction with Ramadhan, Tibunenews reported.

The service offered by Khoirul Anam is specially catered for single people to get up for sahur and perform fasting perfectly, which he does for free throughout Indonesia. 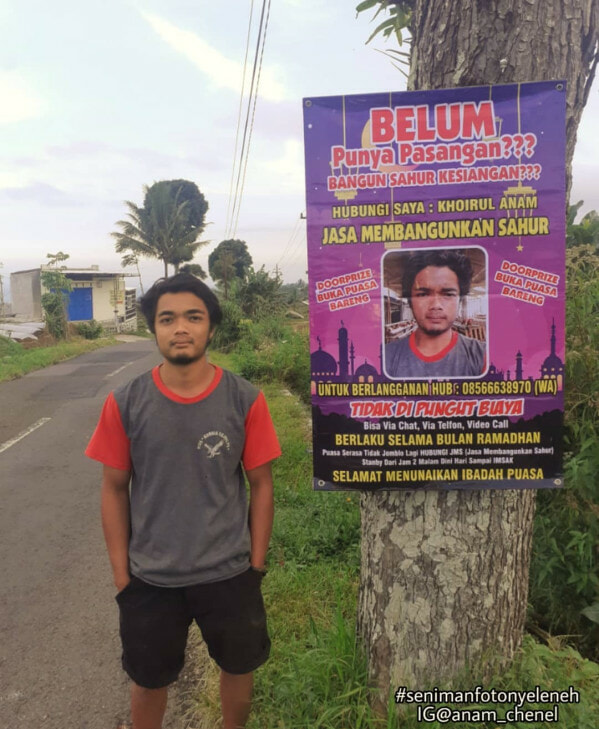 According to Tribunnews, he uploaded the service and promoted it on his Instagram page, @anam_chenel which garnered the attention of netizens and managed to gain a total of 11 customers on the first day. However, out of the eleven only three people picked up their phones – rough first day but they’ll get there.

“I startled 11 people, but only three woke up. But it doesn’t matter, the important thing is that I have tried.”

Khoirul explained that he gets ready from 2am until the time of imsak to dial up his customers and wake them up for sahur. Apart from that, he also offers to break fast together for those who are alone. Awww

He also shared that he did it for free because he was worried he would also fall asleep if he charged, and says there’s nothing to lose for both parties if it’s for free.

Nevertheless, this kind chap will surely be rewarded for his good deeds this month of Ramadhan. Hopefully, people take part in his initiative.

Also Read: This Restaurant In Puchong Is Offering FREE Nasi Lemak & Refillable Drinks For Everyone! 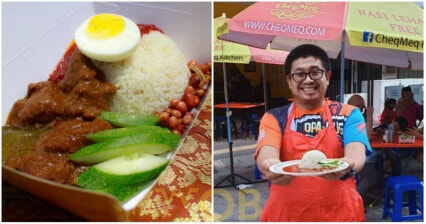