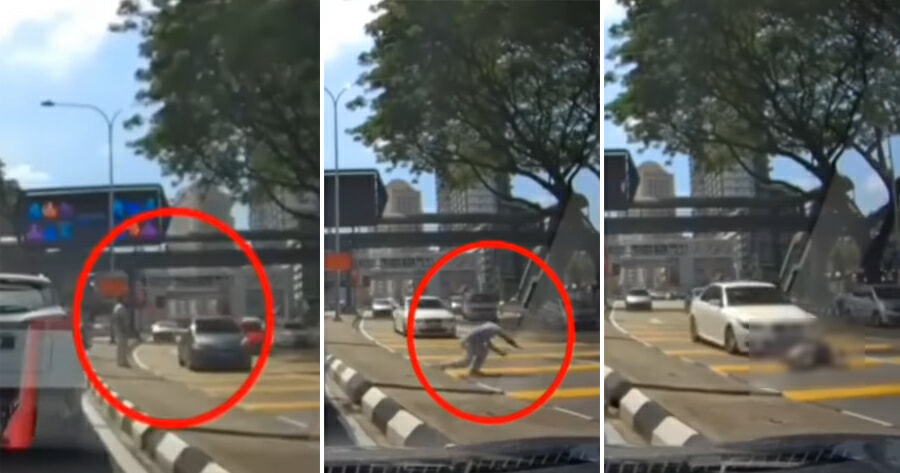 Warning: This article contains images/videos some may find distressing. Reader discretion is advised.

A horrifying video of a man almost getting run over by a car in Kuala Lumpur has been circulating on social media recently. The incident happened at 11am on Jalan Maharajalela on 17 March.

In the dashcam recording, the man can be seen standing on a road divider and about to cross the road when he loses his footing and falls onto the road, right as a BMW car approaches the scene. The man disappears under the car as the BMW fails to stop in time before hitting him.

According to NST, the victim is a 35-year-old Bangladeshi man, who survived what could have been a fatal accident with minor injuries to his arms, elbow, knee and some bruises on his forehead.

“Preliminary investigations showed the car driver could not stop in time due to the proximity of the victim and the car,” he said.

“After the crash, the driver got out of his car and he then rushed to send the injured victim to Kuala Lumpur Hospital.”

Zulkefly said the victim was taken to the hospital’s emergency department and then given outpatient treatment in the green zone and was allowed to return home the same day.

He added that the case is now being investigated under Rules 50 LN166/59 for obstruction of traffic. 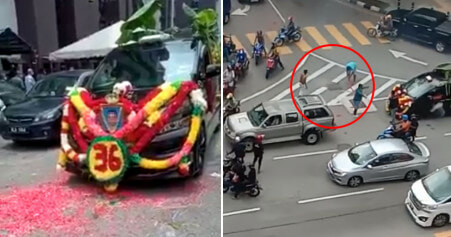