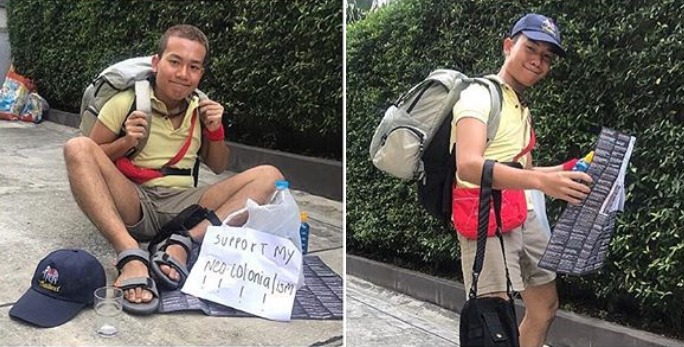 The begpacker culture, which is normally practised by tourists from the Western countries, is when they beg for money in a country – normally an Asian country – that they are visiting so that they can fund “their trip home” or “their next adventure”. What even?

Inspired by that controversial culture, a Thai netizen decided to go as a “white begpacker” for Halloween in 2017. In a Facebook post which has gotten over 4,300 shares, Chai wrote,

“Since yts (whiteys) want to appropriate our culture for their Halloween costumes, I thought it would only be appropriate to do the same…” 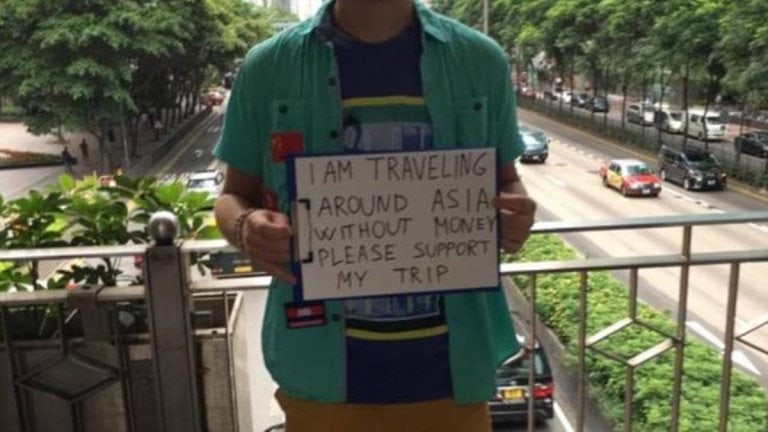 Western people tend to appropriate other ethnicities’ cultures, especially when coming up with Halloween costumes. One of their most notorious mishaps was Blackface costumes where they dress up as Africans, insultingly using black face paints to simulate the skin tone.

So, in a quest to give these people a taste of their own medicine, Chai dressed up as a “white begpacker”. He elaborated,

“…and so I raise you the scariest Halloween costume of all: WHITE NEO-COLONISING FARANG BACKPACKER CHIC. He can’t wait to discover himself in Asia (whatever that means), loves sexy obedient Asian women and rants on and on about how unfair Thai(s) are towards the Caucazoids. There (are) different variations of this costume, but (the) only specific greasy pack is available this Halloween.”

Since yts want to appropriate our culture for their halloween costumes, I thought it would only be appropriate to do the same, and so I raise you the scariest halloween costume of all: WHITE NEO-COLONISING FARANG BACKPACKER CHIC 😎. He can't wait to discover himself in Asia(whatever that means) , loves sexy obedient asian women and rants on and on about how unfair thais are towards the caucazoids. There's different variations of this costume, but only this specific greasy pack is available this Halloween. 🙂

It’s important to note that Chai dressed up as a “white begpacker” for 2017 Halloween; perhaps, his post has re-emerged because Halloween is just around the corner. What are your thoughts on Chai’s costume? Do you think it’s hilarious? Let us know in the comments below! 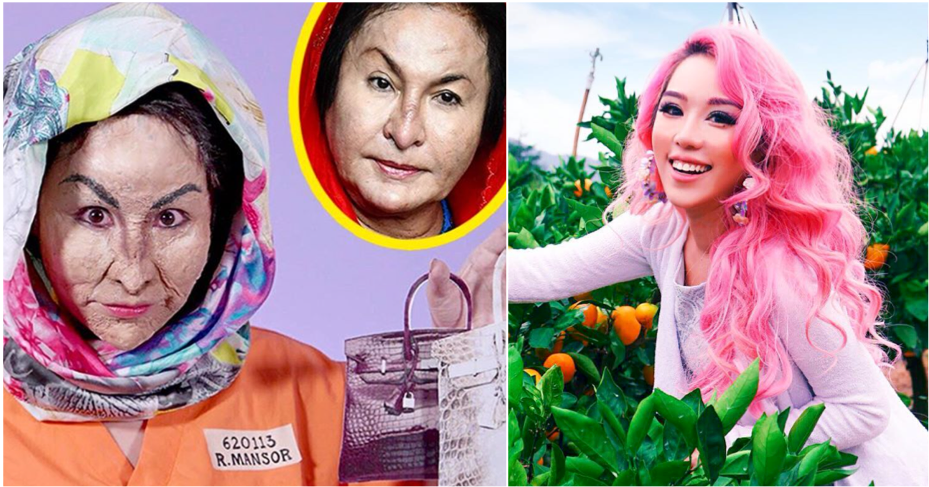