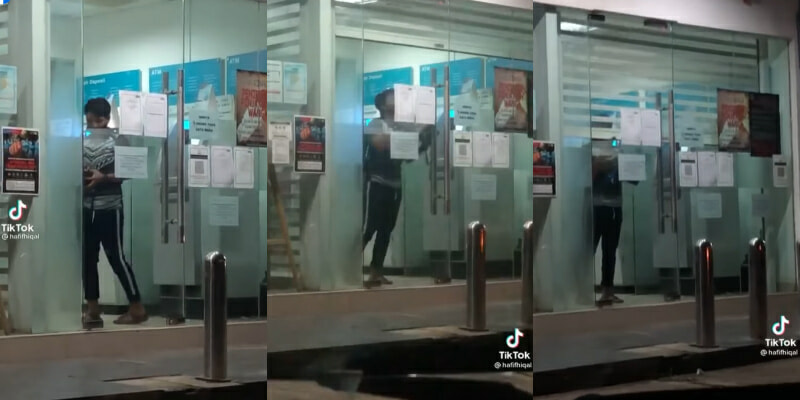 We all should know by now that some services may not operate after 8pm, following the SOPs set during lockdown.

This one man visited an ATM just before it was about to shut, only to find himself stuck because of an auto-lock system in place.

In the video, the man can be seen finishing up his banking only to find that the door has been automatically locked.

To make things worse, a security curtain also locked the man inside, all of which was caught on tape.

“Dreams do come true. Now you can sleep surrounded by all that money.”

With the video ending with the man getting stuck, netizens were not informed of what was to become of the man inside the bank.

We urge members of the public to not attempt this theory, in fear that it will bring more harm than good.

Also read: Malaysian Man Gets Locked Inside Bank When He Tried To Withdraw Money At 12am 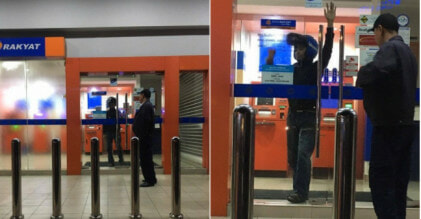