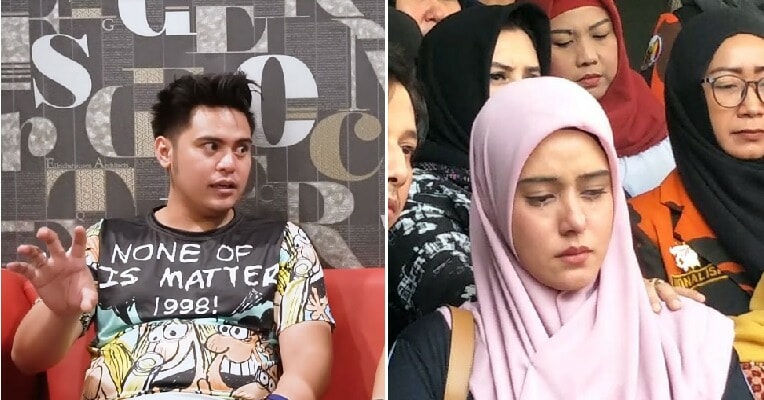 Some things should be kept private but it looks like Indonesian soap opera actor Galih Ginanjar didn’t get the memo because he just insulted his ex-wife very publicly online recently. He appeared as a guest on a Youtube channel hosted by TV presenter Rey Utami on 15th June and decided to describe his sex life when he was married to actress Fairuz A Rafiq. They had divorced in 2015. 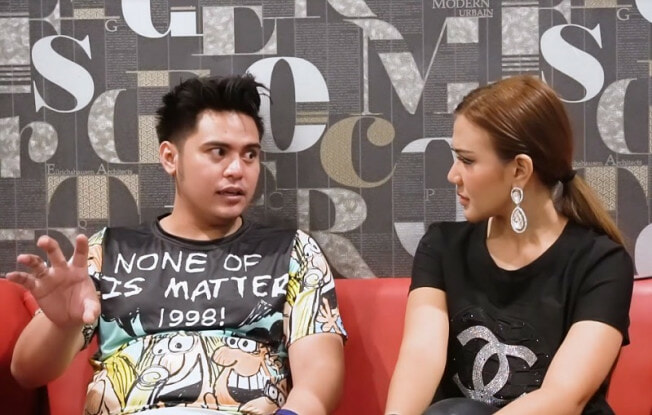 According to Detik, Galih had appeared in the half-hour-long segment where Rey had asked him questions about his personal life. During this interview, Galih revealed his sex life with Fairuz and even described her genitals, saying that it smelled like “salted fish.” He then went on to say that their sexual intercourse “usually lasted 15 minutes” and upon hearing this, Rey couldn’t control her laughter. Doesn’t this duration say more about your skills in bed than your ex-wife’s, Galih?

He said the smell was so bad that he “didn’t enjoy sexual relations with her” and he even brought her to the doctor to check it out, Okezone reports. The video went viral and on 1st July, Fairuz, who is now married to actor Sonny Septian, filed a police report against Galih and Rey. 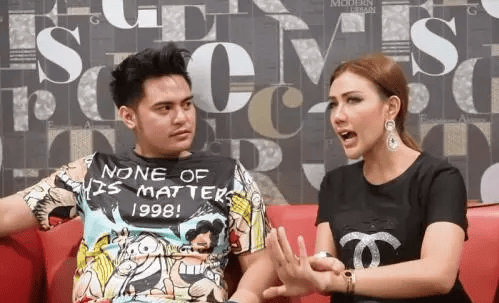 The couple had gone over to the Jakarta Metro Police HQ with their attorney, celebrity lawyer Hotman Paris Hutapea and in their report, they said that both Galih and Rey were spreading immoral content about Fairuz. Hotman had posted on his Instagram account that Fairuz planned to report Galih on 28th June.

“Fairuz will rise, she will file a police report on Monday 9am at Jakarta Metro Police under Article 29 verse 1 UU ITE which carries a prison sentence of six years! The laws on harassment against women have been very weak for too long!” Hotman wrote in the caption, as translated by Coconuts Jakarta. 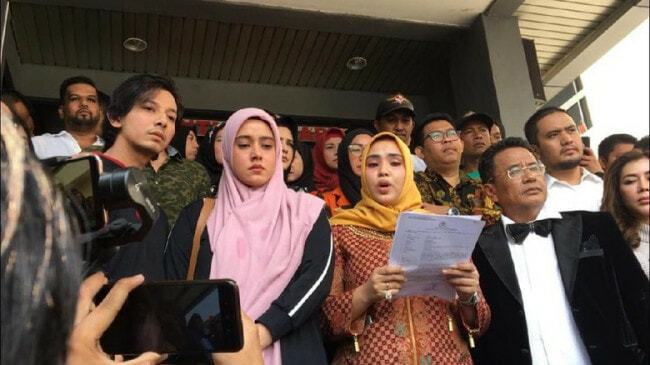 Fairuz, who said that she was insulted and hurt by Galih’s comments, released a statement and her sister Ranny Fadh Arafiq read it out to the reporters. Her family is also enraged by Galih’s insensitive comments and vowed to pursue legal action on her behalf.

“I, Fairuz, a Muslim woman who’s also a mother and wife, have never done anything despicable. All of a sudden, my former husband, who has been divorced from me since 2015, in cooperation with the owners of Rey Utami and [her husband Pablo] Benua’s Youtube account, spread immoral words [about me] in their video,” she said. 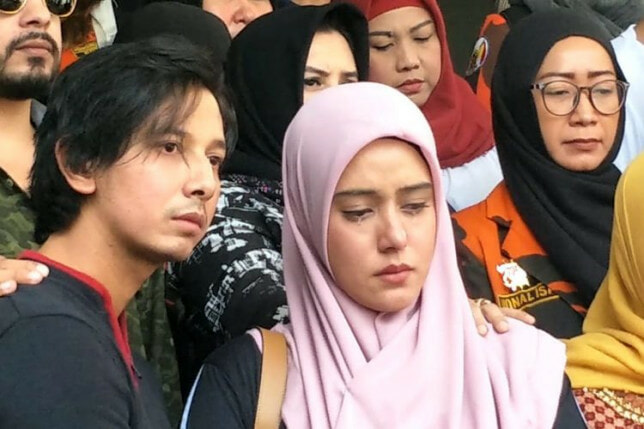 “Those immoral words have badly hurt Fairuz’s heart as well as all Indonesian women, and they have brought great shame to my husband and my family. What made it hurt even more was that the [Youtube] account owners, Rey Utami and Benua, were laughing while spreading the immoral content, by encouraging everyone to subscribe and publish it as many times as possible to increase their subscriber count,” the statement said.

If convicted, Galih can face up to six years in jail as the case will be investigated under Article 29 verse 1 UU ITE. Following the backlash from the incident, Galih’s Instagram account has been set to private while Rey has disabled the comments on hers. Galih has remarried Barbie Kumalasari, another celebrity, and he has a son together with Fairuz.

It isn’t cool to air your dirty laundry like that, especially in front of the public! A gentleman never kisses and tells!

Also read: M’sian Divorces Wife Because She Didn’t Bleed During Sex, Accuses Her of Not Being Virgin