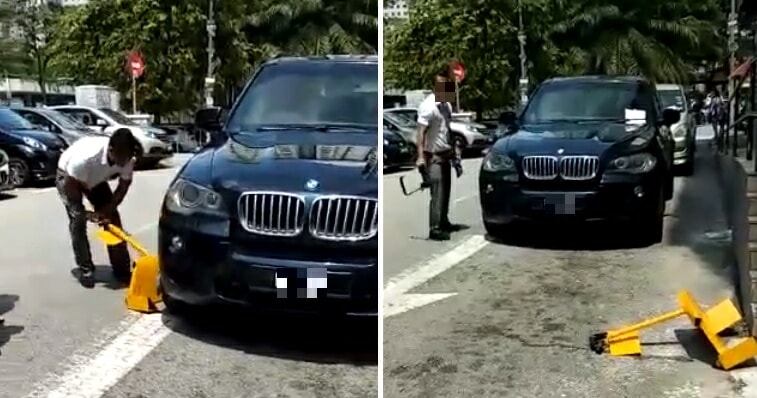 If you park in illegal parking spaces, you know fairly well that you are taking a risk as you may get a summon or even get clamped anytime. For most of us, we would only sigh and have no choice but to pay the fine as we know that we are in the wrong and we deserve it if we kantoi. 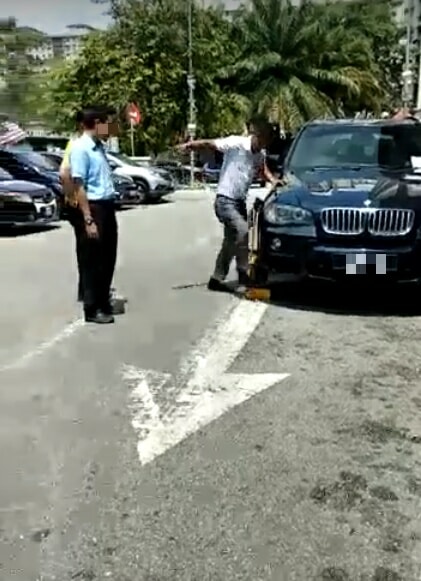 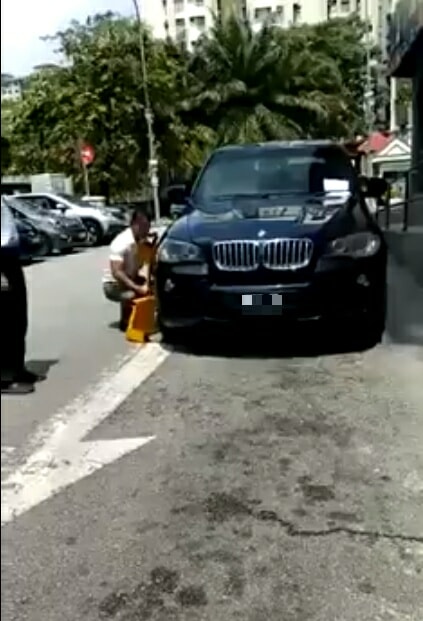 A recent video that has been circulating on social media shows a man who is the driver of a fancy BMW vehicle destroying the clamp on one of his front tyres. It is believed that the incident took place near a row of shops in Taman Desa but it is unclear when this incident took place. In the video, the driver can be seen kicking and stamping the clamp that’s latched onto his vehicle as a few other passersby were looking at his antics.

After a few kicks to the clamp, he pulls at the metal handle and even manages to bend it with ease. The disgruntled driver then proceeds to separate the clamp into two and throws one part of the clamp to the side. He removes the metal bar around his wheel and throws that away as well as stunned spectators looked on. Side note, why is the clamp so easily dismantled though? 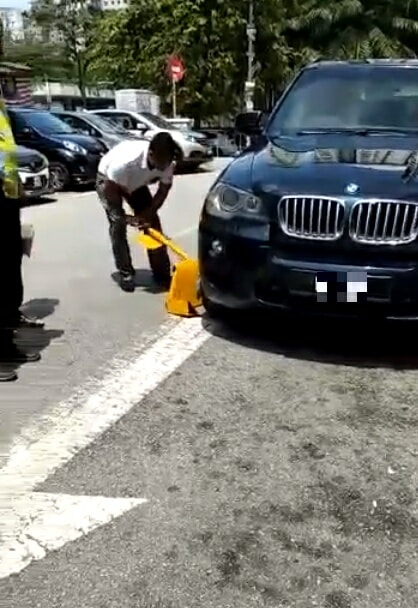 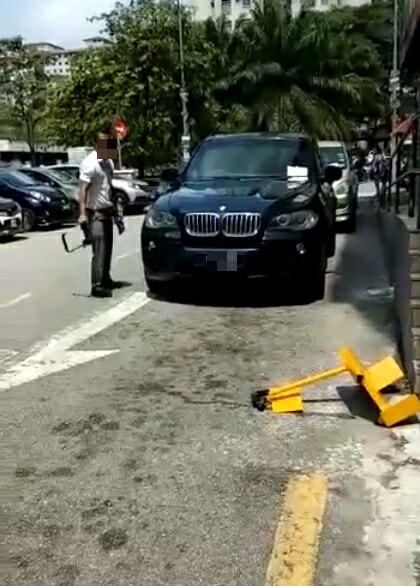 One of the spectators who was taking a video of him told the camera that they had tried to stop the man and advised him to call the authorities to remove the clamp but he did not listen. The driver is then seen scolding the people who were taking videos before he gets into his BMW car and drives off, without bothering about what looks like a summon or notice stuck on his windshield.

Netizens who saw this video were shocked at his uncivilised behaviour and condemned him heavily, saying, “If you have the money to buy a luxury vehicle, you should have the money to pay for the clamping fee as well.” Many of them also said that his actions were very disrespectful and that he should be punished accordingly. A few of them were puzzled as well over the flimsiness of the clamp and wondered why it could be removed so easily.

If you know that you’re in the wrong for parking illegally, then you should own up and suffer the consequences! 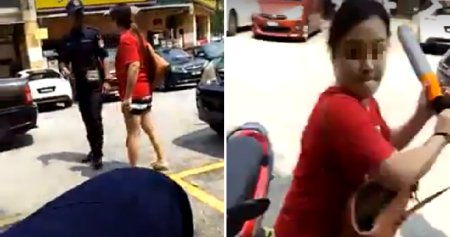