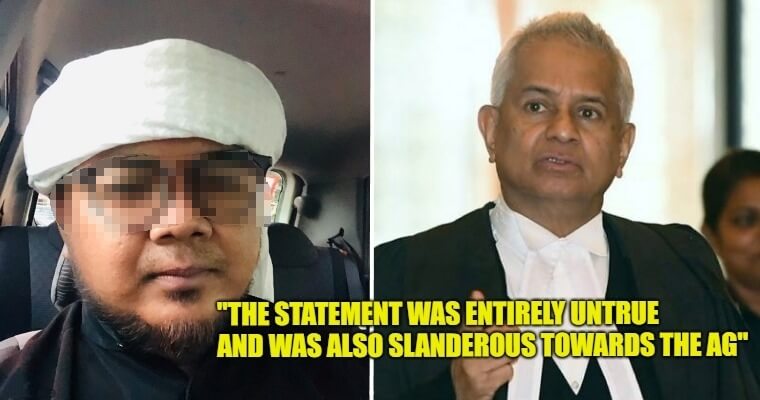 Recently, there’s been a string of arrests regarding people offending religious sensitivities, including a 68-year-old man for insulting Prophet Muhammad on Facebook and a 37-year-old man for desecrating a surau. These cases have caused a tense atmosphere of disharmony when we should remember that we are all fellow citizens who love our country.

In a report by Malaysiakini, various groups including UMNO and PAS have accused the Attorney-General’s Chambers (AGC) of being too lenient with people accused of insulting Islam. Attorney-General (AG) Tommy Thomas has not taken such allegations lying down and has immediately lodged a police report against such claims.

In light of the retaliation, Facebook user Mohd Shahrizan made a public apology to Tommy. He had previously accused Tommy of being anti-Islam in a viral post but apologised just hours after Tommy lodged the police report, according to Malaysiakini. 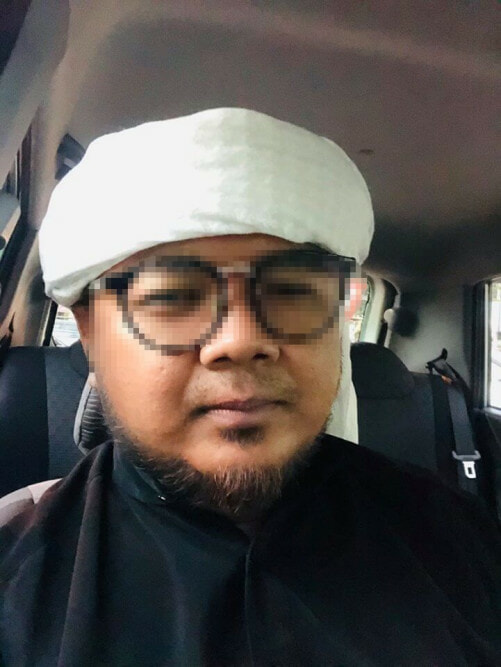 Mohd Shahrizan had posted a message claiming that Tommy said, “Those who insult Islam and the Prophet are not criminals, they reserve the right to express their views.”

In the Facebook post, Mohd Shahrizan said he wanted to apologise as he learnt that the allegations were untrue. “I was made to understand that the statement, which had gone viral, was entirely untrue and it was also slanderous towards the AG, which could tarnish his reputation and good name,” Mohd  Shahrizan said.

“I realise that I should have been cautious to ensure all information was true before uploading the statement so as to prevent any slander or other issues,” he continued.

He added that he was unable to control his anger when he posted the message as he was emotional over how a netizen had criticised Prophet Muhammad and his wife. 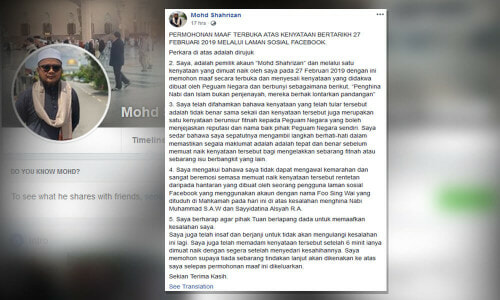 Mohd then implored Thomas not to take legal action against him, promising never to do it again.

A source from inside the AGC has since informed Malaysiakini that the police report was not against Mohd Shahrizan.

Netizens naturally had some comments regarding the apology. 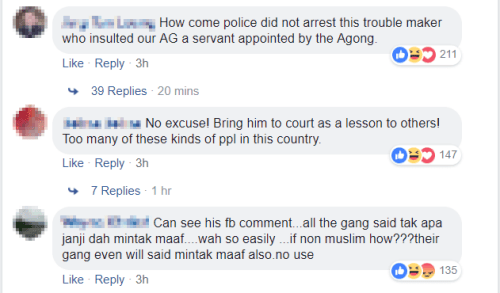 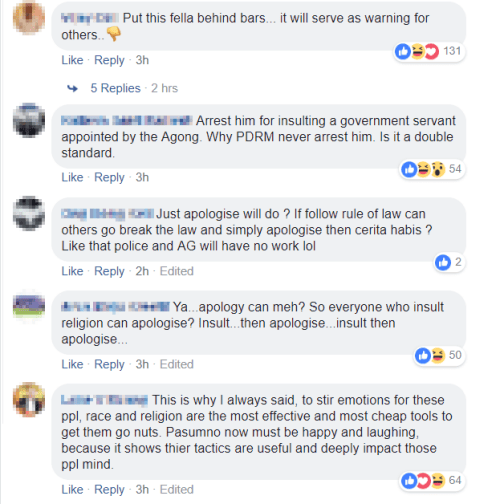 Well, giving others the benefit of the doubt is the key to living harmoniously in a multicultural country. No matter what, we should all strive to maintain a culture of respect and understanding in our society.

We hope the false accusations towards Tommy get busted and the instigators are held responsible. What do you guys feel about the apology? Let us know in the comments! 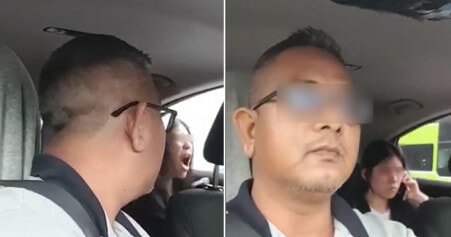