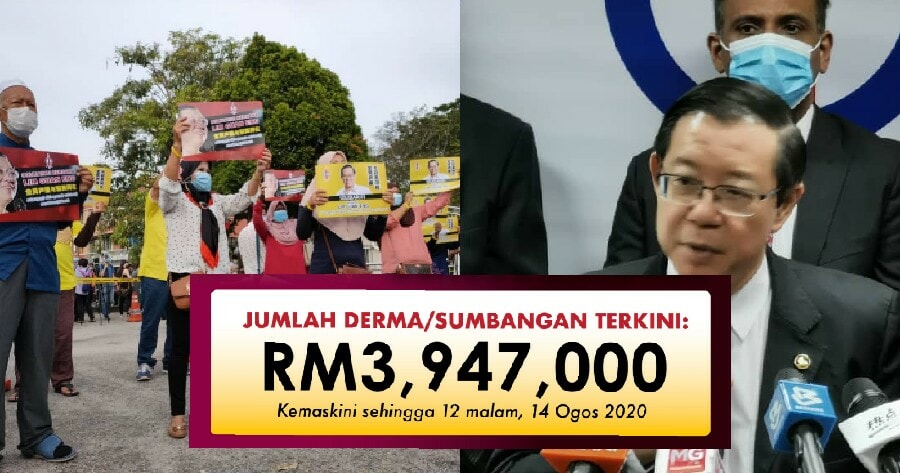 Only the courts could prove whether former Finance Minister, Lim Guan Eng is innocent or guilty of the corruption charges that he’s facing. However, one thing that’s undeniable is that his supporters are still 100% behind him.

The ‘RM10 Solidarity with Lim Guan Eng’ fund-raising campaign which was launched to show support for the former Finance Minister for his court cases has now collected a whopping RM3.947 million within one week.

This was confirmed by Member of Parliament for Damansara and also Democratic Action Party (DAP) National Publicity Secretary, Tony Pua in a statement today. 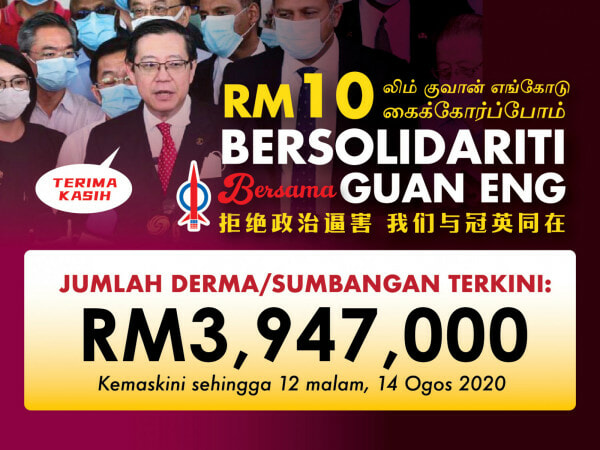 For those of you out of the loop, DAP launched a 1-week RM10-per-person ‘Solidarity with Lim Guan Eng’ fund-raising campaign last Saturday (8 August) with the objective of raising funds to bail Lim Gua Eng for the 3 charges made against him.

“The response has been incredible and has exceeded all expectations. This goes to show that the people are extremely angry at the brazen political persecution carried out by the powers that be against Lim Guan Eng in a case that bears no merit.”

Last Tuesday, the political party announced that they have received a total of RM2.9 million, well over the total bail amount of RM1.1 million which was set by the Kuala Lumpur Session Court. However, Malaysians continued to donate generously to the campaign. That’s some incredible support for the Lim, who is also Member of Parliament for Bagan! 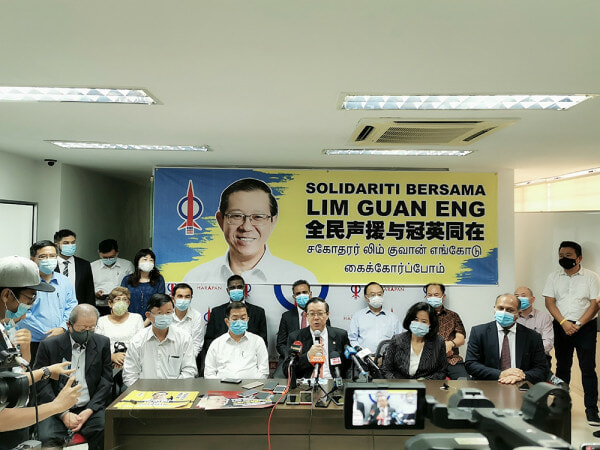 Press conference by dap regarding the charges against lim guan eng

So, what would happen to the rest of the surplus money after it is used for paying bail? Well, Tony Pua explained that the funds will be used for “General Election to fight the backdoor government and return the mandate to Malaysians who voted for change in 2018.”

In a similar situation back in 2018, the RM1 million bail funds collected from a previous solidarity fund for Lim Guan Eng was donated to the  Penang Future Foundation (PFF) for its full scholarship programme. 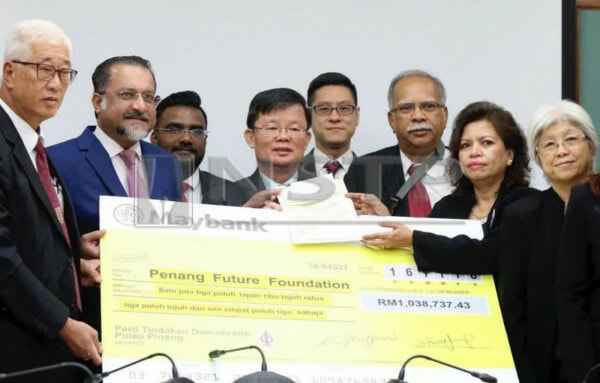 As reported by the NST, this was from a 2016 charge which Lim was ultimately proved innocent and acquited of.